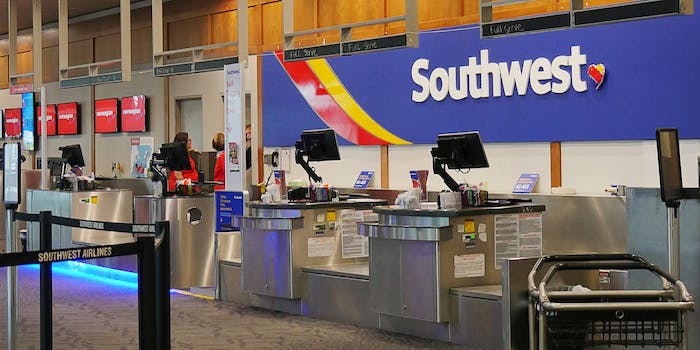 The employee pointed and laughed at the child, the mom said.

A Southwest Airlines agent reportedly mocked a 5-year-old girl’s name in to her face, and then posted her boarding pass on Facebook.

Traci Redford and her daughter, Abcde (pronounced Ab-city) Redford, were at the John Wayne Airport in Orange County, California, getting ready to board their flight to Texas when Redford says her daughter was ridiculed by an airline employee. They handed their boarding passes to the gate agent, and “the gate agent started laughing, pointing at me and my daughter, talking to other employees,” Redford told ABC 7.

The incident happened on Nov. 4, but it wasn’t until later that Redford learned that the agent had taken a photo of her daughter’s boarding pass and posted it on Facebook. A friend saw it and reported the image, then let Redford know. She said after two weeks of working through a formal complaint, Southwest Airlines hadn’t done anything.

Southwest did eventually issue a public apology, saying, “We extend our sincere apology to the family. We take great pride in extending our Southwest Hospitality to all of our Customers, which includes living by the Golden Rule and treating every individual with respect, in person or online.”

In the statement, Southwest also said it had followed up with the employee who posted the picture, but due to company policy, it would not be revealing if that follow-up included any kind of disciplinary action. According to the statement, this is being used, “as an opportunity to reinforce our policies and emphasize our expectations for all Employees.”