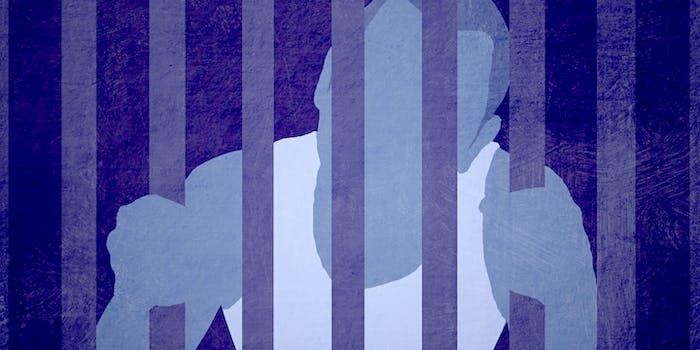 A group of men rap and wave guns—at least what looks to be guns—in a YouTube video. A man live streams himself driving nearly 200 mph. Two friends use messenger to set up a place and time to rendezvous for a drug buy. A man with a private, locked account posts video of himself having sex with underage girls. A known shoplifter posts a picture on Instagram in which he’s wearing a shirt that matches the description of one that was stolen. The president tweets his displeasure with the special counsel investigating him.

Which of these records may be used against them in court? Everything.

As social media has become ubiquitous with modern life, the use of the things we post online as evidence has risen dramatically. As Roger Stone has learned, it’s clearly not a good idea to publicly post about ongoing cases. The same can be said of illegal activities, particularly on platforms like Twitter, where there is no little or no expectation of privacy. But many are probably unaware that even a private account with a relatively small number of friends or followers can be “public” in the eyes of the law, and therefore admissible in court.

In fact, a simple warrant for social media records based on the probable cause can give police access to your private posts and messages—even ones you’ve deleted. To paraphrase Mark Zuckerberg’s fictitious girlfriend in The Social Network, the internet is written in ink.

The state of social media as evidence

In January, police in Jacksonville, Florida, called a press conference to pat themselves on the back for Operation Rap Up. The investigation led to the arrest of several alleged gang members for illegally possessing weapons, which is prohibited for people with felony records in the state. The sheriff told media that at least some of the evidence had come from YouTube videos like this one.

Jacksonville police are far from the first to use social media records in an investigation. All over the nation, police are increasingly turning to the internet to gather evidence about suspects, and such material is showing up in civil suits more often, ranging from divorces to personal injury claims and everything in between. If you file suit claiming that an injury sidelined you from professionally playing basketball, yet later post pictures of yourself shooting hoops, as the defense argued in a recent New York case, the court very well may give the opposition access to your devices and even allow the recruitment of data mining experts to comb through them for evidence.

Last September, an article published by the American Bar Association noted that you could also be required to preserve evidence if it is reasonably foreseeable that it will be relevant in litigation; in the most severe cases, if you fail to do so, you and/or your attorney may be sanctioned. So think twice before you start deleting those tasty pics from Vegas that arguably establish that you might not be quite as infirm as you are claiming in a personal injury case.

This type of evidence does present some legal quandaries, however. Attorneys for the men in Florida who were arrested for brandishing weapons in rap videos—which the sheriff there referred to as “the gang graffiti of the 1980s”—could argue that the video was shot prior to the felony conviction, rendering possession of weapons permissible. They could also claim that the weapon was fake. (It can be nearly impossible to differentiate between real and fake firearms by sight alone; some fakes are so cleverly designed that it can be difficult to tell the difference in real life.)

Location can also be an issue. If a video comprises the sole evidence of a crime like breaking and entering, establishing where it occurred could be necessary to obtain a conviction, criminal defense attorney Finley Williams told the Daily Dot. “[Police] have to prove it happened in [their jurisdiction], which can be tricky,” said Williams, a former prosecutor. He added that in such cases, law enforcement may be able to establish location with data from your device.

Although the use of social media records in court has and will continue to increase, it hasn’t been without pushback. In March 2018, a Pennsylvania appellate court upheld a lower court’s refusal to admit into evidence photos of bloody hands that the prosecution claimed the defendant had posted on Facebook and sent via Messenger. The court held that, because Facebook accounts and posts are easy to fake, to admit the evidence, there must be independent corroboration that the posts were made by the accused.

Other courts have applied slight variations of standards for admitting the evidence. The most common and lowest threshold, often known as the “Texas standard,” is that of the so-called reasonable juror. It basically states that if a reasonable juror can conclude that the evidence is what the litigant says it is, then it is admissible.

A few states, like Illinois, have held similarly to a Pennsylvania court that required at least some additional evidence to authenticate it. Authentication could be as simple as asking the person alleged to have posted the evidence or as involved as combing through metadata on a device maintained by the social media company itself.

A bit of an outlier, Maryland has one of the highest bars for admitting such evidence. In a 2011 case involving Myspace records, the state Supreme Court established a standard requiring the adversarial party introducing the evidence to prove that no one else was the author.

The state of social media cooperation

Citizens are not all-in on the idea that law enforcement can use evidence from social media against them, particularly when the materials are the sole evidence that a crime actually occurred. Comments on a video of the press conference announcing Operation Rap Up ranged from the usual cheers from cop groupies to jokes like, “It makes me wonder if they were sitting around the shop watching YouTube videos, I’m gonna say MMA, gun and cat vids and this one popped up, they watched it and went full on Super Troopers.” There were also more cognizant concerns about the reliability of the evidence.

“How do they know if they are real guns or props?” one wrote. Said another, “Dude, you can’t arrest someone for a video.”

So far, courts are inclined to disagree. Williams said that in his experience, judges have been generally receptive to granting law enforcement warrants to obtain social media records to use against them for an arrest or in an existing case against them.

And the companies themselves have happily cooperated. Facebook even maintains a portal for law enforcement to request evidence associated with an official investigation. Twitter has codified a detailed set of guidelines for law enforcement requesting and obtaining such evidence. YouTube owner Google and WhatsApp have done the same.

If the companies themselves can’t or won’t give up the details, you may be required to. Most, though not all, courts have also been willing to require defendants to help police unlock their devices with fingerprint or biometrics, ruling that, unlike providing a password, such does not violate constitutional protections.

There are legitimate concerns about whether—and how much—social media evidence should be handed over in a court proceeding, said attorney John M. Phillips, who works with Williams. Phillips’ firm hires a private investigator to comb through clients’ social media data and compartmentalize it prior to providing it to the opposing side.

“[This is] so prejudicial material isn’t given over and attorney-client privilege isn’t violated,” he said, noting that he often communicates with clients about their cases via Facebook Messenger.

So what if you’re sending private messages from a locked or private account? Many incorrectly believe that private communications on social media platforms are just that: private. Not so. When you log in, your expectation of privacy essentially disappears, regardless of whether you have a private account, later delete the content, or communicate via private message. It’s all obtainable, and, if relevant, it’s probably fair game in court.

“All the terms of service basically say you give up the right to privacy forever in perpetuity,” Phillips said.

The best advice is to refrain from posting anything that could potentially implicate you in a crime or be used against you in a civil suit. Yet every day, people are doing just that. Increasingly, they’re finding an avid audience in law enforcement.

“We encourage the criminals to post their photos and videos online,” Miami-Dade State Attorney Katherine Fernandez Rundle told media in 2015. “After all these years, they’re still kind enough to do it.”