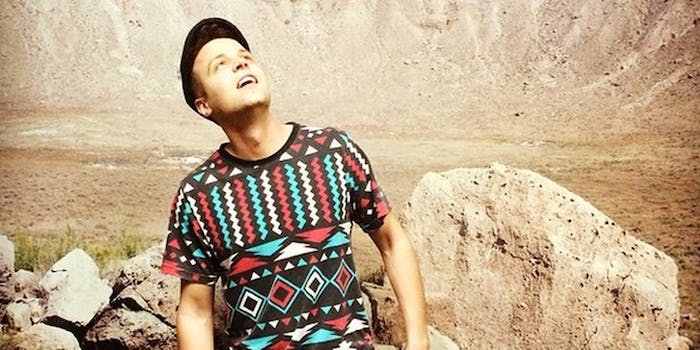 Getting noticed in the crowded California tech-industry job market is no easy task. To beat the odds, a bro named Elski Felson created a résumé that’s bound to stand out from the rest—though whether that’s for better or worse, we’re not sure.

Felson, who says in his YouTube video that he’s applying for a job at Snapchat, knew that he’d need to take an unconventional route to make a mark in the company’s HR department.

So Felson filmed a Snapchat story in Santa Monica, Calif., that aimed to show off his best qualities—qualities like spinning a basketball and convincing a local grocery store employee to participate in a low-budget iPhone production.

In the video, Felson says that he’s a class away from finishing his MBA and has “all the work experience” that Snapchat might want.

Oh, and just so you know, in addition to playing college basketball, he was inducted into MENSA three months ago. So that’s brains and brawn.

If his application to work at Snapchat doesn’t pan out, Felson says he will start posting more videos to his YouTube channel. This is how YouTube millionaires are born.