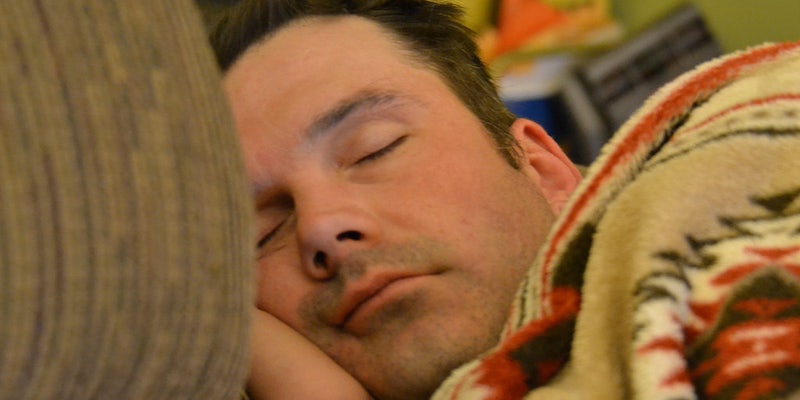 This NSFW ‘Guitar Hero’ will actually put you to sleep

But maybe our problem is that we’re aiming too high. Maybe we should stop focusing on creating simulations of fantastical sexual scenarios, and design video games based on real-life sex instead. Maybe, just maybe, we don’t want a game where we can receive oral sex from a three-boobed chupacabra, but one where we can order Lebanese food and make gentle yet assertive love to ourselves before falling asleep to James Blake on Spotify.

Created by Turkish brothers Tarik and Talha Kaya, Sleepy Time is basically an NSFW version of Guitar Hero, except instead of mastering a multi-note combo on KISS’s “Strutter,” you’re using your keyboard to make a depressed dude stroke his penis until he falls asleep as a Middle Eastern dude warbles about his struggles with generalized anxiety disorder. 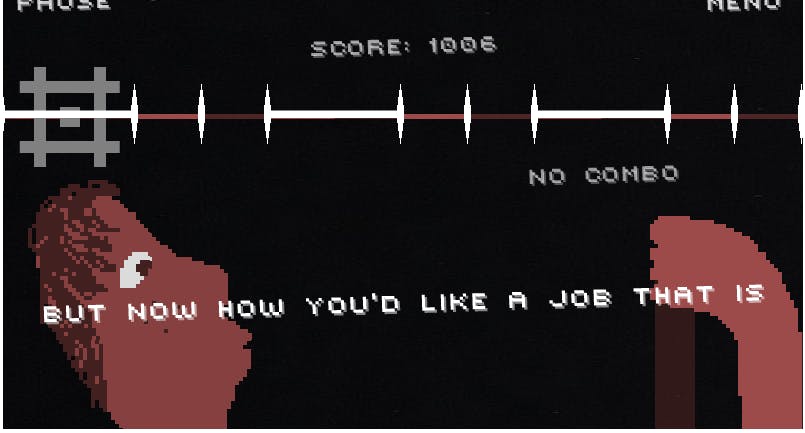 If this sounds incredibly weird and boring to you, you’re not exactly wrong: listening to someone warble about their crippling depression as you manually manipulate a giant penis with your space bar feels bizarre, to say the least, and the novelty of the game does start to wear off a bit after the first level.

But the purpose of Sleepy Time is not to be arousing, or even fun: it’s to take an experience that most of us have had in isolation, and rendering it universal, even communal. By the time the player reaches the last level, he’s controlling a chorus of lonely masturbators, all raising their voices and pumping their fists as one to reach a shared goal: sleep.