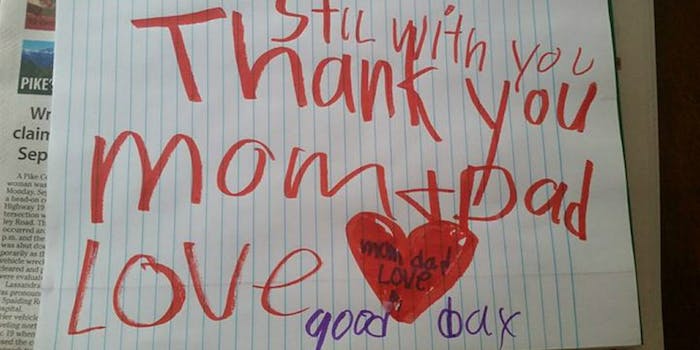 A heartwarming, yet heartbreaking, piece of correspondence.

His mother always thought he was such a special child. And she was right, because before he died last week from a brain infection, 6-year-old Leland Shoemake wrote his parents a note thanking them for all they had done.

When his parents discovered it on their living-room table after they arrived home to get the clothes in which he would be buried, his mom, Amber, posted the sweet message on Facebook for all to see.

Amber is currently living every parent’s worst nightmare, and it’s hard to know what to write after something like that. Instead, we’ll just point you to Leland’s GoFundMe page that will help his parents with hospital expenses.

RIP, Leland. It sounds like you were a really good boy.

Photo via Prayers for Leland/Facebook