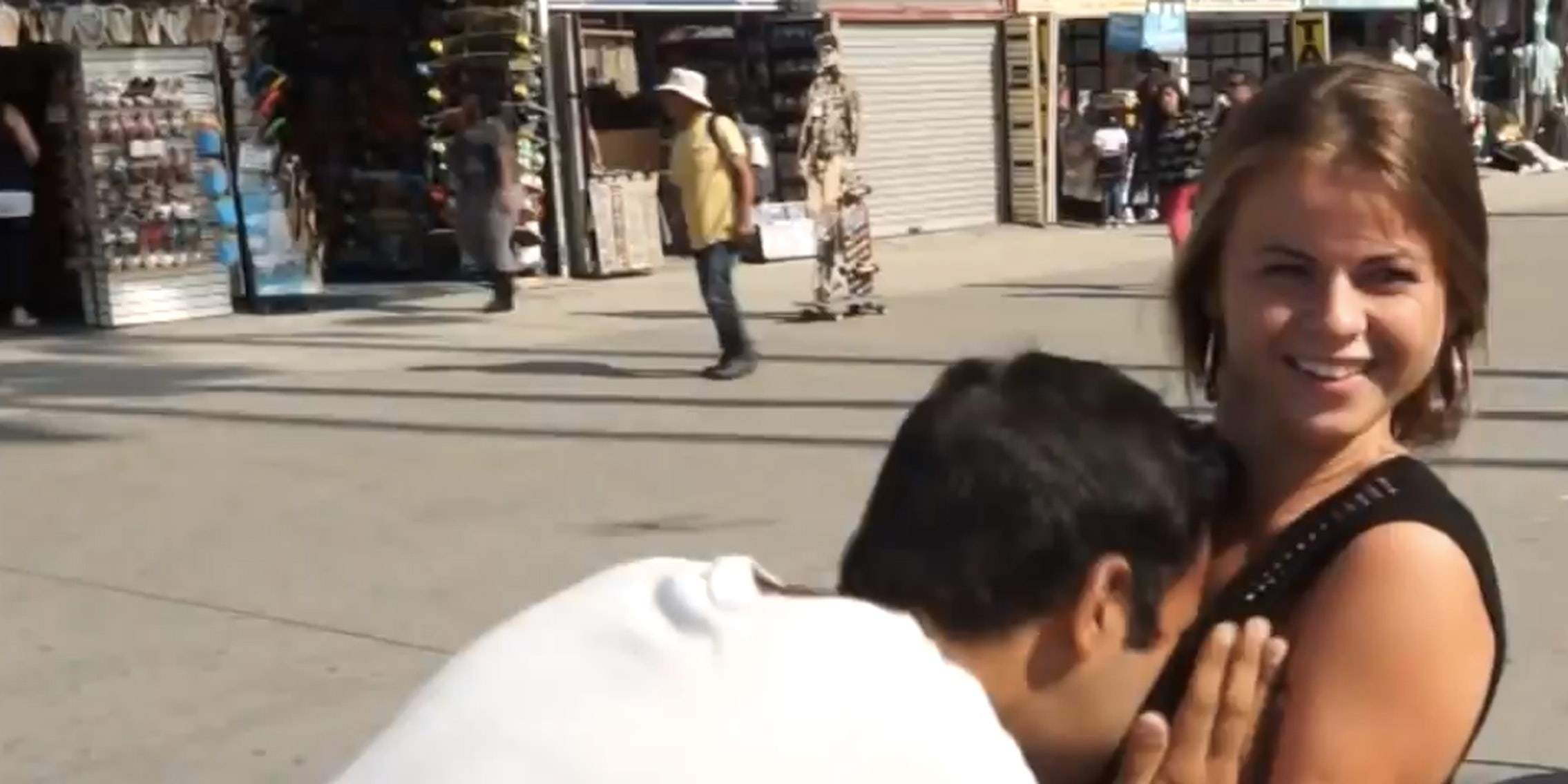 Simple Pickup is at it again.

The reigning bros of YouTube pranks have a thing about burying their faces in women’s chests. At Comic-Con 2012, Simple Pickup asked one costumed cosplayer if he could “motorboat” her. When she said no, he did it anyway.

The group offers tips and advice for “guys like you” to “get laid,” and judging from the YouTube channel’s success (1.1 million followers), it’s found a substantial fanbase of dudes who feel they need it. But often, critics argue, the “advice” verges on harassment and humiliation. Simple Pickup videos have sparked a protest among feminist bloggers for making a joke of unwanted sexual contact—sitting down on a stranger’s back so she can’t move, for example, and then rubbing her skin.

In another video, set at a gay-pride parade, one of the guys asks a stranger, “Are you trying to get raped? Because I’m down to rape you if you’re down to get raped. Just kidding. I’m not gonna rape you yet.”

In the most recent Simple Pickup video, the dudes might be looking to assuage some of that criticism by donating money to breast-cancer-awareness funds. There’s one catch, though: They’ll donate $20 for every woman who lets a Simple Pickup bro squeeze their breasts together, stick his face in between them, and shake his head back and forth while making a brbrbrbrbr sound.

“Our intent is always to make people laugh,” Simple Pickup told us in August. “We never want to make anyone feel uncomfortable afterwards. After we film a prank, we inform everyone involved that it was just a joke. If anyone for any reason does not feel comfortable with it, we take down the video immediately.

“In the case of the Tumblr backlash, the videos are being presented in a non-humorous light,” they added. “If someone is presented a prank video out of context, then the video loses [its] initial meaning.”

The group’s online critics could care less about the context. “If you live in California, report them,” wrote Kate Matty, an Australian blogger. “It doesn’t matter whether or not you think it will ‘do’ anything … these men have committed sex offences.”

It doesn’t help Simple Pickup’s case that in the YouTube pick-up video scene, the context is even more harassment—like a completely naked guy called Freddy Fairhair who approaches women in a park and asks them to look at his penis. “Give this guy a medal,” wrote one commenter. Another: “A Legend has born.”