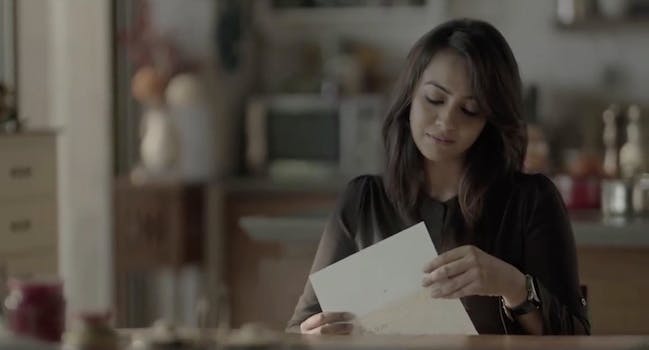 'This is one of the most powerful videos I have ever seen.'

“Lean In” creator Sheryl Sandberg’s recent Facebook post praising a video from the#ShareTheLoad campaign is receiving positive attention for encouraging men to help their wives with housework. The clip, which follows a woman as she tries to run a household as a working mom, reflects the reality that many females do more housework than men, even when they’re also balancing jobs.

This chart, created by the Bureau of Labor Statistics, shows how unbalanced the housework load is in America between men and women: 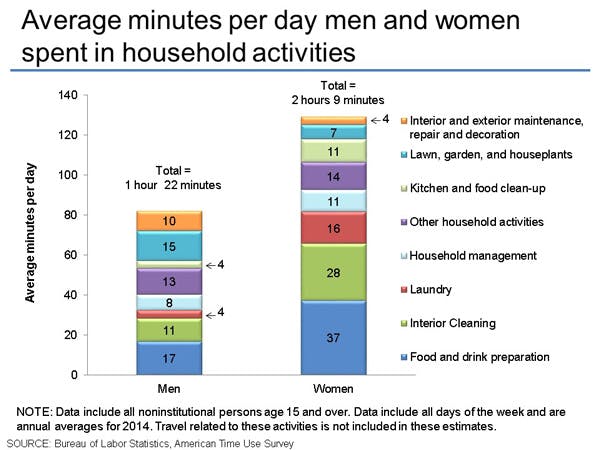 The clip which has English subtitles, is narrated by an Indian man as he regretfully watches his daughter run her household while her husband sits on the couch and nobody helps. She answers a work call, gives her partner something to drink, picks up her child’s toys off the floor, and sets the table all by herself. While he is proud of her for doing so much, he can’t help but feel guilty that he never told her as a little girl that she didn’t need to do all this work solo.

The father adds that he also bears responsibility for the outcome because he never assisted his own wife with household chores. The dad also says he suspects his daughter’s husband grew up thinking wives always take care of household chores as well.

The clip ends with the father promising to help his wife with the laundry as a way to “set things right.”

The #ShareTheLoad campaign created by marketing firm BBDO Worldwide for the Indian detergent company Ariel. According this chart created by the Independent, Indian men do less housework than any other group of men in the world. 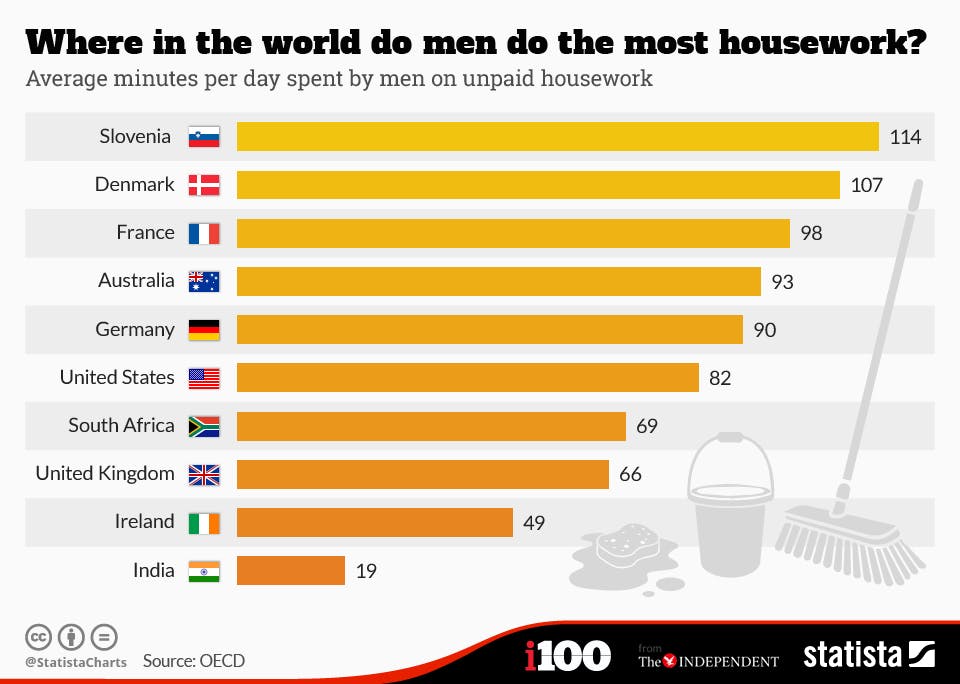 Sandberg wrote in her Facebook post that this was “one of the most powerful videos [she has] ever seen – showing how stereotypes hurt all of us and are passed from generation to generation.”

“When little girls and boys play house they model their parents’ behavior; this doesn’t just impact their childhood games, it shapes their long-term dreams,” she wrote, adding that the #SharetheLoad video creators won a Glass Lion Award at the 2015 Cannes Lions International Festival of Creativity.

“The real win is the way they are changing stereotypes and showing that a more equal world would be a better world for all of us,” she continued.

Many of Sandberg’s Facebook followers agreed that the video is powerful: 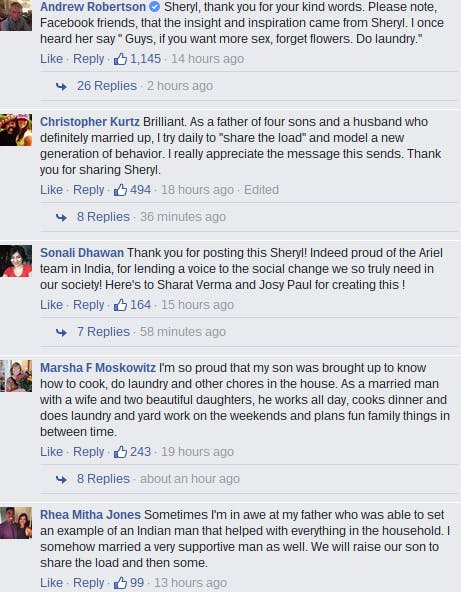 This issue is close to Sandberg’s heart. Three years ago, she appeared in a Makers video and said that women should choose a life partner who helps out with chores.

“The most important thing, and I’ve said it a hundred times and I’ll say it a hundred times, if you marry a man, marry the right one,” Sandberg said. “If you can marry a woman, that’s better because the split between two women in the home is pretty even, the data shows.”