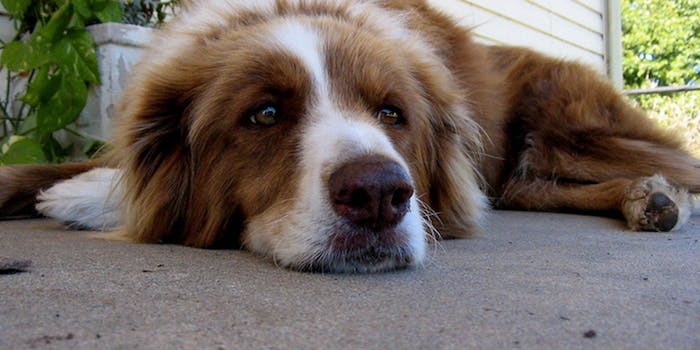 The new .dog domain unveils with a cuteness contest for rescue dogs

Vote for your fave pup and the shelter where she came from gets a donation.

What’s better than looking at pictures of cute adopted dogs on the Internet?

Looking at pictures of cute adopted dogs whose shelters get a donation when you like a photo, that’s what.

To celebrate the brand-new .dog domain, the Petfinder Foundation partnered with domain hosting company Donuts on an online fundraising site that ensures you won’t any work done this week.

On Myrescue.dog, parents of adopted doggies can upload a photo of their pup to enter in a cuteness contest. Uploading a dog’s profile or voting for a pup will donate $10 and $1 to the Petfinder Foundation, respectively.

“This is a fabulous opportunity to raise awareness of the fact that thousands of wonderful companions can be found in shelters and rescue groups every day, and also to raise money for those lifesaving organizations,” said Toni Morgan, Executive Director of Petfinder Foundation, in a statement Monday.

One-hundred thousand dollars in total will go to shelters and rescues across the country.  The first-place winner of the puppy beauty pageant will earn $25,000 for its shelter while the next 15 dogs will earn $5,000 to their respective shelters.

Donuts revealed the .dog domain on Monday, just two days before National Dog Day on August 26. The MyRescue challenge is also part of Donuts’ larger “Not Com” campaign to raise awareness of hundreds of specialty domains—with descriptive options from .wtf to .pizza, it seems that boring old .com addresses are no longer necessary.

According to the ASPCA, around 3.9 million dogs enter shelters every year. While about 1.4 million pups are adopted, the other half are euthanized. The money that shelters like the ASPCA and Humane Society raise allows the organizations to house and care for homeless animals for longer periods of time, increasing their chances of adoption.

While shelters aren’t allowed to enter current canine residents in the Myrescue.dog contest, the site’s “Adopt or Donate” page does lead to the Petfinder Foundation’s dog adoption search page, where prospective puppy parents can search for adoptable dogs by location.

Correction: The maximum donation amount will be $100,000. Petfinder Foundation receives a donation when pictures are posted or votes are given donation, but shelters do not receive any money until the winners are announced. The first-place dog will earn $25,000 for its shelter while the next 15 dogs get $5,000 to their respective shelters.