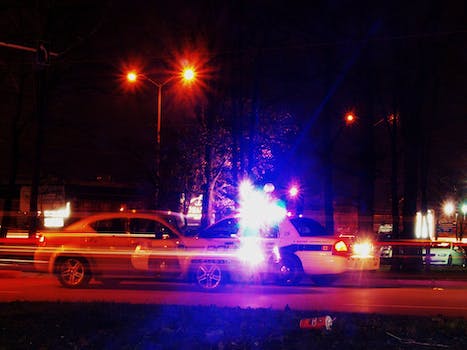 New York cop suspended for slapping innocent man: ‘I’d do it all over again’

The man was well within his rights—but that didn't stop Deputy Shawn Glans blowing up.

A New York City cop has been suspended after a video circulated last week showing him threatening and appearing to threaten a man after the man refused to consent to a search of his vehicle.

New York sheriff’s deputy Shawn Glans was caught on camera demanding to be allowed to search the car of Colin Fitch, after he saw a (legally purchased) rifle on the backseat. As Glans didn’t have a warrant, Fitch refused—and then things turned ugly.

“You wanna fucking resist?” Glans asks Fitch, to which he responds that he’s not resisting—before being apparently slapped. The blow itself was not caught on camera, but Fitch has told multiple news outlets it happened, and Glans has not disputed his account of events.

After the cameraman—who Glans was not aware was filming—remarks that it was “intense,” the officer responds it can get “a lot more intense,” and threatens to “rip [his] fucking head off and shit down [his] neck.” Glans ultimately takes Fitch’s keys and searches the vehicle.

Fox 31 Denver reports that Glans has since been suspended without pay while the department investigates. An official statement from Chief Richard L. Castle says that the Sheriff’s Office “takes matters such as this very seriously and we do not in any way condone anything less than professional behaviour from our members.”

As Fitch has not filed a criminal complaint it is to be “an internal personnel investigation,” the statement adds.

Glans has publicly defended his actions: The deputy told the Times Union that “if I had to do it all over again I’d probably do the same thing,” because it was “a public safety issue.”

However, if he “knew the camera was there, [he wouldn’t], because it does look bad.”

In 1996 Glans was involved in a head-on collision while driving at three times the speed limit, Fox 31 Denver reports, leaving a father of six paralysed.