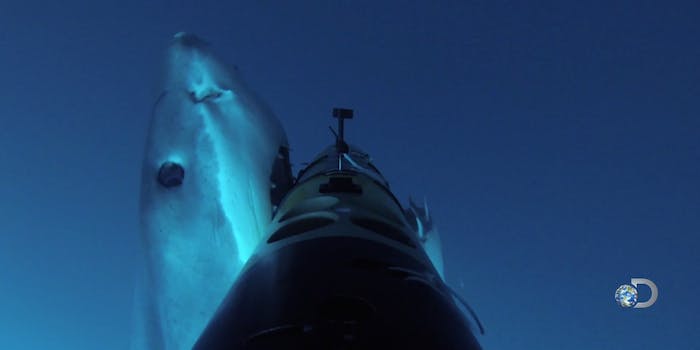 This is what being shark food must look like

Be glad it's only a camera they're attacking.

Some great white sharks got more than a little predatory when they encountered an camera in their natural habitat.

Back in 2013, engineers from the Woods Hole Oceanographic Institution took a REMUS SharkCam underwater vehicle, a contraption with GPS, navigation, and six GoPro cameras to give a 360-degree view underwater, and sent it to work near Guadalupe Island on the West Coast of Mexico. They wanted to view and track sharks in the wild.

But it wasn’t long before sharks got territorial and started to bite the camera in a series of attacks that probably make many glad they’re not actually down in the water.

“We lost our deposit,” one engineer said as the SharkCam is pulled out of the water.

Luckily for them, that’s all they lost.