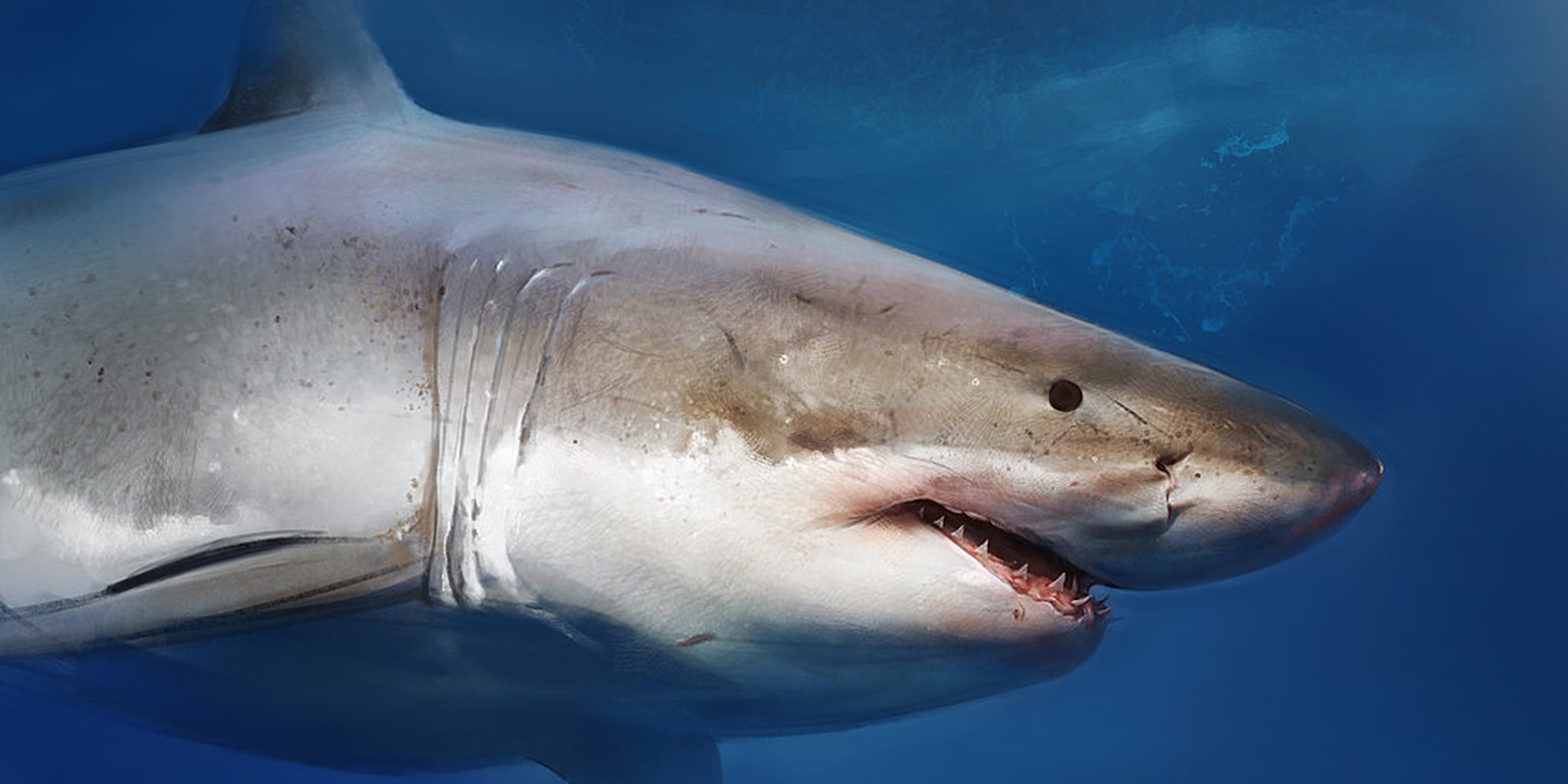 It's not humans who are in danger. 100 million sharks were killed last year alone.

With more than 90 percent of the world’s shark population depleted due to massive overfishing and a barbaric practice called shark finning, the ocean’s largest predator is going to need a lot more than the Discovery Channel’s yearly Shark Week to get humanity to take the threat of shark extinction seriously.

But thankfully, these fish, from terrifying great whites and hammerheads to banal makos and whale sharks, have one weapon they didn’t have two decades ago, when the U.S. first saw a massive rise in both deep sea longline fishing and finning of sharks: the Internet.

You don’t have to be a SyFy fan to realize that sharks and the Internet are a match made in heaven. Whether it’s through viral phenomenon like Sharknado, that one photo (of a dolphin) or Photoshop we’ve all seen, or the “Sharkini”, sharks have surfed back into our collective consciousness with all the vengeance of Jaws 4: The Revenge.

But there’s another side to the love affair, and it’s not just the explosion of interest that happens once a year during Shark Week, or every time Megashark revives the “Tiffany vs Debbie” debate.

You may have heard the statistic that humans around the world kill 10,000 sharks every hour, a number so mind-boggling that it seems hard to believe it’s real. But the mass slaughter is primarily a result of international shark finning, the practice of slicing off a shark’s fin—prized for shark fin soup—and then throwing the shark back into the water to die.

Shark finning is a barbaric, wasteful practice, but the demand for the fins in Asian markets, where shark fin soup is very popular, combined with the ease of filling a boat with hundreds of fins at a time, has led to extreme overfishing and depopulation of sharks around the globe. Hundreds of international and regional shark conservation campaigns exist around the world, many formed by regional divers appalled at the killing of sharks in their own local seas. Celebrities from DiCaprio to Banksy are focusing their efforts on shark conservation, and virtually everyone involved in the conversation around the practice wants it to end.

But what the Discovery Channel’s 26-year-old Shark Week won’t tell you is that around the Internet, efforts to save sharks are as polarizing as the creatures themselves. The debate around finning—what it is, who does it, how to stop it—seems to be endless. And everyone from shark attack victims to conservationists and fishermen seem to be firing with both barrels to get their point of view across.

Last month, a long-awaited full ban on shark finning at sea went into effect in the European Union, only a few years after the U.S. ban. Both closed loopholes in earlier attempts to ban shark finning that had allowed the practice to go on unchecked for years—such as the case of “The U.S. vs Approximately 64,695 Pounds of Shark Fins” (yes, that’s really the name), wherein the government seized a boat carrying fins from over 30,000 dead sharks, and then had to give them all back because the boat wasn’t technically a fishing vessel. So surely, being able to eliminate this kind of red tape is a good thing, right?

Not necessarily. Popular marine biologist and shark advocate David Shiffman of Southern Fried Science and @WhySharksMatter has been outspoken about his opposition to universal shark-fin banning, arguing that “removal of shark fins” is not the same as “shark finning.”  Shiffman and many other scientists believe that proposals to completely eliminate the worldwide acquisition of shark fins through a total ban on shark-fin removal would be a gross misstep given the importance of sharks to many Asian and other global fishing markets.

The discussion of shark-finning has occasionally been called racist because it is so often spearheaded by U.S. and European conservationist efforts. Shiffman wouldn’t go that far, but he does feel that total bans on finning are “wildly out of step with current global fisheries policy.” Shiffman has led several Twitter discussions about the bans.

One such proposal would implement the Shark Conservation Act, which closes the loopholes on the finning ban previously mentioned. That sounds fine until you realize that the federal law would override tougher regional laws around the country, and actually weaken the nation’s conservation efforts. Everyone from Shiffman to Pew researchers to Shark Attack Survivors for Shark Conservation has opposed the law, even though it’s the strictest federal law we’ve come up with, and it’s taken 13 years to fully implement since President Clinton signed the earlier version in 2000.

Shiffman and others feel this kind of legal confusion hampers the attempts of fisheries to safely sustain their trade. But not everyone is buying the argument that successful management of fin fishing is all that’s needed to quell shark extinction and fishing brutality. In June, over 40 marine scientists signed a letter to the Singaporean Parliament from the Singapore chapter of Shark Savers, declaring that at the current rate of decline, the shark fin trade was not sustainable under any circumstances except a total fishing ban.

And yet shark fishing continues to be the sport of champions—more rugged than Ernest Hemingway drinking beer at a bullfighting match, and one of the fastest ways to prove your manliness. (See Exhibit A below.) But can we really stop it?

Every year, Martha’s Vineyard celebrates its reputation as the setting for Jaws by throwing the annual Monster Shark Tournament, a spectacle that features giant sharks being strung up on the dock. The party draws thousands of spectators as well as fishermen—and has resulted in the death of hundreds of sharks over the years.

This year, however, public sentiment was widely against the tournament. A Change.org petition to stop the annual Shark Fishing tournament in Martha’s Vineyard received more than 2,500 signatures—roughly 13 percent of the total population of the island—and numerous celebrities spoke out about the event, including Wendy Benchley, the widow of famed Jaws author Peter Benchley (who now heads up the New York branch of Shark Savers). 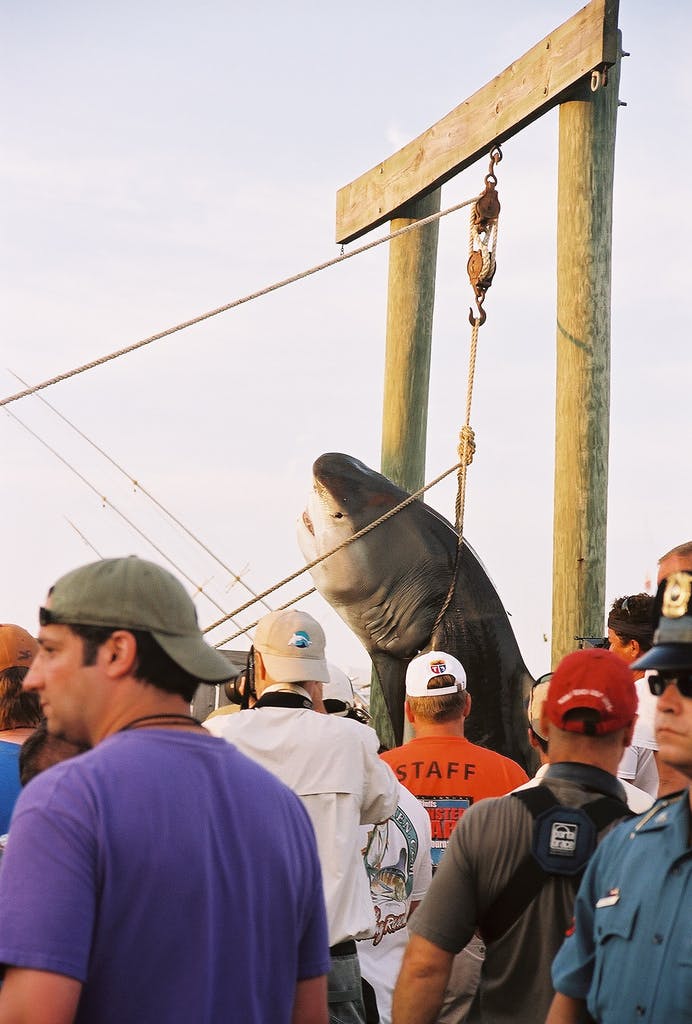 But tournament president Steven James is actually planning to expand the event next year rather than cancel it, despite the strong objections of the community. James seemed incredulous at the backlash, and responded, “To think that the 15 to 18 sharks we bring in have some type of impact on the Northern Atlantic is incomprehensible.”

But with 93-99 percent of the East Coast’s shark population totally wiped out, it’s not so much incomprehensible to many conservationists as it is appalling. Other protests against shark finning and shark fishing line the pages of Change.org, and last year one petition successfully got LiveStrong to remove all recipes featuring shark products from its website.

In a follow-up to the LiveStrong campaign called “How Social Media can Save Sharks,” campaign activist Rachel Weidinger wrote about how the group relied on social media activism via email newsletters, Twitter, blogs, and Change.org to get the word out.

When discussing why she thought the campaign was effective, she stated, “Encouraging the consumption of endangered species is a pretty obvious no no.”

Social media is helping save sharks in much more direct ways as well. Oceanographer Guy Harvey is using satellite images to map and track the feeding grounds of sharks on the Nova website. And the new “Release Mako” app for mobile devices allows fishermen to report their catches and release directly from their boats. 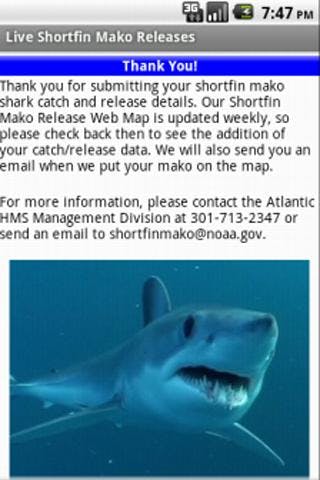 Elsewhere around the Internet, invested conservationists, divers, fishermen, and scientists debate what the best way to go about saving sharks is. But how can you teach people not to fear sharks when the media delights in sensationalizing shark attacks? Forums like Shark Attack Survivors document yearly shark attacks around the globe, while shark, er, encounters, rise as climate change drives species inward towards coastal regions.

The millions of people who’ve tuned in to Shark Week probably think they know what a shark attack looks like when they see it. But the American Elasmobranch Society (AES), one of the world’s most prominent shark research organizations, begs to differ. Yesterday the AES put out a call to Reuters and the Associated Press to drop the phrase “shark attack” from their style guidelines and replace it with more accurate terminology, such as “shark incidents” and “shark encounters.”

Meanwhile, the websites of deep-sea and tourist fishermen like Mark the Shark proudly flaunt their expertise in shark-hunting and killing.

But more and more, the voice of the Internet is coalescing to form stronger and louder calls for change. Shark Angels has over 15,000 likes on Facebook. Sea Shepherd has half a million. And while we may never be able to fully recover from the staggering oceanic ecological damage caused by the loss of 73-100 million sharks every year, it’s safe to say that the Internet is making it easier to spearhead campaigns for change, generate discussion, and generally get the word out about the need for shark conservation—if only through Tumblr reblogs.

Things look pretty grim, but as Megashark, Megalodon and other “mega”-shark related events turn our heads towards the much-maligned shark, we can comfort ourselves that we’re not yet on the road to shark recovery—but we’re getting close.

If not quite close enough to touch.