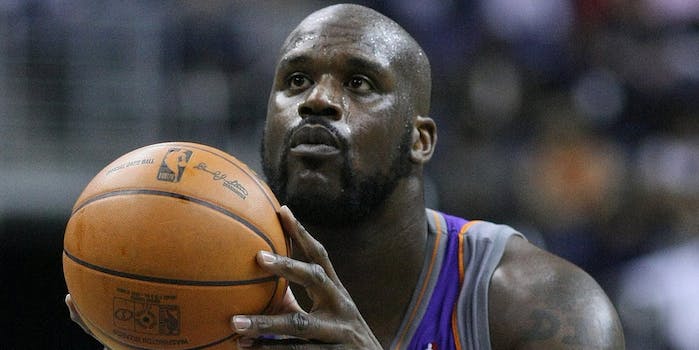 If you’ve ever crave a signed, personalized copy of Kazaam, then maybe it’s time to sign up for the biggest Secret Santa exchange in the world.

NBA great Shaquille O’Neal will bestow one lucky redditor with a gift this year as part of Redditgifts’ annual holiday event, which broke the Guinness World Record for largest Secret Santa exchange in 2011 and again in 2012.

“You know what they say about big dudes,” O’Neal said in a promotional video. “We give big presents.”

O’Neal is the first official celebrity participant of the 2013 exchange; other well-known Secret Santas in past years have included Paul Reubens and, of course, Reddit sweetheart Wil Wheaton. Late night host Jimmy Fallon has also been known to surprise unsuspecting redditors with spectacular gifts.

“When we know about their participation, we make sure they understand why this is a special event and how to participate in a thoughtful way,” McComas wrote about the celebrity participants. “We do tell celebrities NOT to participate if they’re just going to send swag (it has happened before and it makes me RAAAAAGE).”

It is not clear if O’Neal will be part of the exchange’s first-ever livestream event on Black Friday, which has promised to feature everything from product demonstrations to celebrity appearances.