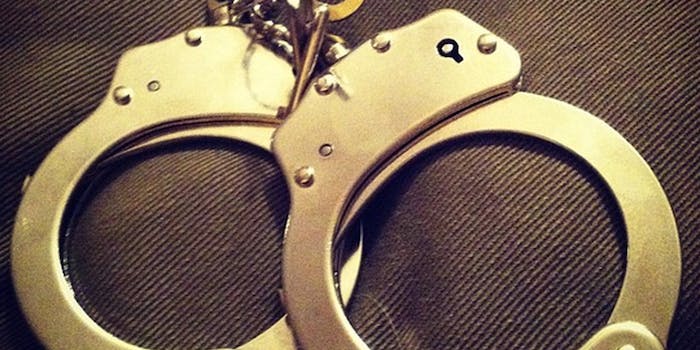 Several Facebook accounts belonging to convicted sex offenders in a Northern England prison have been shut down.

Several Facebook accounts belonging to convicted sex offenders in a Northern England prison have finally been shut down.

An investigation from the Yorkshire Evening Post revealed that up to five prisoners housed in a Wakefield maximum security jail created Facebook accounts with in the past year—a violation of prison rules. The newspaper obtained the information via the Freedom of Information Act 2000.

Due to data protection issues, the prisoners’ names couldn’t be publically identified. Nor could the number of Facebook accounts created. But the jail did confirm that its prisoners have been violating the rules.

The prison, nicknamed Monster Mansion for its housing of sex offenders and violent killers, pulled the plug on the offending Facebook accounts. The prisons’ rules state that inmates can not access or contribute to social networking sites while in custody.

Prisoners gained unauthorized access to the sites by using mobile devices or telling visitors what to write by writing them a letter and posting it to their Facebook profiles.

“The National Offender Management Services Offender Safety, Rights and Responsibilities Group have investigated and pursued the removal of five or fewer Facebook accounts which have had regular updates posted under an HMP Wakefield prisoner’s name/names,” a representative from the prisoner told the Yorkshire Evening Press.

The case will now be handled by the National Offender Management Service (NOMS), a government body that oversees England’s prisons and jails. Social media–related concerns are commonly handed over to NOMS when there are “risks to victims or witnesses.”

A prison spokesperson defended its Internet regulations to the newspaper. “Prisoners have no access to the internet and are barred from updating social media while serving their sentence.”