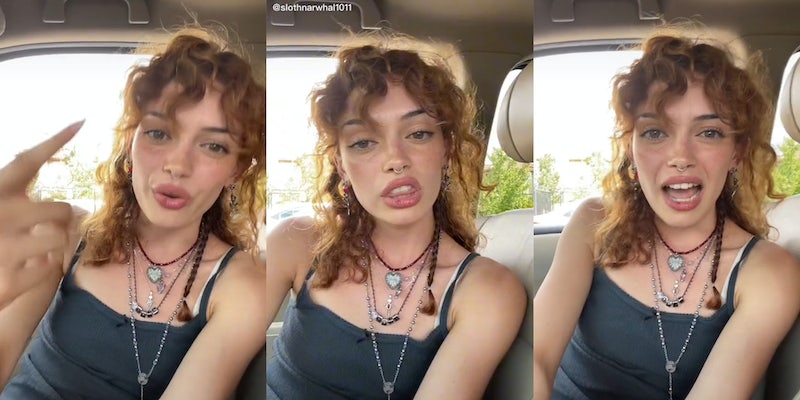 ‘This is how I felt every time a regular would come in and expect me to recognize them’: Service worker shares PSA to customers who think workers care about them

‘If you were to kill yourself right now, while I’m on the clock, it would not change or affect the trajectory of my life.’

A spate of service workers are coming forward to admit that they don’t really care about the customers they serve.

Commenters sounded off after a video posted by TikToker @slothnarwhal1011, captioned “psa,” went viral. The video has over 1.6 million views and thousands of replies.

“No offense, but some of you customers have got to realize that I do not give one shit about you,” says @slothnarwhal1011, who is sitting in a car while recording. “If you were to kill yourself right now, while I’m on the clock, it would not change or affect the trajectory of my life—not even a little.”

It’s not immediately clear from the video where @slothnarwhal1011 works, or if she had a specific customer interaction in mind. Still, the video presented an opportunity for fellow service workers to admit that they feel the same way, too.

“The customer is always wrong is what I always say,” another TikToker wrote.

“Working with the general public desensitized you in a way that’s so unexplainable,” a third user said.

Other users gave specific examples of customer exchanges that made them dislike dealing with other people.

“I hate when I’m just trying to specify what a customer wants for their order and they start telling me an essay of why they don’t want something,” one TikToker said.

“This is how I felt every time a regular would come in and expect me to recognize them,” another wrote.

The Daily Dot has reached out to @slothnarwhal1011 via TikTok.