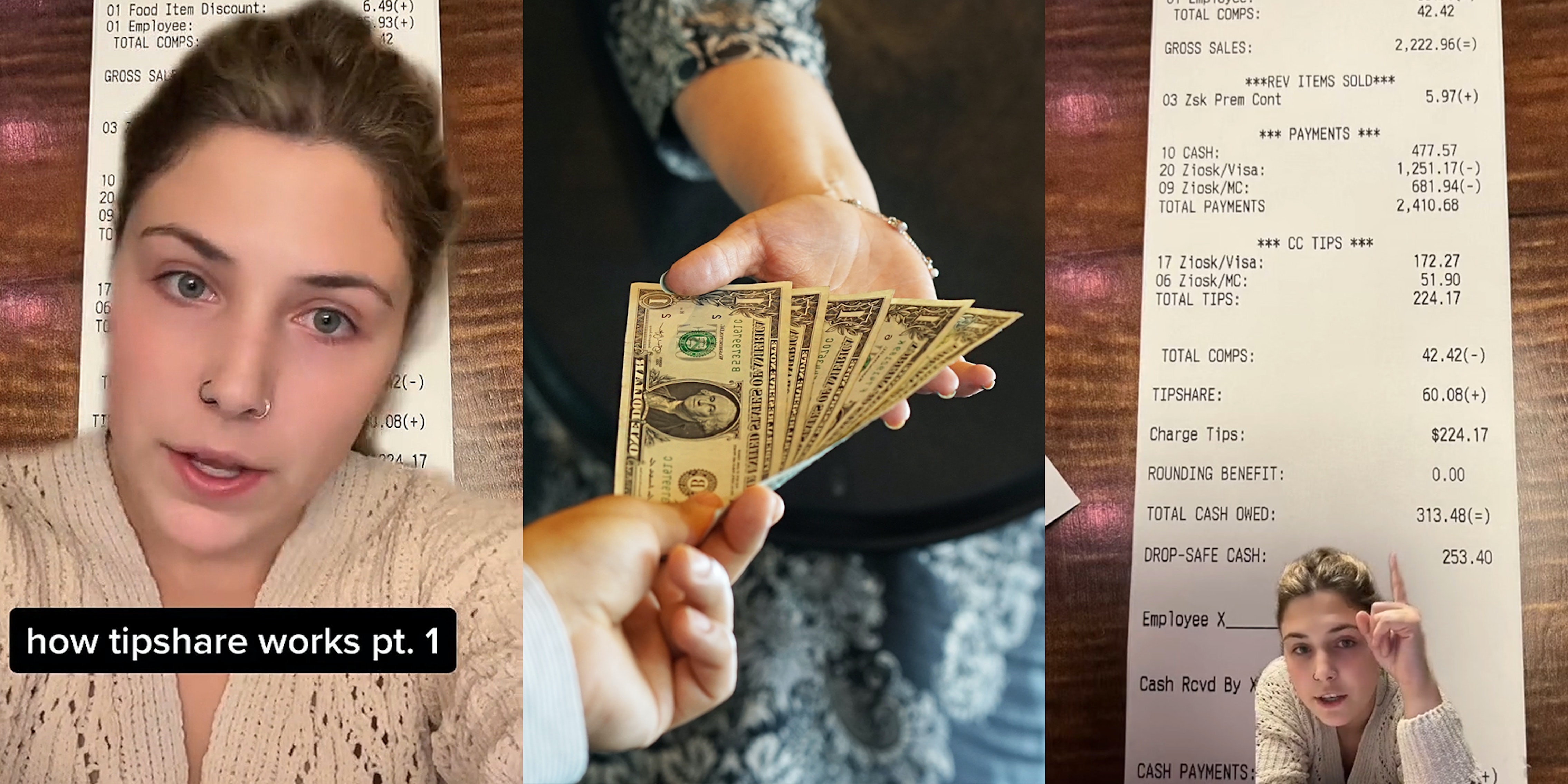 ‘Tipping your server poorly is problematic’: Server explains how tip-sharing impacts their pay

'If you don't tip us, we have to pay the percentage.'

On TikTok, tipping is a divisive and inflammatory topic, with creators both arguing for an end to the practice and advocating for customers to tip better.

In the latest iteration of the grand tipping debate, TikTok creator and server Abigail (@flabigailfartin) is explaining to viewers how tip-sharing works, in order to help more people have an understanding of where their tips are going.

“Yes, tip-share, the elusive thing you hear servers complaining about on the internet, all the time,” the poster says in the video. “I’m going to explain it to you.”

Abigail then shows a long piece of receipt paper.

“This is what we call our checkout that we print out at the end of the night,” she says. “This is a comprehensive list of every single purchase, sale, etc. that we made throughout the night. But, what’s most important, is this. See where it says gross sales? That is the sales that I did in this shift.”

The TikToker then goes down the line, familiarizing viewers with the concept of tipping out fellow employees. She says 3% of her gross sales is tipped out to bussers, hostesses, runners, expo, and bartenders, which can change depending on the restaurant. These shared tips are paid out of the money that she earned as a server, she explains.

This is where tipping a server poorly becomes problematic, she says, as 3% of her tips are already going to someone else. And if she isn’t tipped, that comes out of pocket.

“If you don’t tip us, we have to pay the percentage,” she notes in the clip.

Many viewers found several things to complain about when it comes to tip sharing, whether they are servers or not.

“I think tipshare is problematic because I shouldn’t be paying someone else for their job, the restaurant should be paying them,” one commenter wrote.

“Should be illegal,” another commenter wrote. “I’ve never had to do this working in Oregon, but I know it’s common in corporate places thru the states.”

“The thing I hated most about this: why am I tipping my bartender 2% of total sales when they had nothing to do with food,” a commenter wrote.

The Daily Dot reached out to @flabigailfartin via a comment on the video as other methods of communication could not be identified.