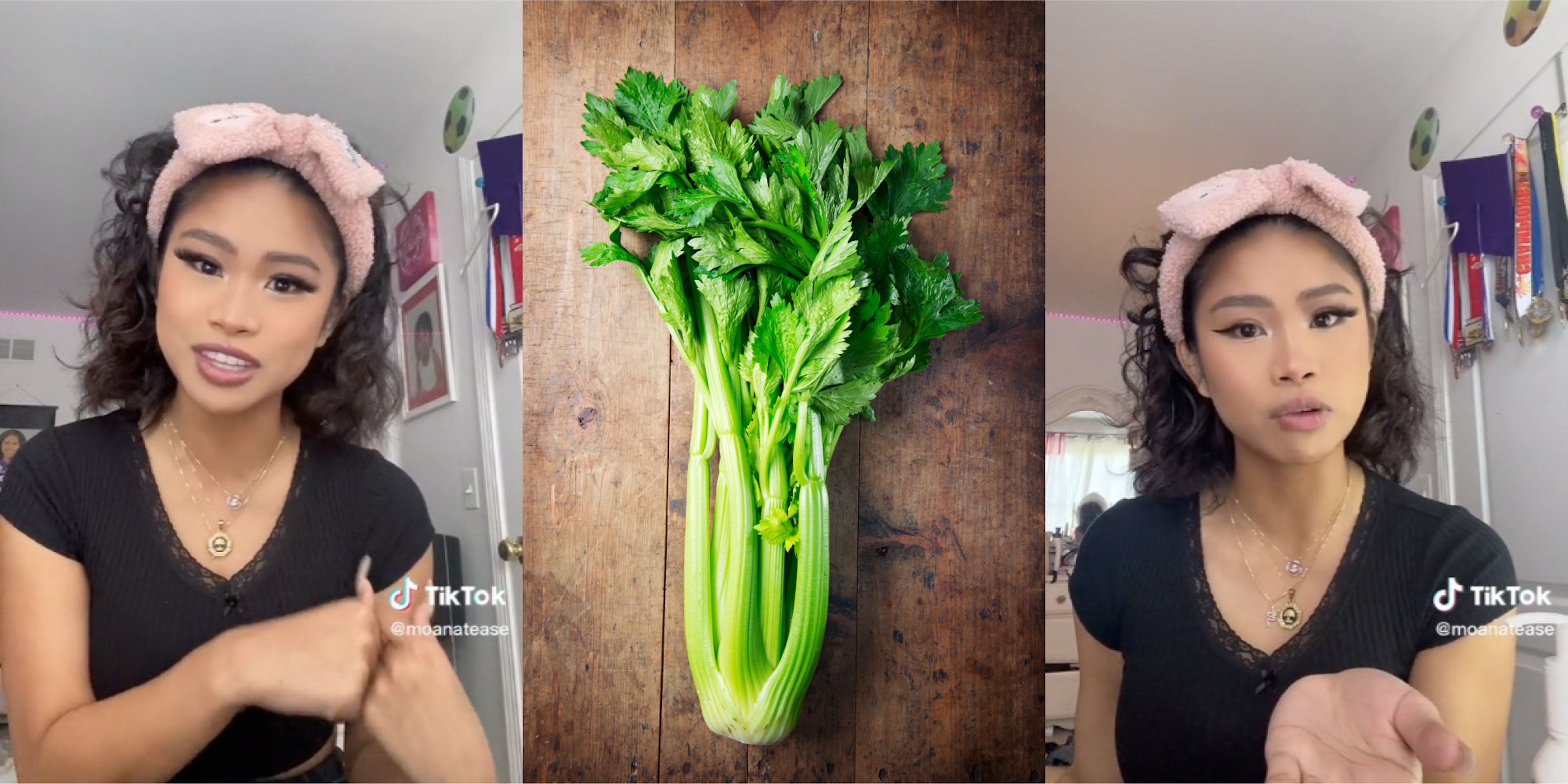 ‘All this for celery’: Server says customers left no tip after restaurant ran out of celery

'Mad respect to servers. I couldn’t do it.'

A TikToker’s video recounting an experience in which a table left no tip because they didn’t receive celery with their appetizer has resonated with viewers on the platform.

In her video that has drawn over 1.2 views on TikTok, Lara (@moanatease) says a customer spent their time seated in her section talking over her and declined to leave a tip because the restaurant ran out of celery to accompany its boneless wings.

“Some time passes and they decide to order another thing of boneless wings,” she says. “One of the line cooks in the back then tells me we ran out of celery, so when I get their boneless wings I put the plate down, and I’m like, ‘unfortunately we did run out of celery for tonight so it’s just going to be the chicken.'”

Throughout the exchange, Lara says she was ignored and talked over while she tried to serve this particular table.

“They don’t acknowledge me, they don’t look up at me, whatever, so I walk away from the table,” she says. “Some time passes and she calls me over again and she’s like, ‘we actually didn’t get any celery with our boneless wings,’ with a fucking sassy tone line that. I was like, ‘actually, when I put the plate down in front of you guys, I did actually remind you that we ran out of celery for tonight.'”

Lara concludes the video by saying she received a $0 tip from that table.

Viewers thought it was outrageous for someone to be that upset over celery.

“Who even eats the celery it’s literally decoration for wings,” another commenter wrote.

“They acting like celery is that good,” another said.

Others praised Lara for putting up with such unkindness from her customers, as well as the service industry in general.

‘I could never be a waitress, yall r the real soldiers,” one commenter wrote.

“U are so strong cause I would be full on yelling at her,” a user said.