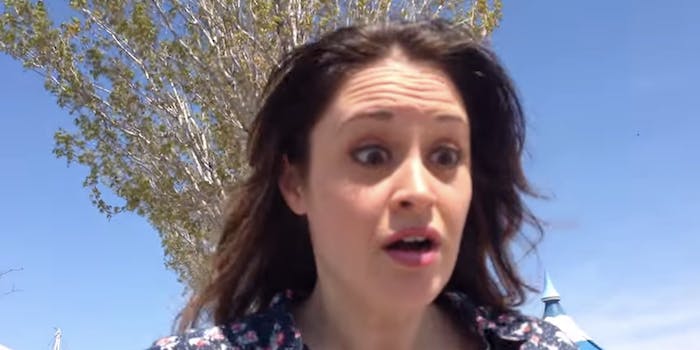 Dude proposes to his girlfriend in a selfie, and her reaction is golden

It’s a universal law of nature, love, and the Internet: all acts of romance will be captured in a selfie, and all proposals will be broadcast to the world in a viral video.

In this man pretends to take a selfie with his girlfriend, then claims that he accidentally recorded a video instead. (This is a perfectly plausible fib; it’s happened to all of us.) But in reality, he has it recording so that he could capture the moment he—gasp—proposed.

Her response is perfect: “Oh my god! Are you serious right now? Is this for real? Oh my god!”

And then, finally, the answer:

Sure, the surprise was impressive, but there’s something even more admirable about the boyfriend’s technique, as one redditor pointed out: He held the phone right.

He held… the phone… horizontally. Can we get a round of applause for this man. This is an awesome video and as I was enjoying I realized that even with moving around and probably being nervous, he held the phone horizontally. This will be a much better memory to look back on than a vertical video with big black bars on both sides.

This is reminiscent of the photobooth pregnancy announcement of 2014. A young woman set up her phone on selfie mode and was able to capture the moment she told her husband she was pregnant.

Perhaps there are times when selfies are okay.