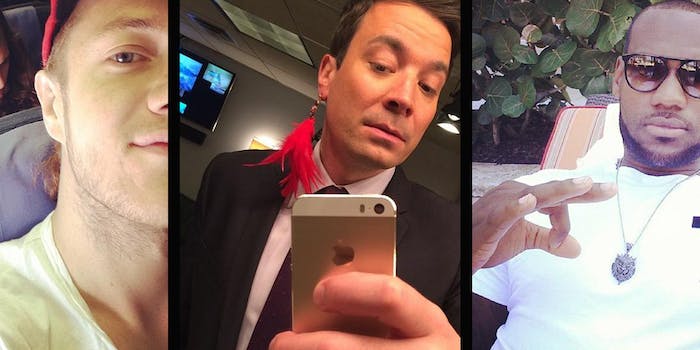 These guys want to make you pay for your selfies

Put the Toaster filter down or the iPhone gets it!

“You owe humanity a dollar.”

If you’re seeing that call to arms, you’ve probably stumbled upon the Selfie Police—a group that wants you to sync your selfie-taking habits with your giving-money-to-charity habits.

We have arrived at a point in civilization where we get into Internet fights about whether selfies are a sign of the impending narcissapocalypse or a brave feminist statement, and I’m not about to wade into that one. But whether you think they’re vain and dumb or a legitimate form of self-expression, the young founders of Selfie Police hope you’ll come to see selfies as a reason to donate to charity.

Selfie Police is a non-profit that encourages people to donate a dollar to charity whenever they take a selfie. It also promotes selfie-policing others; the website provides a few ready-made comments to leave on your selfie-loving friends’ Instagram self-portraits.

The selfies-for-charity plan was created by Chas Barton and Dustin Locke about 11 months ago, when the two Brigham Young University students were entered into a competition hosted by an organization called Vittana, a group that gives student loans to people in developing countries through peer-to-peer microfinance. The competition’s focus was how to energize young people into donating to non-profits. Barton and Locke decided to work together on a project to turn social media obsession into an impetus for giving.

“The question was, ‘how do we engage our generation in giving?’ It’s tricky because we’re a selfish group of people, everything seems to be about us, that’s the cliche about our generation—it’s me me me, we’re entitled, all of that,” Barton told me over the phone.

“Instead of downplaying our selfishness, we thought ‘how do we harness this selfishness, how do we turn that into a charitable action?’ And selfies have just exploded in pop culture, especially among Millennials, our generation, and that’s where the idea was born,” Barton continued. 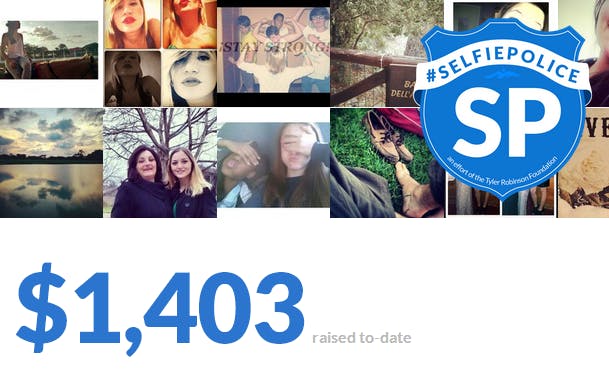 While Barton and Locke are pleased with the site’s reception, they have hopes that the idea will get much bigger. “We still have a few marketing tricks up our sleeve,” Barton tells me. “I hope it gets to the point where anyone who even thinks of taking a selfie thinks ‘oh, I’m going to get busted, but it’s worth it.’”

If you’re skeptical about people embracing the habit of goading their friends into donating money as a punishment selfies, you’re not alone. But the pluck behind Selfie Police is admirable—and they’ve already raised over $1,600 in their first week, so even if the project doesn’t take off in a big way, at least some of our collective self-admiration can go toward a worthy cause. Other than, you know, showing off your Amaro-filtered duckface.