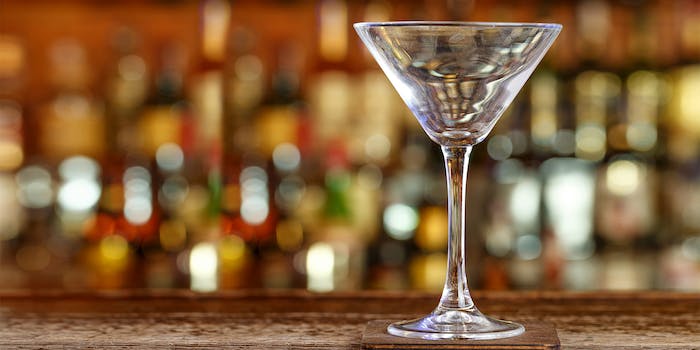 The staff refused to serve the man.

A Kansas City bartender took to social media to vent after a security guard came into his work and asked for a ‘Trayvon Martini,’ sparking a response that led to the guard being placed on leave.

Alobar Bandaloop wrote about his interaction with the security guard on Monday afternoon, saying, “A piece of shit named Mike Dargy wandered his racist ass into my bar and ordered a Trayvon Martini. Wtf.”

Bandaloop said he was shocked, and Dargy continued, listing “ingredients.” “One shot of vodka, watermelon juice, and it only takes one shot because it only takes one shot to put him down!” wrote Bandaloop. “The smug look on his face was one of the most punchable looks I’ve ever seen.” All of the staff present were reportedly shocked by the interaction as well, and they refused to serve Dargy.

Bandaloop then turned to Dargy’s job: security. “Herein lies the big problem: he’s paid by the neighborhood to walk around with a pistol and ‘police’ the area,” he wrote, “This is a huge issue with me.” The joke reflects a callous attitude to the tragic loss of life of an unarmed teenager at the hands of an adult with a history of violence, drawing into question what Dargy himself would think is appropriate action. “Who can trust this man in any interaction with an African American?” Bandaloop wrote. “How can this man make sure any mixed cultures are ‘secure’?”

Bandaloop said he tried to contact Dargy’s supervisors but was “brushed off” and provided their phone number for others to try. The post has since been shared over 1,100 times, and it seems the supervisors finally listened up. The Westport Regional Business League put out a statement that Dargy had been placed on administrative leave, and that they were investigating the incident. “If true, it is reprehensible,” they said, “and we will have zero tolerance for that type of behavior in this welcoming district.”