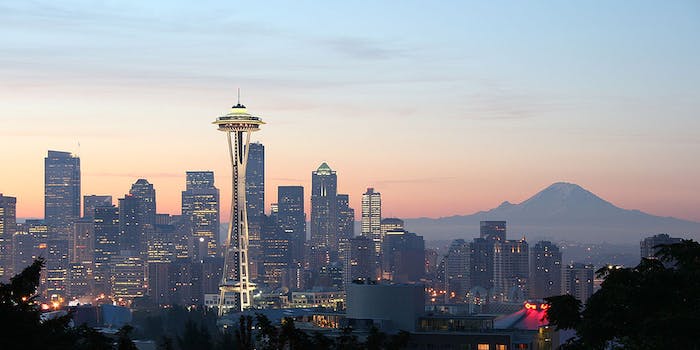 The Seattle Police Department is proud of its use of body-cameras, and have started a YouTube channel to showcase their efforts.

The sad fact is that the videos are blurred to the point of looking amateurish, becoming more of a self-congratulatory exhibition than a tool for public transparency.

The SPD says the videos are intentionally blurred to protect privacy, with a redaction tool added to remove sensitive areas. To make the public-facing video channel even less valuable, there is no audio.

The YouTube channel was launched on Feb. 25 with videos taken at a Jan. 19 Martin Luther King Day protest. The SPD announced in Dec. 2014 it was equipped East Precinct police officers with body-cams as the culmination of a year-long to offer greater visibility to the public in how they gather evidence and document on-scene actions.

Critics of the SPD’s blurring of videos have stepped forward to point out that blurred videos have little value related to offering greater transparency. In Dec. 2014, Free Thought Project reported on a hackathon held by the SPD, the purpose of which was to find ways to censor their body-cam videos. Because the process of redacting content can take hours, slowing down the process from capturing content to release to the public, the SPD needed external tech help to aid in their censorship.

The SPD body-cam experiment was scheduled for 2014, but was delayed due to Washington State legal requirements, which mandate that conversations recorded at a private residence must have taped consent from the conversations’ participants to be released to the public. That policy does not apply to videos recording in a public place, such as those released on the new SPD YouTube channel. A Nov. 2014  ruling from Washington Attorney General Bob Ferguson stated that police do not need to get permission for videos shot in public.

Body-cam videos from other police forces in Washington appear on YouTube in full resolution, and in some cases with audio. The Bellingham Police appears to have little issue with capturing interaction with suspects without any form of censorship.

How do Seattleites feel about the SPD body-cam channel on YouTube? We may never know; comments have been disabled on the site.