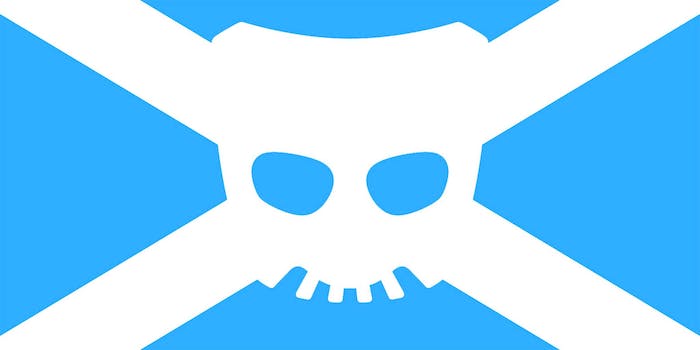 What does 'Blow Me Kneel' think about the European Union, anyway?

It’s been dominating political discussion in the United Kingdom for weeks, and no place is safe—not even Grindr.

We’re talking, of course, about Brexit. The portmanteau refers to Britain’s Thursday referendum vote on whether it will exit from the European Union.

Scottish Tumblr sensation Tom Court (aka Machotrouts), who previously polled Grindr’s gay and bisexual men on Scotland’s 2014 independence referendum and the 2015 general election, has used his casual trolling skills to once again brilliantly survey the community’s stance on current events.

Each question Court asks is polite and to-the-point, which ends up being hilarious when he adds in the usernames of his prey. When asked whether the U.K. should withdraw from the union, Grindr user Hung 4 Roleplay responds that he’s “always reluctant to withdraw from anything” and prefers “putting in.”

Grindr user Unscene responds to the prompt with a “hell no” due to the risk of withdrawing “quality cocks from Europe.” If that isn’t a pro-immigration stance, what is?

Court managed to poll enough people on Grindr to develop a data set: 151 users responded to his questions, which was about half of the 327 he reached out to. Out of the 108 that gave a simple “yes” or “no” answer, 81.5 percent voted to remain in the European Union, while 18.5 percent thought the U.K. should go indie.

Court added some details regarding the 43 Grindr users that gave answers more complex than yes or no.