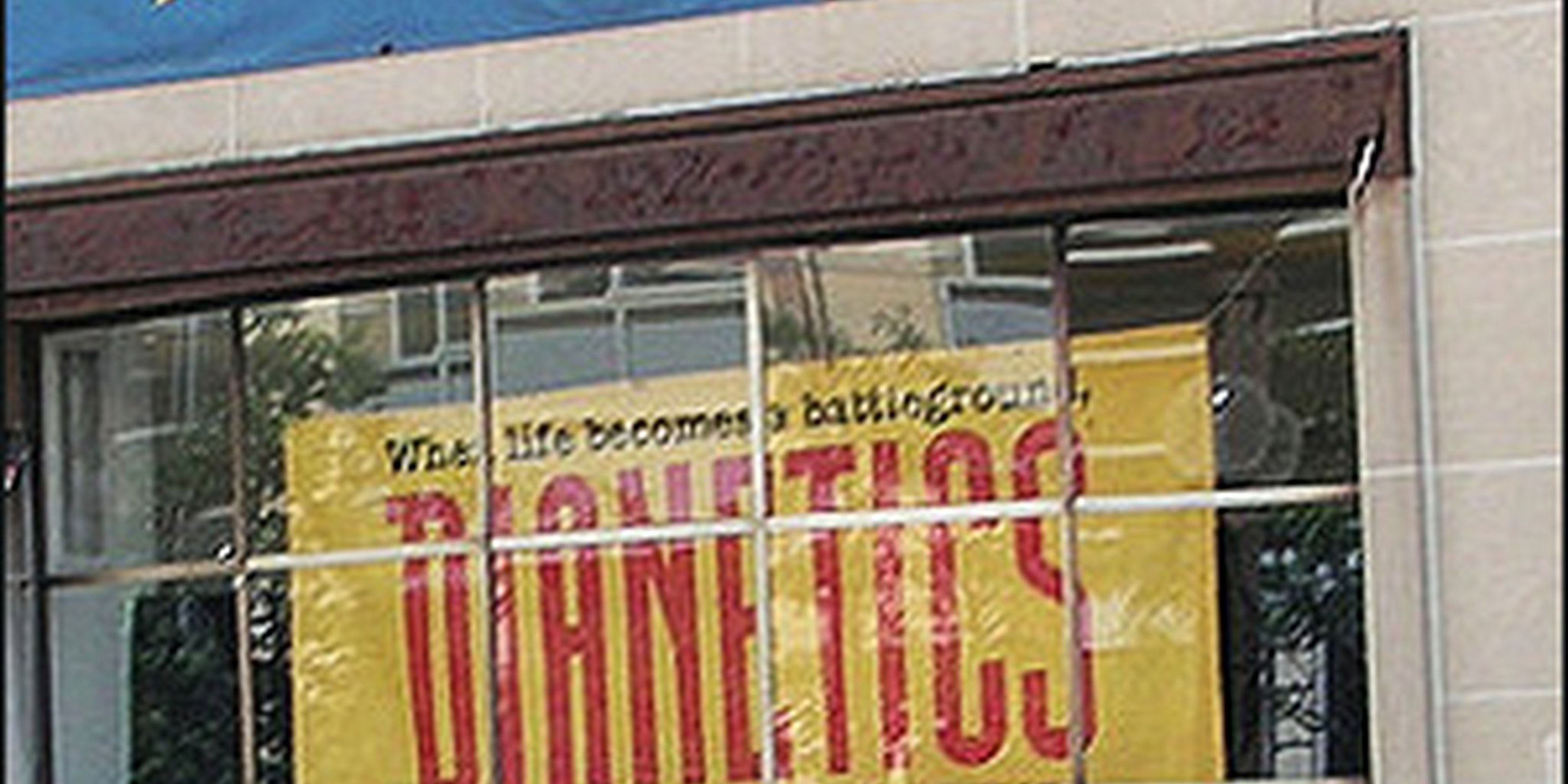 In the first installment of a two-part series, the Daily Dot takes a look at the surprising similarities between Scientology and regular RPGs.

Over the past decade, Scientology’s bizarre belief systems have become a matter of public record. Given all the controversy and pop culture jokes, it can be difficult to come up with a frame of reference to understand why the controversial organization has managed to survive for so long. (L. Ron Hubbard wrote the group’s cornerstone text, Dianetics, in 1950.)

Oddly enough, in several ways, the closest system Scientology approaches is that of a broken role-playing game.

A role-playing game, or RPG, is a game where players pretend to be someone else. RPGs come in many forms: “tabletop RPGs” like Dungeons and Dragons (D&D), daily private role-playing, or nightly massively multiplayer online role-playing games (MMORPGs). There’s even the occasional RP party in online chats like Omegle. Like any other healthy social system, the best RPGs teach creativity, teamwork, and discipline.

Very rarely, however, an RPG can spiral out of control, leaving participants emotionally shaken and prone to mistaking what’s fantasy and what’s real.

In a two-part series, the Daily Dot takes a look at the things Scientology has in common with RPGs.

One of the core tenets of Scientology is the practice of dianetic auditing. Scientology’s own website describes auditing as “the process of asking specifically worded questions designed to help one find and handle areas of distress.” What they don’t tell you is that this is only basic Scientology. At the upper levels, or “OT” levels, Scientologists literally re-enact scenes from the moment when Emperor Xenu dropped an H-bomb into a volcano, scattering billions of alien souls into the cosmos.

The scenes are scripted and come complete with sound effects, as you can see from this excerpt from a 1981 Scientology text:

7. THETANS STUCK TO OR PLACED ON ELECTR0NIC RIBBON AND PULLED DOWN OVER PEAK

According to Scientologists, the result of this role-play session is “a sort of superhuman independence from the physical universe.”

Nearly all RPGs use similar general outlines for gameplay.

“Often players go a session knowing how things are going to go in general, and then play it out in an ephemeral real-time medium,” an anonymous member of an online journal-based RPG explained to the Dot.

Whether they’re informal online planning sessions or published information, like the kind put out by Wizards of the Coast for D&D aficionados, RPGs use planned outlines before a dramatization in precisely the way Scientology uses scripts to help its members “relive” pivotal moments of Hubbard’s created history.

2) One body, many spirits

Role-playing appeals to people who like to pretend they’re someone else for a while, whether they’re actors or everyday would-be heros. At a basic level, RPGs ask you to spend a bit of time pretending to be a fictional character.

Rarely, we find groups of people who spend the vast majority of their time either role-playing as other characters or actually living in the belief that they are other characters. Perhaps the best known example of this belief system is Otherkin, which, while not a religion of its own, does have some religious overtones. Similar are those who practice Multiplicity (sometimes called Plurality), many of whom have been diagnosed with Dissociative Identity Disorder, who seek to gain wider acceptance and legitimacy for their belief that they inhabit multiple personas.

One person who knows this all too well is Abbey Stone, who for years was the victim of an RPG-turned-cult. Last year, Stone wrote about her experiences in an attempt to warn potential new victims about the cult’s figurehead, Andrew Blake, previously known as Jordan Wood.

Stone details years spent interacting with fictional characters from The Lord of the Rings (and some of the film’s actors, too), all of whom Wood believed were real people inhabiting another plane of reality.

Stone describes how each Lord of the Rings persona that she and Wood’s other victims encountered while channeling had some kind of pain that had to be processed so that they could heal and move on. Note: This has nothing to do with the real Orlando Bloom.

“We helped Pippin (Raz) and Merry (Kali) come to terms with the rest of their post-quest lives, and from the curse that had tormented them for the next 6000 years….And Andy [Blake] came – that is, now he was the duplicate soul of Orlando Bloom, who also had a history full of abuse and unprocessed pain. We had to ‘help’ him too.”

Jordan Wood’s mini-cult was remarkably similar in practice to Scientology, which also posits that every human is full of alien souls, termed “thetans,” which Scientology seeks to identify, heal, and purge. The idea of multiple souls in one body is not unique to Scientology—many world religions espouse the idea, and Otherkin and Multiples believe in the concept of walk-ins, or other souls who essentially pop in for a visit now and again.

But the belief in fictional identities that need to be prioritized above one’s own well-being, purged, and set free at all costs? That is something uniquely cult-like.

Stone’s incredible story has an equally incredible climax: Wood forcing her to abandon her belongings and walk from Buffalo, N.Y., to the Canadian border in the middle of winter. Explains Stone, “He had a character who was a Mountie who explained how very, very easy it was to seek political asylum in Canada.”

Stone escaped. Wood, now going by Andrew Blake, went on to become involved in a triple murder-suicide. A source close to the subject alleges that he is currently working at a Protestant church camp in the Northwestern U.S.

Stone experienced firsthand the ways in which a cult mentality can grow out of intense situations where reality becomes blurred. Scientology has been capitalizing on such situations for decades.

Read part 2 of this series.