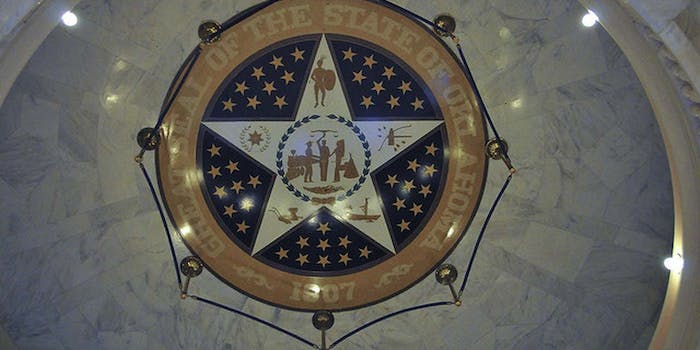 Oklahoma’s capitol could get a Satanic monument, because Internet

Add a statue of the pagan idol Baphomet to the list of things religious groups want to install at the Oklahoma state capitol.

Back in December, a New York City-based organization called the Satanic Temple offered up an Indiegogo campaign to crowdfund a  monument at the Oklahoma state capitol. Yesterday, they unveiled the proposed design: A seven-foot statue of the pagan idol Baphomet, which will be interactive.

The group is crowdfunding Baphomet, who is shown in the blueprints flanked by two children, as a response to the placement of a privately-funded Ten Commandments monument at the capitol last year. After the stone tablets were erected, the Oklahoma chapter of the ACLU sued to have it removed, and other religious groups demanded their own monuments, including the Satanic Temple, which led to a moratorium on capitol monuments. 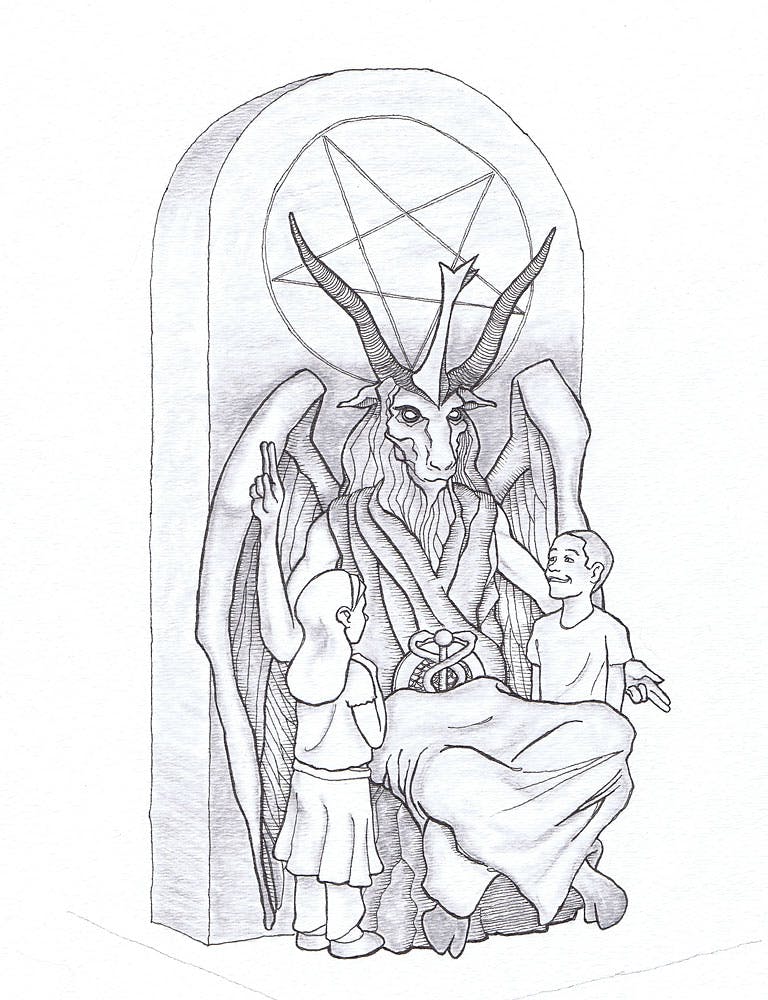 But that didn’t stop the Satanic Temple from getting their point across, however tongue-in-cheek it might be. The group’s spokesperson, Lucian Greaves, said in a statement that the statue “will serve as a beacon calling for compassion and empathy among all living creatures.” It will also function as a place where “people of all ages may sit on the lap of Satan for inspiration and contemplation.” Further, it will include quotations from William Blake and Lord Byron.

Earlier today, the group reached its $20,000 goal, 10 days ahead of its Jan. 17 end date. The fundraising process might have been accelerated by the unveiling of the monument. (If you donated, $100 gets you a Satanic Temple t-shirt and mug; $250 gets you that plus a bumper sticker.)

In an interview with CNN’s Belief Blog, Greaves said they see Satan not as the hoofed creature portrayed in popular culture, but as a “literary construct.” Christian soldiers known as Knights Templar were once accused of worshipping Baphomet.

It doesn’t hurt that their proposed design—and the idea that children would be interacting with it—has ruffled more than a few feathers, which in turn draws publicity and donors. The campaign’s compilation of talk show hosts and religious types freaking out practically produced itself.

The Indiegogo page does warn that the statue might be rejected. In that case, “all funds will go toward efforts to appeal or contest the rejection, and/or place another Satanic monument in another relevant location.”