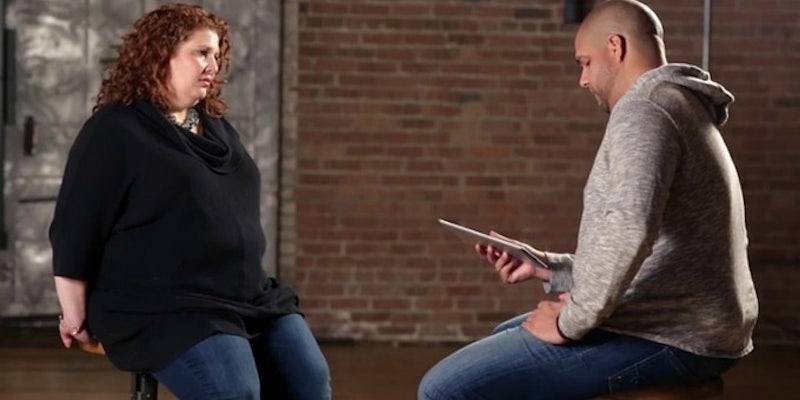 Screengrab via Just Not Sports/YouTube

Will this video change any minds?

It’s no secret that women are targeted, harassed, threatened, and slandered on Twitter simply because they dare to have an opinion. Or because they, you know, exist.

Female sports writers are constantly under attack, and to expose the vileness of some of the tweets they receive,  Julie DiCaro—an anchor for 670 The Score in Chicago and a writer for The Cauldron—and ESPN’s Sarah Spain participated in a video through the Just Not Sports YouTube channel that featured random men reading the women’s hate tweets directly to their faces.

It’s similar to Jimmy Kimmel’s “Mean Tweets” segments. Except this is not at all funny. It’s actually disturbing, and for the men who read other men’s degrading words to the women sitting in front of them, it’s increasingly uncomfortable.

DiCaro previously wrote about being raped in college, and while reporting last year on a rape case involving Chicago Blackhawks star Patrick Kane—who was never charged with a crime—DiCaro was threatened by apparent Kane fans.

Spain also has been threatened via social media.

But despite the video’s growing number of views, who knows if this kind of harassment will ever end.

The guy who has been trolling me all day every day for 9 months doesn't believe the #MoreThanMean video is accurate. Oh, the irony.

Bravo @SarahSpain @JulieDiCaro & the women & men who filmed the #MoreThanMean video. It won't change everyone but maybe it'll impact a few