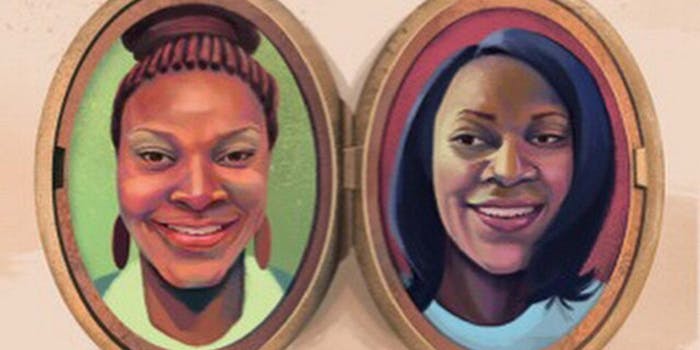 Lenny gave an early preview to promote Woman4Woman, a site Sandra Bland had worked on.

Sandra Bland may no longer be alive to tell her story, but Lena Dunham’s new online newsletter is doing its part to make sure it lives on.

Prior to Bland’s July arrest and subsequent death, she was working on an online platform for women called Woman4Woman with her friend and mentor, Chenai Okammor. At the same time, Lena Dunham, Jenny Konner, and their team were gearing up for the fall launch of Lenny, an email newsletter. But everyone who’d already signed up for Lenny received a surprise in their inboxes Monday morning: a special edition about Sandra Bland on the day of the Woman4Woman launch. 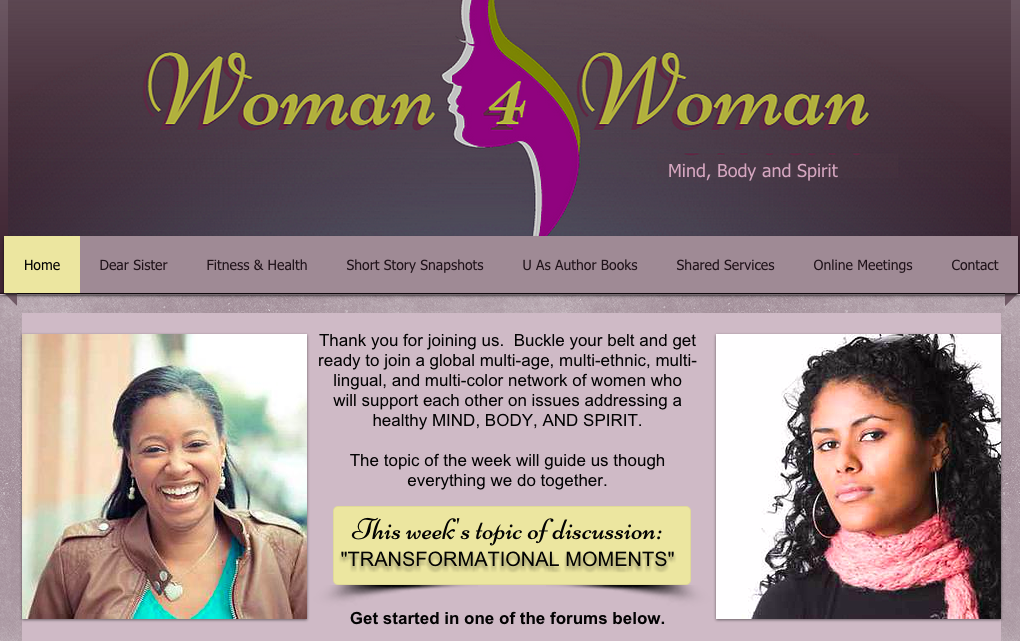 In a Q&A between Dunham and Okammor, we get to hear a different side of Bland’s story—one separate from the police video and the autopsy report, and one that gives us a portrait of a 28-year-old woman searching for meaning, purpose, and a strong sense of herself.

“She reminded me of myself when I was younger,” Okammor, 51, told Dunham of her late friend. Okammor met Bland met at church, and the two connected over their shared love of writing and of encouraging women to find their voices and share their stories. They exchanged numbers and then began exchanging ideas. Eventually, the idea for Woman4Woman was born.

Sandy was raised by a single mother with a bunch of sisters. And she said that when she was growing up, she held back her thoughts at times. What became clear to me as I met more with Sandra was that she was finding her own voice. After a couple of meetings, Sandra shared our project with her sisters, encouraging them to join our group. She had such a commitment to having women tell their own stories and she helped them talk about things they hadn’t talked about before.

Sandy said to me, “I’m 28 and I’m just now beginning to identify what I stand for. I do know that when something is wrong, it bothers me so much that I take it to heart.” When she started working on this project I asked her what she wanted to accomplish with it. She said, “I want to be able to share my story with young women out there.” Because she still thought she was alone in her quirkiness.

In a phone call with Jessica Grose, editor-in-chief of Lenny, the Daily Dot learned that Grose found out about the work Okammor and Bland were doing by way of Charles M. Blow’s op-ed from Bland’s funeral. Blow wrote of how fiercely beloved Bland was but also of her struggles, and she made a passing reference to the site Bland had been working on when she died:

“That was not to say that Bland didn’t have her ups and downs the way many young people do. But rather, she wasn’t afraid to admit it and wanted to use her testimony to help others. I spoke to a woman with whom Bland was working to start a women’s empowerment forum online [Okammor], who said that Bland told her that she wanted to share her travails because “it takes a lot of will and resilience when you’re going downhill to stop yourself.”

This particular piece of information piqued Grose’s interest, and she reached out to Blow to find out more. After getting Okammor’s permission, Blow connected her to Grose, and she was immediately on board to speak with Dunham about Woman4Woman.

“We just wanted to give [Okommor] as much support as we can on her launch today because we thought her project was so important and special, and her relationship to Sandy was so important and special,” Grose said. “She wanted everyone to know what a wonderful person Sandra was, and give a full picture of the woman she’d been. And she was excited to get the word out there about what they’d both worked so long and hard on.”

The inaugural Lenny letter was sent out at 6am on Monday and made available on the website at noon. “We wanted to make early subscribers feel like they were getting something special,” Grose said. Their official launch is tentatively scheduled for Sept. 29.

While the email will exist in perpetuity, they also chose a more ephemeral way to spread the word: Snapchat. In a special video message from Dunham in the Snapchat Discover story on Monday, she teases her interview with Okammor.

“Hey, I’m Lena Dunhman, and I’m the co-founder of LennyLetter.com. You’ll be hearing more in the coming weeks online and on Snapchat. But for now, there was a story we felt that we had to share.” 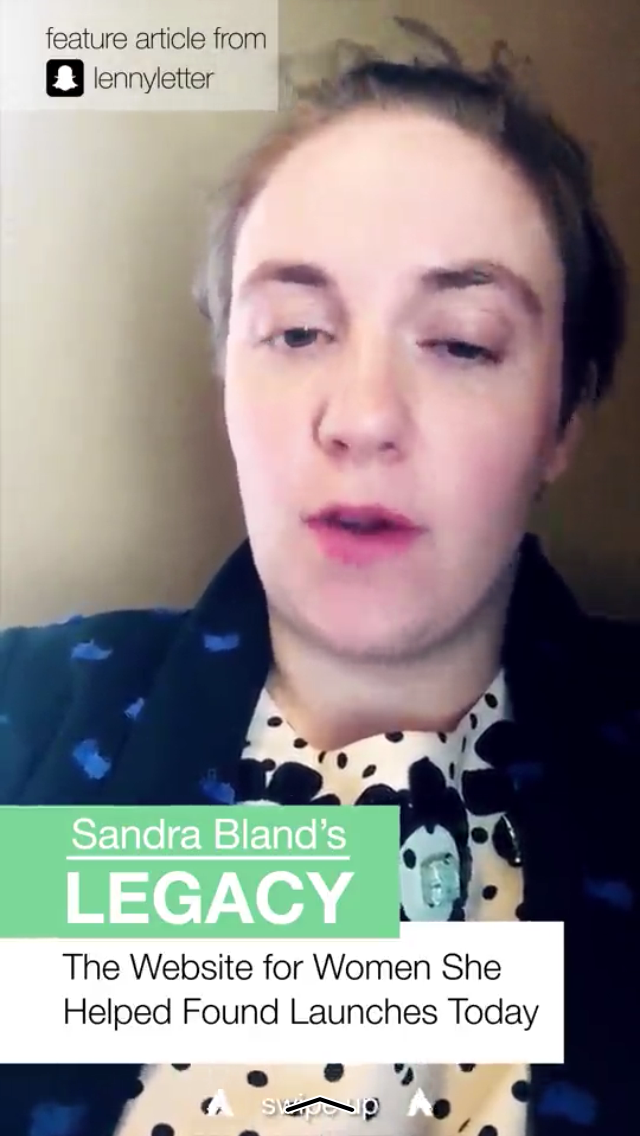 “It has such a young female viewership, and we see that as a big core of our audience that we want to reach,” Grose said of Snapchat. “Their audience skews a little younger, and we want to introduce a younger group of women to our brand of feminism and social justice issues.”

She also says they hope to do more work with Snapchat in the coming months.

Each week, Woman4Woman will explore a specific topic with a question as a prompt. The question on launch day is the following: “What do you believe to be the most transformational moment/moments that impacted the woman you are today?” Without a doubt, for Okammor, Bland’s death will be one of those moments.

Illustration for Lenny by Nathalie Ramirez