What isn't for rent in San Francisco?

San Francisco is in flux, and the stories coming out of the city reflect both the growing discontent and tone-deafness. The influence and wealth of the Silicon Valley tech community has changed the class system, and made rent and the cost of living skyrocket. There’s been a protest song raging against Google’s corporate transportation system, and talk of the coming class war. Meanwhile, a 500-square-foot studio apartment might cost you $2,400 a month, and that’s on the cheap side.

San Francisco photographer Scot Hampton decided to use his professional medium to parody this gentrification epidemic. He first posted a Craigslist “for rent” ad for a waterfront condo, priced at $5,000. “Enjoy the sounds and smells of the UN Plaza fountain as you relax in your condo after a hard day of complaining about the homeless,” it reads, which is might be a reference to AngelHack CEO Greg Gopman’s privileged rant against the homeless last December. 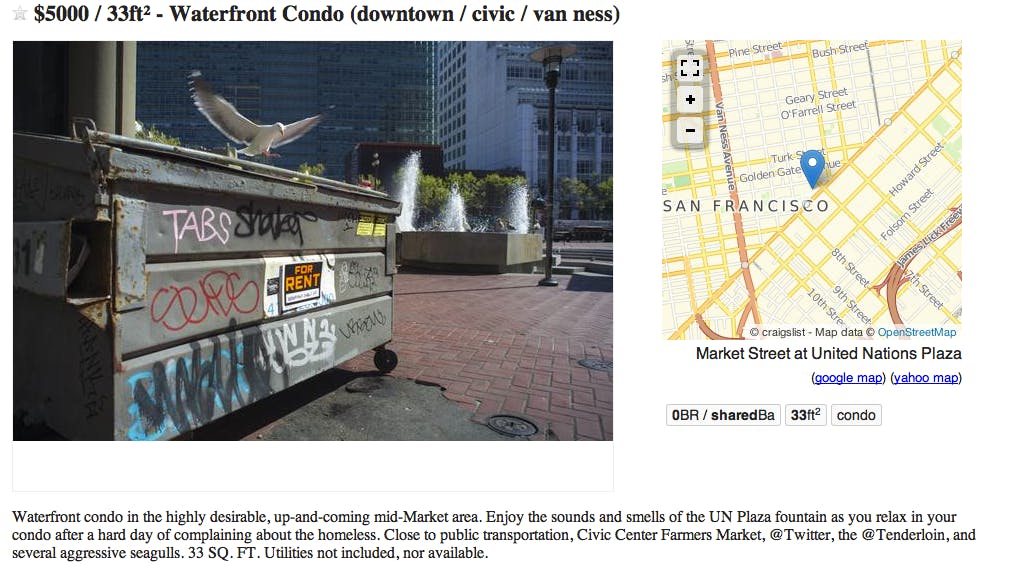 Hampton then went a step further. His new photo series, “SF: For Rent,” offers visual proof of the alternative properties San Francisco has to offer. He described the project as a “mordant exploration of SF’s current housing crisis, emphasizing how ludicrous the rental has market become.” 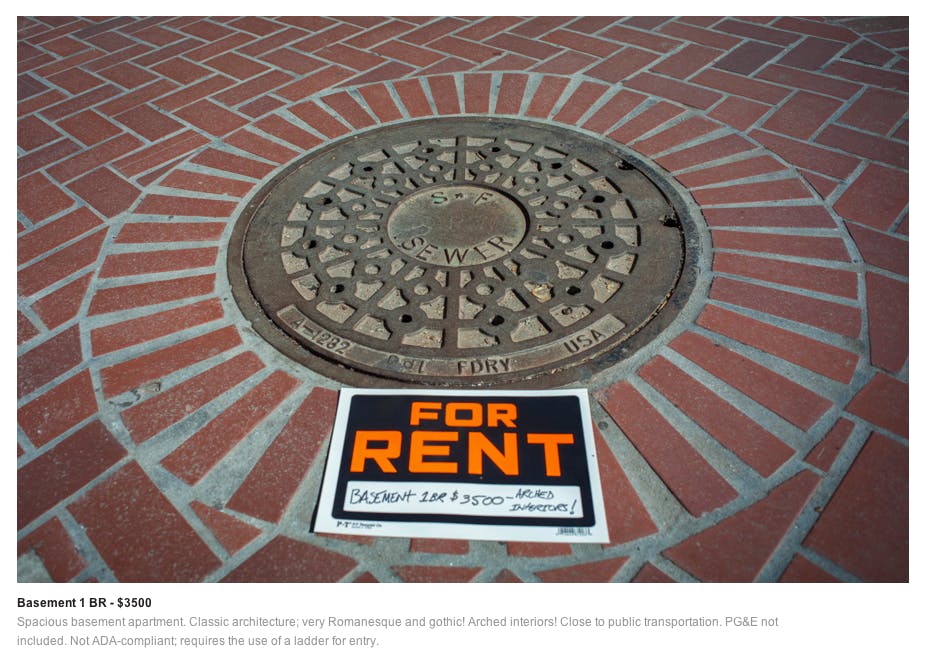 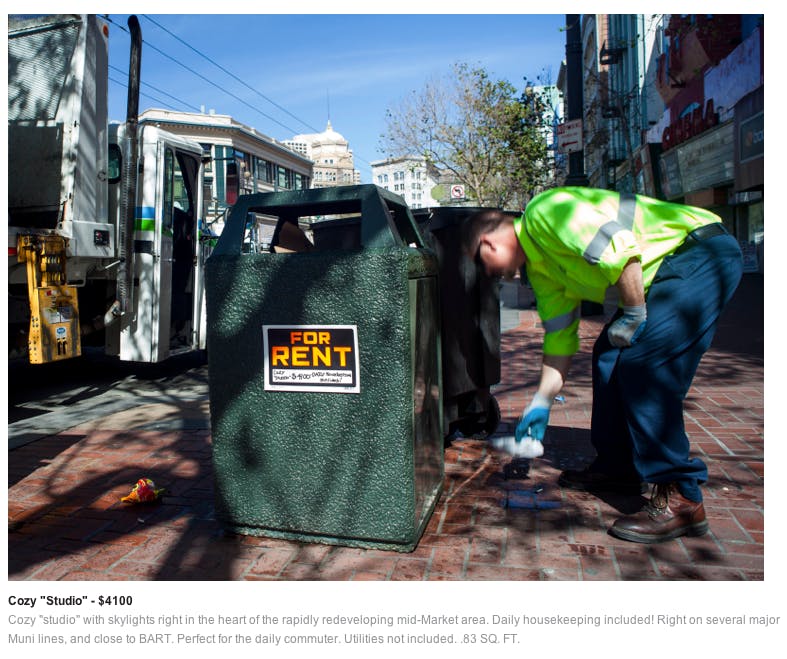 Sure, this is very pointed satire of a city’s housing bubble pushing its less fortunate residents to the edge, but it makes you wonder: If the class war comes, who will actually be taking to the sewers?