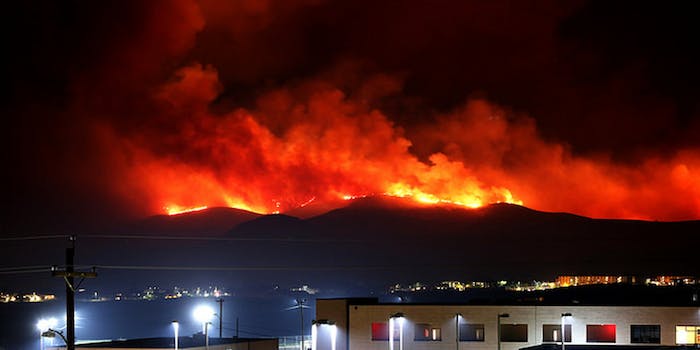 What it’s like to drive through a raging wildfire

In less than two minutes, the landscape changes dramatically.

Wildfires have been devastating communities in and around San Diego for the past week, fueled by strong Santa Ana winds and drought. They’ve gotten so immense, they can now be seen from space.

Jeb Durgin uploaded this clip to YouTube on Wednesday, and it shows the intensity and scope of one of the wildfires raging in a San Diego neighborhood. In less than two minutes, the landscape changes dramatically.

As many as ten fires have swept through the region, and in one case, arson is suspected. These wildfires have also produced one of the most terrifying hybrids in nature: a firenado.