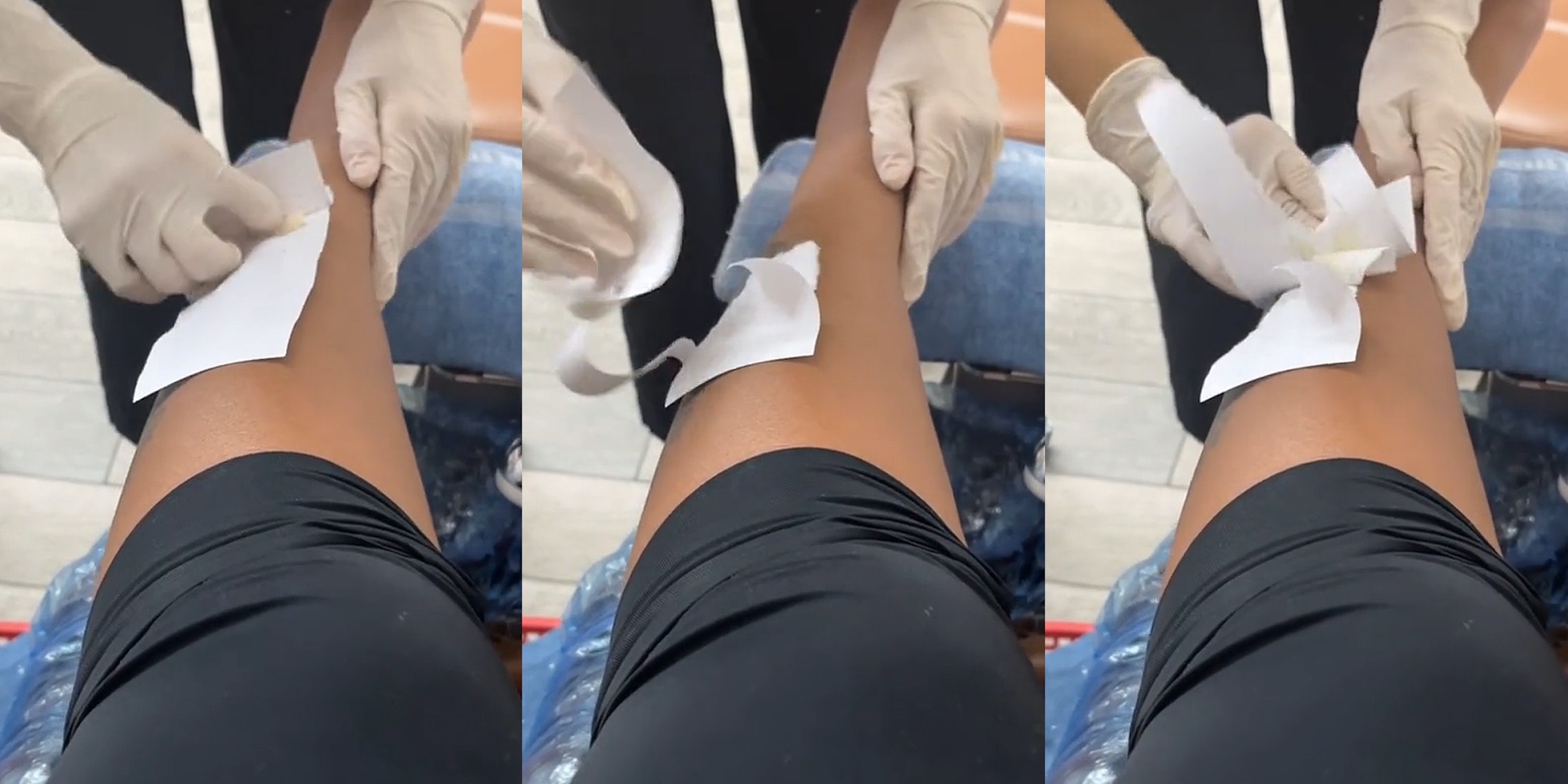 A TikToker’s video showing a salon employee allegedly using plain printer paper to wax her legs has raised several eyebrows on the platform, where viewers are stunned to see it.

Posted by user @pimpttt, the video shows plain strips of what appears to be printer paper being used to wax her leg instead of depilatory paper. In her comments section, she told viewers that she left after they waxed only one leg.

“Bro.. is that PRINTER PAPER?!” the caption reads. “Never again.”

Some viewers urged her to report the salon to the proper regulatory authority.

“Call the state board,” one commenter wrote. “I am not playing.”

“I would’ve called state board so quick, I know they don’t got no type of licenses doing that technique,” another commenter wrote.

“Yeah call state board ASAP cause they definitely aren’t licensed for that,” a commenter wrote.

Others shared their own experiences with estheticians and wax technicians using weird things to wax them.

“My eyebrow lady used her mail once,” one commenter wrote. “I was giving her the side eye as she was cutting up the envelope.”

“I went to go get my legs waxed once & they literally used a bed sheet that was cut into pieces!” another commenter wrote. “NEVER AGAIN!”

“Man I was getting a wax at a nail shop…I opened my eyes while she was dipping the stick,” a commenter wrote. “She was using freakin MAGAZINE PAGES….Immed. Said ur done.”