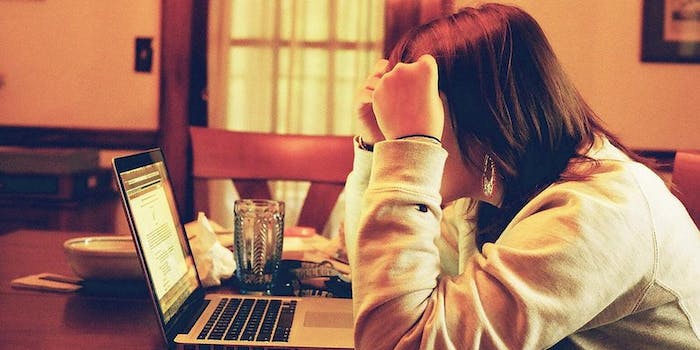 Some people are blaming the tragedy on the girl's parents. Others are blaming Internet pornography.

After her parents found her browsing history, they also confiscated her phone, discovering that she had received multiple texts “of quite an obscene nature” from her friends, law enforcement officials told the Russian-language news site Life News. Dasha jumped to her death a few minutes later.

A local law enforcement official said, “We aren’t excluding the possibility of bringing up charges on inciting a suicide.”

The incident has sparked fierce debate online. The Daily Mail reports that many Russian commenters are blaming the girls’ parents. “I can only imagine what they might have told the poor girl,” one wrote. Another added, “They should have spoken with her calmly. This is such a delicate situation.”

Others are blaming the scourge of online pornography. “We’re reaping the fruits of overindulgence,” one user wrote. “Restricted access to web sites with questionable content needs to be guaranteed.”

For those who fall into the anti-pornography camp, it should be noted that Russia already restricts access to adult websites. In the summer of 2012, the Russian government passed a controversial law restricting the online distribution of “harmful material,” including pornography, on the grounds that such material poses a threat to minors.

Earlier this week, 25-year-old Romanian model Loredana Chivu shared her story of a family member taking her own life over pornography: Her father killed himself shortly after she posed for nude photos in the Romanian edition of Playboy when she was 18.