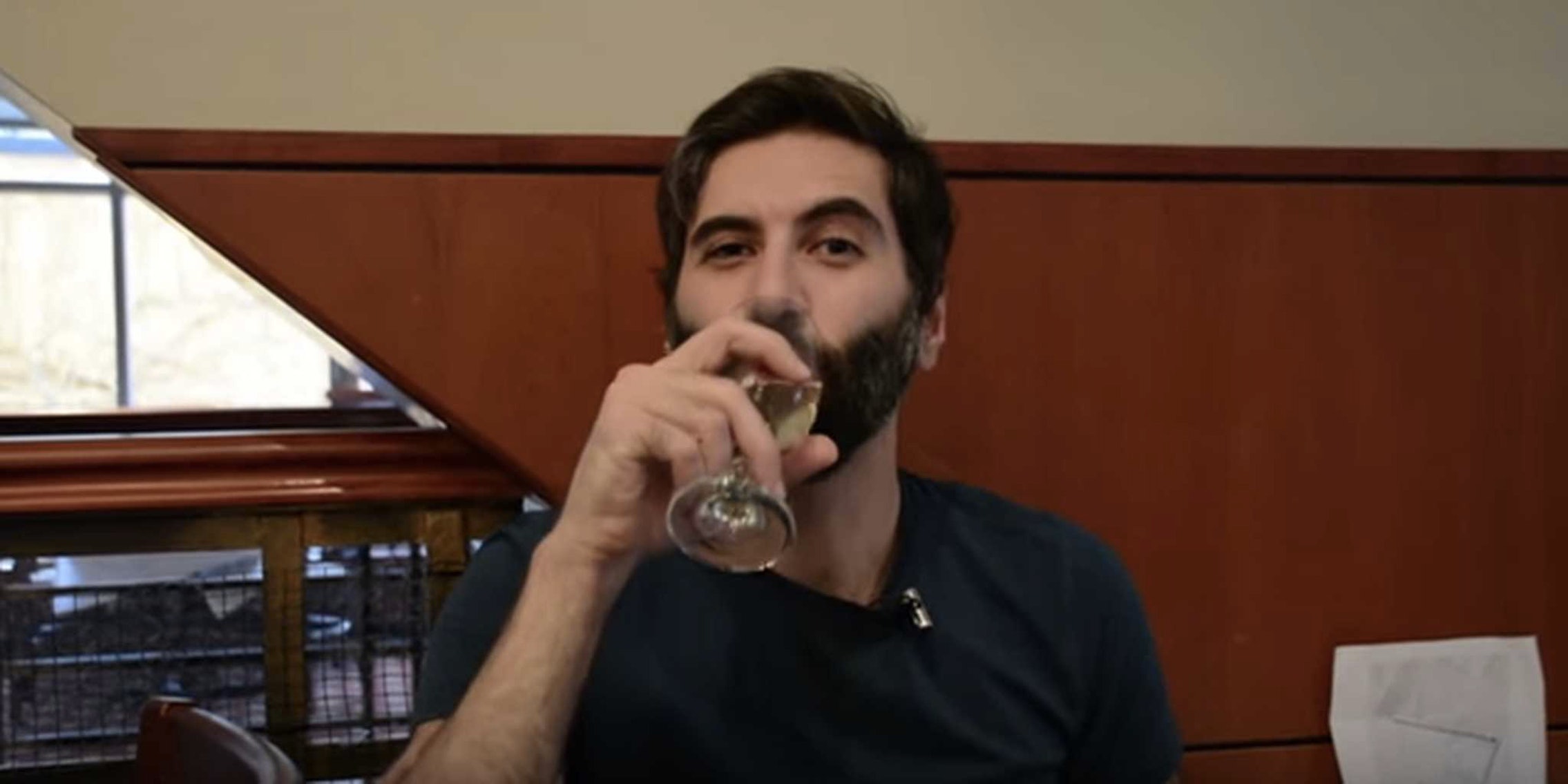 Roosh’s Return of Kings outlines why it canned MRA meetups

In their minds, it was simply a tactical retreat.

An international meetup of the supporters of blogger and men’s rights activist Roosh was thwarted after feminists and activists around the world rallied against them. On Friday, the day before the meetup was supposed to take place, a post on his site Return of Kings explained exactly why they were called off.

The post was not written by Roosh (real name: Daryush Valizadeh) himself, but by Davis M.J. Aurini, a contributor to the site. Aurini in his bio describes himself as a train historian and Infantry soldier in the Canadian Forces, as well as an author, strategist, neoreactionary monarchist, and an entrepreneur. According to his photo, he also really likes guns.

He starts the post by explaining that “a tactical retreat was the only sane option” in the face of harsh media scrutiny that could have put their tribe members at risk. Aurini made sure to stress that the whole thing was a real learning experience for him and his fellow RoKers, and broke out his post into four major learnings.

First, he writes that “Our Enemies Are Legion.” He recognizes that enemies of the RoK demonstrate “both extreme cunning” while showing signs of  “mindless conformity.” It’s clear that he believes there is a media conspiracy against him and his brothers. Next, he refers to their enemies as narcissists. Aurini explains:

The behaviour we’ve witnessed over the past week is perfectly explained by flocks of narcissists, organized online, exercising vicious cunning with a human’s capacity for abstract thought. They are the metaphorical lizard people, dressed in skin suits, unreasonable and unrepentant. Those of us on the front lines have seen their true faces a hundred times before; after this past week, their nature has been revealed to all who had eyes to see.

And this nature, in Aurini’s and all other RoK supporter’s eyes, is one that will do absolutely anything to achieve a goal. He believes they’ll use “violence, lies, false philosophies, and pretend victimhood” to get what they want. He moves on to describe what the meetups were really about, and what was lost by having to cancel them:

What were the upsides of this meetup? Making new friends, networking with men who work in other industries, and starting the process of building a community, something sorely lacking in this atomized age. The only substantive difference between this and a MeetUp.com hiking group would have been a greater degree of philosophical coherence and commitment (and even then – the sort of people who will leave their homes to go hiking are the sort who agree with us on most topics already).

What were the downsides? Assault, doxing, online smear campaigns, trumped up charges leading to arrest, and even death at the hands of on unstable lunatic. As great as the happy hour would have been, it wasn’t worth the potential cost.

The cost being the thousands of protesters who promised to organize, and are still planning on organizing, to counteract the Roosh meetups. It’s unlear what Aurini thought they would do, but it was enough for he, Roosh, and their other cohorts to call it off. Typical beta move, as they’d say.

He then refers to the aforementioned “tactical retreat,” which he believes lead to “strategic victory”:

By attempting to set up this meetup, we effectively sent out a small expeditionary force—only to discover an entire division hiding behind the next ridge. They responded to our reconnaissance team with salvos of artillery, displaying their bellicosity for all to see, allowing us to realize the breadth and depth of the forces arrayed against us. They failed to annihilate us, and they gave away their position; meanwhile our position will be strengthened as more men flock to our cause, first out of curiosity, and then out of righteous outrage.

It’s been speculated that Roosh never intended on actually having these meetups, but was rather using them to stir up trouble and get publicity. If the latter is what he was going for, he certainly succeeded.

Despite the lengthy post and explanation, there’s still fear about RoK members meeting in secret and away from law enforcement. A post in the Facebook group for one of the counter-demonstrations indicates that the meetups may still go on, just in slightly different locations.

In Aurini’s eyes and Roosh’s, this is a “battle for civilization.” It’s just too bad it can’t be more civilized.