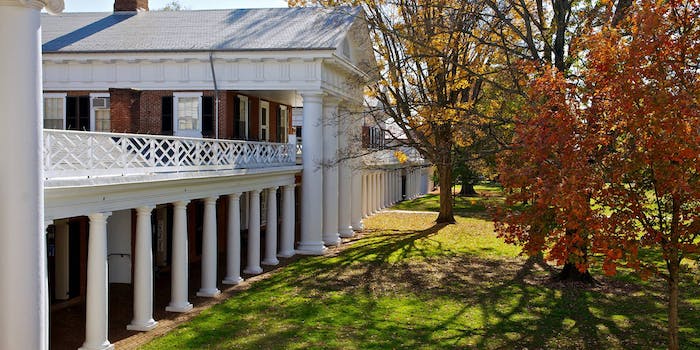 'By the time we ended our conversation, I felt nearly certain that she was not being truthful.'

“We have to issue a retraction,” writer Sabrina Rubin Erdely stated in an email to Rolling Stone editors two weeks after the publication of “A Rape on Campus” at the tail end of 2014.

The email was unearthed in court filings obtained by the Washington Post on Saturday. Those documents are being used as evidence in a $10 million lawsuit against the publication by UVA Associate Dean Nicole Eramo.

In addition to Erdely’s email, the filings reveal that the journalist had full knowledge that the victim, known as Jackie, had changed her story over time. Jackie’s account reportedly mirrored pop culture depictions of rape, including prominent books about the subject as well as an episode of Law & Order: SVU titled “Girl Dishonored,” which aired in 2013.

In fact, Jackie had mentioned the above media to Erdely over the course of the six interviews the reporter conducted. Her research stopped short of tracking down a suspect.

She was similarly unable to interview the three friends Jackie claimed had helped her the night of the incident and was unable to track down two fellow students whom Jackie claimed were also victims of game rape by Phi Kappa Psi, the fraternity at the center of “A Rape on Campus” that has separate lawsuit filed against Rolling Stone. Instead, Erdely chose to rely primarily on Jackie’s recollections.

Jackie’s inconsistencies and mounting criticisms about the article compelled Rolling Stone to ultimately retract it following an exhaustive audit from Columbia University’s school of journalism. According to Erdely, up until the email she sent on Dec. 5, 2014, she “firmly believed that everything in it [the piece] was true.”

It’s worth noted that prior court filings in the defamation case had revealed that Jackie appeared to catfish a fellow student she was romantically interested in, setting up a fake email account and persona known as Haven Monahan. Though Monahan never existed, Jackie reportedly used a photo of a high school acquaintance to bolster his existence.

The latest batch of information also showed a statement from Rolling Stone that had previous never come to light. It reads:

Obviously, we regret any factual errors in any story, but Rolling Stone believes the essential point of Jackie’s narrative is, in fact, true: A young woman suffered a horrific crime at a party, and a prestigious university reacted with indifference to her claim. This happens too often at college campuses all over America. Any mistakes we made were honest ones, trying hard to create a narrative and an investigation that would improve the prevention, investigation and prosecution of sexual violence. For that we would never apologize.