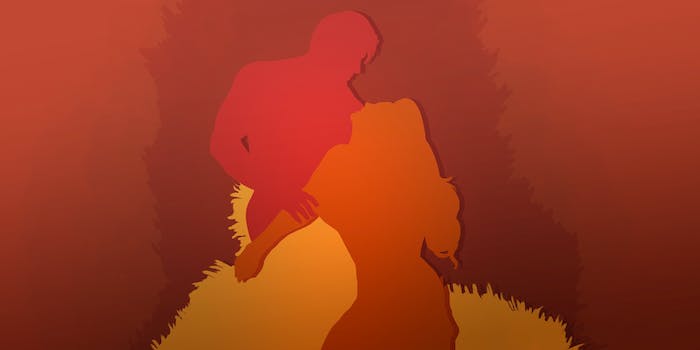 This crowdfunded bookstore will only sell romance novels

Two sisters who love romance novels are using Kickstarter to celebrate the genre.

Romance novels did $1.08 billion in business in 2013—and that’s a lot of Fabio covers. Romance Writers of America, a nonprofit organization, reports that the romance genre makes up 13 percent of the adult fiction market, with women comprising 84 percent of romance buyers.

You’d hardly know any of this from walking into your average bookstore, though. Romance may have its own section (though often it doesn’t), but it’s probably relegated to a small corner.

Avid romance readers and book lovers Bea and Leah Koch want to change that. Both longtime romance readers, Bea is also a romance novelist whose master’s thesis focused on the use of historical fashion in Regency romance novels, while Lea is a fiber artist and quilter whose specialty is contemporary romance and erotica.

Together the sisters are crowdfunding The Ripped Bodice, a bookstore aiming to open in Los Angeles in January 2016 through a Kickstarter campaign which launched on Tuesday.

While romance-friendly bookstores do exist, including popular romance author Nora Roberts’ Turn the Page bookstore in Boonsboro, Maryland, The Ripped Bodice says they’ll be “the only exclusively romance bookstore in the United States.”

The sisters’ campaign has a goal of $90,000. In keeping with the literary theme, awards start at $7, the equivalent cost of one romance novel, and include Ripped Bodice hats, tank tops, sweatshirts, quilts made by Leah and a subscription to their romance-of-the-month club, The Minerva Library.

The Daily Dot asked the sisters over email why romance doesn’t get the respect it deserves, why they’ll stock paranormal romance but not Fifty Shades of Grey, and why they’re so passionate about the genre.

How long have you been considering opening a bookstore, and what made you decide to do it now?

We’re huge bookstore nerds. Our family has been seeking out independent bookstores when we travel and in our respective hometowns for our entire lives. So the idea has always been there, but we started seriously talking about it a year ago. We were both finishing school and made the decision that we wanted to be entrepreneurs together and fill a serious hole we saw in the bookselling world.

Why did you decide to use crowdfunding?

We love Kickstarter. It is such a great model for young entrepreneurs, so we were always excited about the possibility of a crowdfunded store. We think it makes particular sense for a romance bookstore because the community is so engaged and passionate, particularly online. We wanted romance readers to be involved right from the start.

What types of romances will you stock? Will you include subgenres like romantic suspense? Is there anything within romance you definitely won’t stock?

The best part about a romance only store is the diversity of books within the genre that we will be able to carry. The romance section at a mainstream bookstore is organized alphabetically, but we will organize by subgenre. We’ll be able to direct you specifically to the paranormal-witches section or the modern cowboys section. We will definitely have romantic suspense (it’s the best selling subgenre!) as well as a great erotica section.

In terms of things we won’t stock, we will always be striving to promote healthy and safe sex between consenting adults, so if your book depicts something other then that, we won’t carry it.

Since romance is such a popular genre, why do you think there aren’t there more romance brick and mortar stores?

We really have no good answer for you. It is a question that baffles us daily. The only thing we can do about it is change it!

Your press materials say you’re trying to combat the stereotype of romance as “trashy smut” and you’ve got quilts as awards saying “Romance is Real” and “Smart Girls Read Romance.” Have you personally encountered these stereotypes? Why do you think they’ve persisted?

We’ve certainly encountered them, both as readers, and Bea in the academic world. It is very noticeable at mainstream bookstores. You ask for the romance section and are frequently met with derision or snide humor (and they usually don’t have a romance section). Critics belittle the genre and, by extension, the people who enjoy romance. The stereotypes all come together into one larger idea that romance as a genre is somehow “less than” other genres.

Romance is the best-selling genre in America, so this willful ignorance is annoying. Jonathan Franzen is going around calling Jennifer Weiner’s (a hugely popular and best-selling author of women’s fiction) work “sub-literary” and yet he admits he hasn’t read a single word she has written. [Ed: It was actually Christian Lorentzen who called Weiner’s work “subliterary,” although Franzen has called her work “formulaic fiction.”] And he is not alone. So many of the people criticizing the genre have never read a romance novel. We have to step in and say enough is enough already. You do not get to belittle an entire genre without having read a single book from it.

Has the popularity of Fifty Shades of Grey played a role in making romance more mainstream?

The romance community is diverse and plenty of people enjoyed the Fifty Shades series. But we were disappointed to see it treated as some kind of stand-in for the entire romance genre by the media.

With so many readers shopping online for both ebooks and print books, and many declaring book publishing a dying genre, what role do you see The Ripped Bodice playing?

We will have an online store and we know many members of the romance community prefer to support independent booksellers. However, The Ripped Bodice is not only a bookstore. We are a gathering place for a community of intelligent, opinionated men and women. We have so much to offer beyond just books.

Additionally, we think there will always be people who want to read printed books, no matter technological advances. The great Stephen Fry said, “Books are no more threatened by Kindle than stairs by elevators.”

Can you elaborate on the kinds of events you have planned?

We will have lots of author signings and book launches and we hope to become the go-to destination for romance authors on book tours. We’ll have lectures and panels with writers, publishers and readers about the issues currently at play in the genre. Additionally, we’re excited about our book clubs and romance related television and movie screenings. Some of our ideas include Bachelor/Bachelorette viewing parties and a film festival of all the different adaptations of Pride and Prejudice.