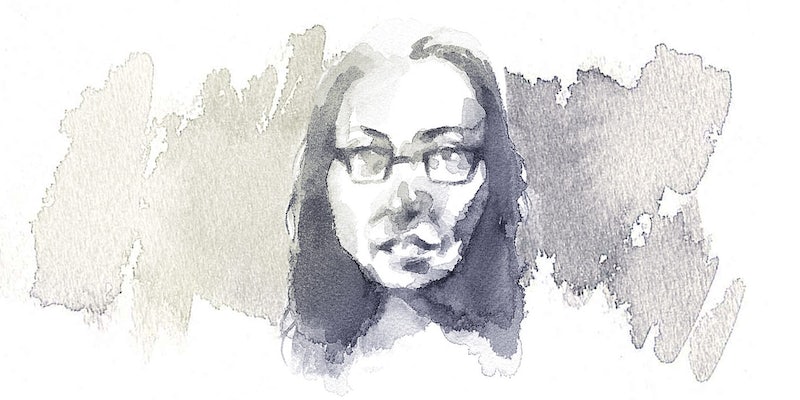 This ‘BookTuber’ will introduce you to your next favorite author

RinceyReads reimagines the book club for the internet era.

BookTube is changing the way internet users interact with books. The loose community of writers, readers, reviewers, and general book enthusiasts operates like a very casual but enthusiastic book club. Rather than meeting every week to discuss three specific chapters, you can explore new perspectives on books you already love, discover what you’re not yet reading, and even question your own relationship to classic literary tropes.

While books and YouTube don’t make obvious partners, the so-called BookTube community is thriving. According Rincey Abraham of RinceyReads, that’s because it’s a place where readers have all the power.

RinceyReads has over 13,000 subscribers, who come to Abraham for all things literary, whether it’s her Thursday book reviews, her discussions about the publishing world, or her insight into what’s happening the book world. She’s also a contributing editor at BookRiot and an active part of the larger BookTube community.

Abraham identified as a “reader” early on; the large age gap between her and her older sisters meant she occupied her free time with books. Her parents encouraged it as well, though they never expected her passion for reading would turn into a career. “Most parents just think of the big careers—doctor, nurse, businessman, lawyer. This was never a thought in their minds.”

“BookTubers are huge influencers. I think it has a lot to do with how easily one’s personality can shine through on video.” —Nicole De Jackmo

YouTube entered the picture for Abraham around 2010, when she started following a few vloggers. One day while watching one of author John Green’s Vlogbrothers videos, she stumbled upon Books and Quills, a video series about books, reading, and language hosted by a girl named Sanne. “She was basically a BookTuber before BookTube was a thing,” she said, “and I realized that was a thing I could actually talk about, since I read a lot. I could see myself making videos.” Within a week, she started.

Abraham’s videos tap into the casual, open quality that can be so enticing about YouTube. Some of her videos are straight book reviews, but others function more as conversations: roundups of what she’s read that month, tips on getting rid of books once your collection is taking over your apartment, and shoutouts to other BookTubers she thinks viewers should check out.

Abraham also answers and asks a lot of questions in her videos, opening important conversations about the very nature of book fandom. In a 2014 video, she addresses a prompt from BookRiot that asked users to define “well read.” From there, Abraham asks just why being “well read” is so important in the first place. “Well read, beautiful, smart, they’re all subjective things,” she says, then proceeds open to up about her discomfort with the idea that there are certain books one needs to have read to be considered accomplished or intelligent. “Reading things just because you want other people to think you’re ‘well read’ isn’t necessarily a good thing.”

These ideas, because they’re in video form, feel less like treatises on the book world and more like honest conversations. And sometimes, it allows for conversations viewers may not be having IRL. Abraham has made a conscious effort to devote a lot of her videos to the topics of race, gender, and the barriers to entry both in YouTube and in publishing.

Keeping an eye toward diversity in publishing is not something Abraham always thought of; like many people, she just focused on reading what she liked. But after seeing another YouTube video that said most people’s reading lists feature less than 10 percent authors of color, she began to wonder. “I watched that video and thought, ‘That’s probably not true for me, as someone who is a person of color.’ … So I decided to go through my reading for the past couple of years, and mine was less than 10 percent. And I was so shocked by that. Because as a person who was even aware of those issues, I couldn’t hit 10 percent, so what were the chances of anyone else doing better?”

Earlier this year, Lee & Low Books compiled information from eight studies and 34 publishers to look at the demographic breakdown of the book industry. The numbers showed that, while cis women made up 78 percent of the industry, it was still overwhelmingly white, straight, and able-bodied, and became even more so at the executive level. Those numbers stayed the same regarding book reviewers.

But Abraham also realized she was in a position of power, especially as publishers began to contact her about featuring their new releases. “BookTubers are huge influencers,” says Nicole De Jackmo, director of publicity for Quirk Books. “I think it has a lot to do with how easily one’s personality can shine through on video. This personality is what draws readers to them and keeps readers going back to them for news and recommendations.” Increasingly, publishers are recognizing that young people are getting their book news from BookTube and reaching out to them for partnerships. “Not only are BookTubers giving readers recommendations and news, but also a feeling of inclusivity into a larger world.”

“I do get reactions from people who watch me who are like, ‘I’m so glad you’re someone who is not white who is doing this.’”

Abraham leveraged her position to make a stark shift in the types of books she features.

“I’ve made the conscious choice to not accept books by white authors, and I started telling publicists that so they know if they’re going to pitch me, it has to be something along those lines.” She says it was nerve-wracking at first, since her instinct was just to accept whatever publishers wanted to send her, but they listened to her requests.

On YouTube, reviewers, book enthusiasts, and others who want to engage with the book industry can do so outside of the traditional framework. Abraham has noticed that, in a very white publishing world, viewers appreciate seeing her. “I do get reactions from people who watch me who are like, ‘I’m so glad you’re someone who is not white who is doing this.’”

Abraham’s passion for books by authors of color is immediately palpable: It makes you want to read those books, to learn about those authors, and to find more like them. For Abraham, that proves how valuable BookTube has become to the book world. “I don’t think people realize just how important we are to publishing.”