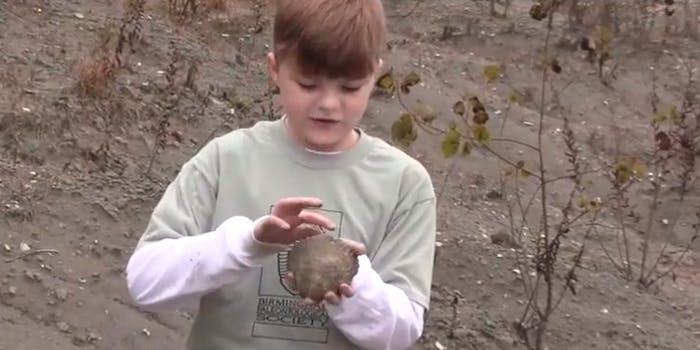 When he's not in school, he's digging for fossils and showing the results on YouTube.

On a dig in Blue Springs, Miss., fourth grader and paleontologist Riley Chandler raked through dirt with his fingers looking for fossils. Later, on YouTube, he showed off fossils of crabs, clams, and a vertebrae from a shark—or maybe a crocodile. All this while wearing a shirt bearing the image of a trilobite.

It’s not uncommon for a kid to grow up liking dinosaurs, but with more than 30 videos on his YouTube channel, Riley is clearly special. His website says he first developed his love for dinosaurs at age 3, and since then has grown to be something of an expert, speaking at museums, schools, and even on the Ellen Degeneres show.

The native Alabaman’s videos range from recapping digs, to explaining the differences between herbivores and carnivores, to his very best Ross Geller impression.