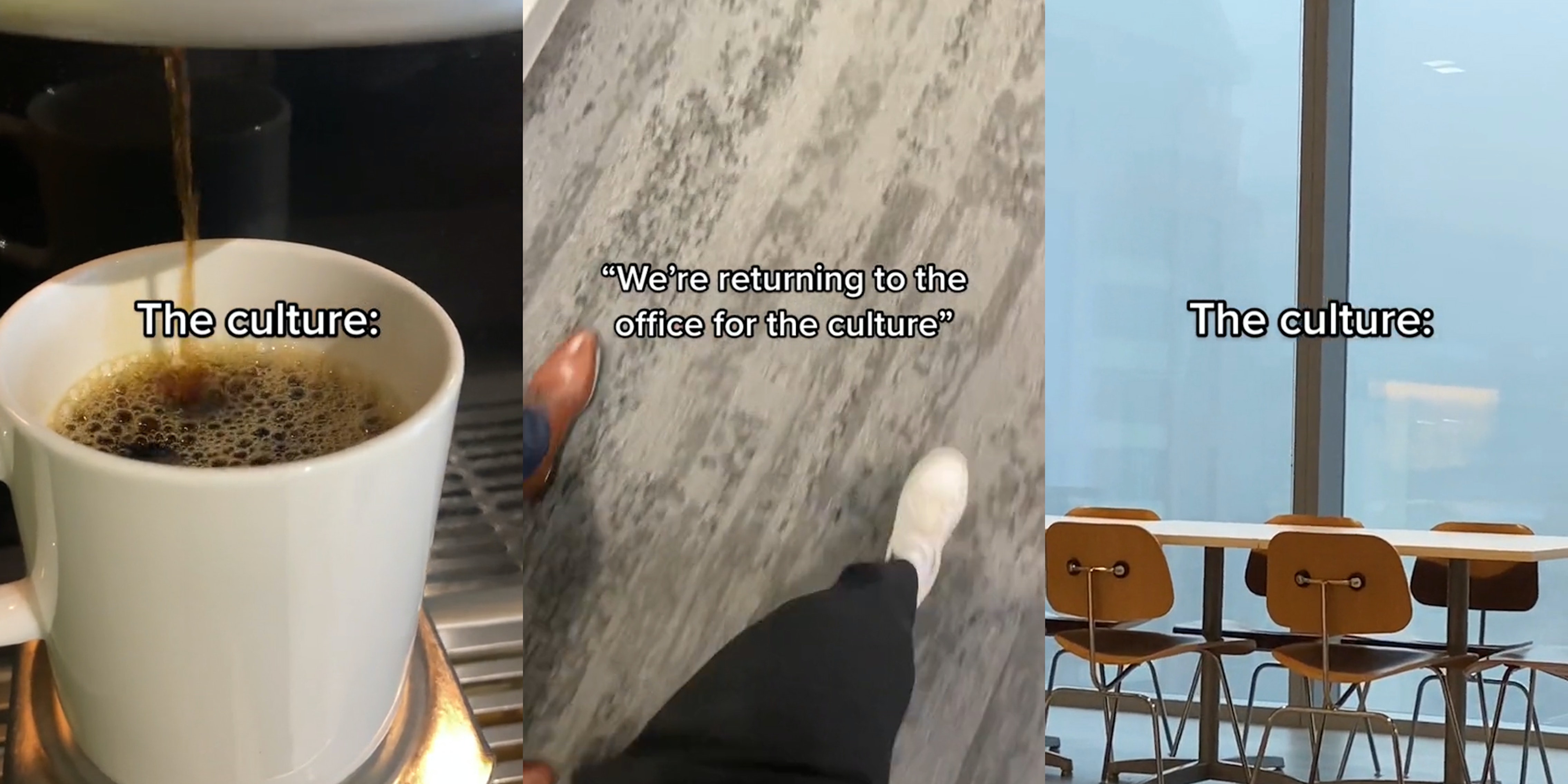 ‘The culture = the company signed a 10-year lease’: Workers mock office that made them return for the ‘culture’

'Wait till you see the view from the office.'

Two workers went viral on TikTok after calling out their employer for making them return to the office for “the culture.”

The workers, Phyl and Daw (@yousillyhp), are two “mid 20 year olds” with a joint TikTok account. They posted the video mockingly highlighting pieces of the “culture” they were brought back to the office for on Jan. 20. As of Jan. 25, the video received over 676,000 views.

“We’re returning to the office for the culture,” they wrote in the video’s on-screen text.

The “culture” in question was two coffee makers, a tabletop foosball set, and an empty dining table in front of dreary windows.

“Wait till you see the view from the office,” Phil and Daw added in the video’s caption.

The sarcastic tone of the video resonated with many viewers, who added their own jokes in the comments section.

“The culture: a ping pong table we can’t use because people are working and it’s in the middle of the office,” one viewer commented.

“And hiding in the bathroom watching tiktoks,” another joked.

Other viewers speculated that companies are making workers return to the office because they have already paid to lease the space.

“The culture = the company signed a 10 year lease,” one user wrote.

“It’s actually about the contracts regarding the property and the lease of land. The other part is micromanagement,” a second added.

While complaining about return-to-office policies, some users shared that they feel most productive when working at home.

“Tbh I get so much more done at home…the office is so distracting and it’s sensory overload,” one viewer commented.

“I left my employer after 8 years after they decided to make everyone return to office for no reason, and I now have a WFH job and am THRIVING,” another shared.

The Daily Dot reached out to Phyl and Daw via TikTok comment.