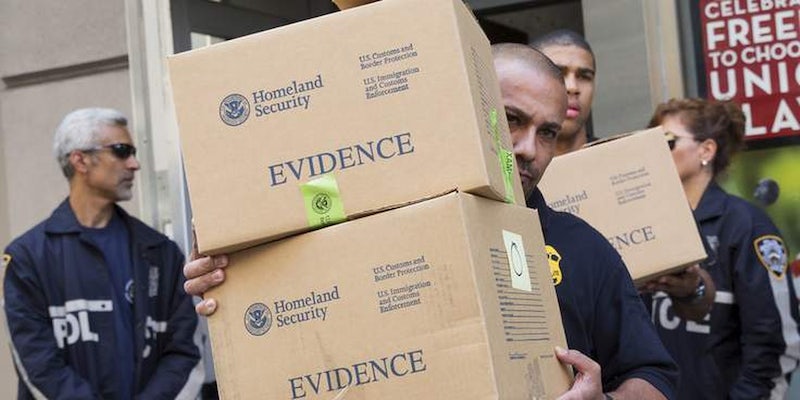 'The real question is whether LGBT orgs will also rally.'

In a move that sent shockwaves throughout the LGBT community, the New York offices of gay sex site Rentboy.com were raided by U.S. law enforcement on Tuesday. Its staff was arrested and charged with promoting prostitution in the first sting of its kind.

Rentboy.com has long been a popular site for male escorts, masseurs, and other man-to-man service providers. The site, which is still operational even though the bust took place Tuesday morning, predates hookup apps like Grindr and allows gay, bisexual, and transgender men to find other guys for quick, consensual sex in exchange for cash. 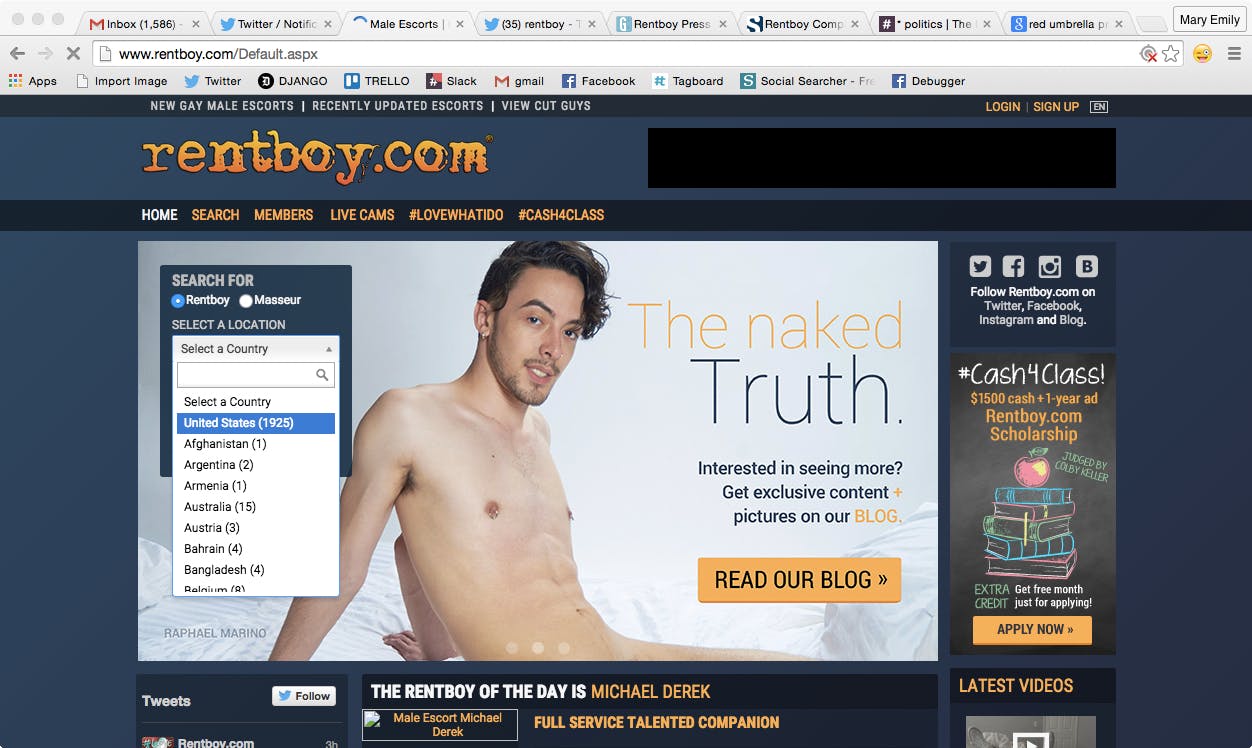 Profiles on Rentboy span the globe, with men and FTM (female-to-male) trans guys offering their services to other men in places far from the LGBT-friendly confines of the United States. It’s also one of the few online markets where FTM trans men can get with cisgender men for sex.

In countries where homosexuality is illegal, even punishable by death, sites like Rentboy provide a service to gay men who have to operate completely underground. 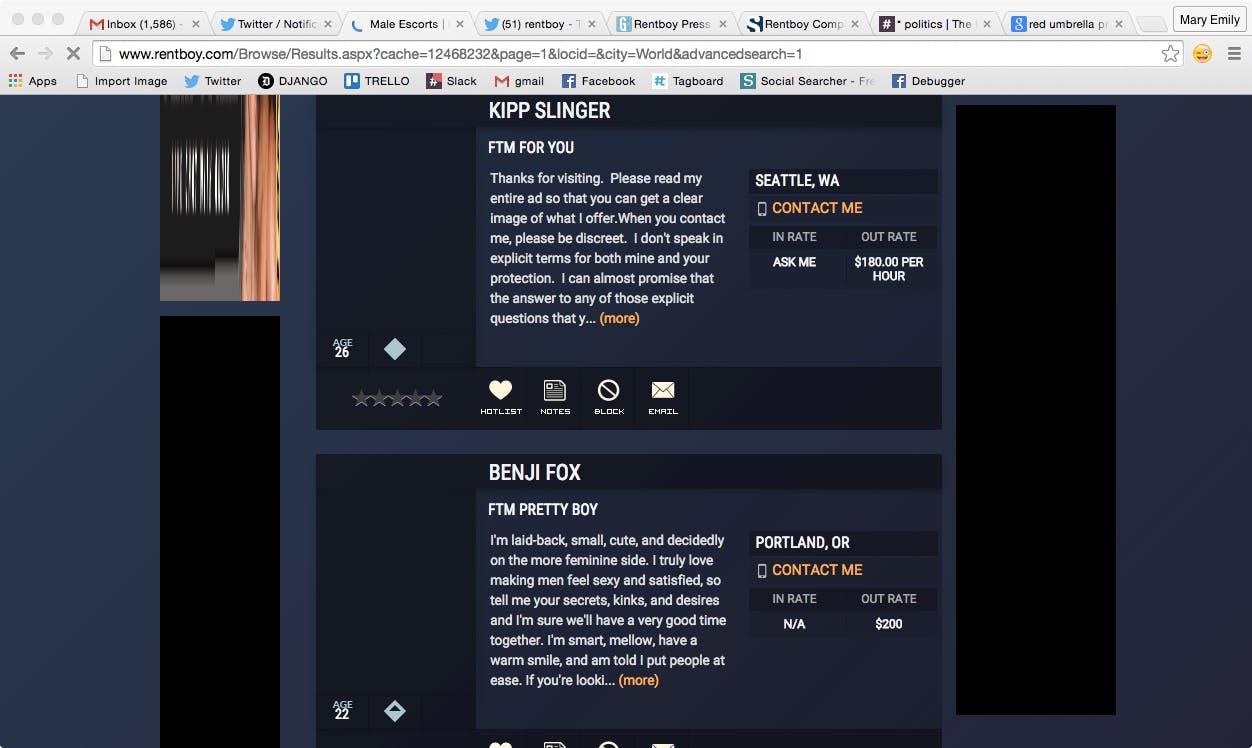 In fact, there are Rentboy profiles listed in Saudi Arabia, Iraq, Afghanistan, Kuwait, Qatar, Brunei, Congo, Ghana, and several other countries where living as an out gay man is usually not an option.

“The sex worker community is rallying around RentBoy staff,” Audacia Ray, executive director of sex worker group Red Umbrella Project, told the Daily Dot in an email on Tuesday. “The real question is whether LGBT orgs will also rally.”

The Rentboy bust, thought by sex worker activists to be the first federal case against a gay male escort website, comes as a shock after years of sex worker organizing for the decriminalization of prostitution. Just this month, the international human rights organization Amnesty International voted to back decriminalization, saying that sex workers are treated as a marginalized group and singled out for their lifestyles.

The federal government’s multi-pronged attack on Rentboy differs from other attempts at shutting down third-party sites that facilitate sex work—such as Backpage.

“Arrests of third parties have historically been focused on companies and agencies that facilitate advertising for women who are escorts,” said Ray. “In those arrests, there is typically a focus on the idea of the women being trafficked or otherwise victimized, and that’s not a framing I’m seeing with this raid.”

The U.S. Attorney’s press release announcing the raid doesn’t allege anything remotely like trafficking or exploitation. Instead, it focuses on the money that the site brought in since its 1997 inception.

“The facilitation and promotion of prostitution offenses across state lines and international borders is a federal crime made even more egregious when it’s blatantly advertised by a global criminal enterprise,” said Homeland Security’s Acting Special Agent in Charge Glenn Sorge, as quoted in the release. “HSI will use its unique authorities to disrupt and dismantle such organizations and seize the millions of dollars in illegal proceeds they generate.”

Seven Rentboy employees in total, including the CEO, were arrested during Tuesday’s raid. In the government’s complaint against the company, both the legal names and the sex industry aliases of the employees were named.

By Tuesday evening, all six NYC-based employees were out on bail. The Daily Dot reached out to Lukas but did not immediately receive a response.

On social media, both members of the LGBT community and advocates for the rights of sex workers expressed anger at the U.S. government’s attack on the gay hookup site.

I am furious with what has happened to https://t.co/McbmsDRX4t. It provides my friends in this industry LEGALLY the chance to make money.

WHERE is the coverage of Rentboy in @TheAdvocateMag etc? They'll publish swill about gays in Iran without a single source, but not this?

In the Rentboy complaint, some of the profiles are related in detail, including a handy guide to sex terminology that appears on the site. Related websites like DaddysReviews.com, and even the annual sex industry awards event the “Hookies” are also referenced. 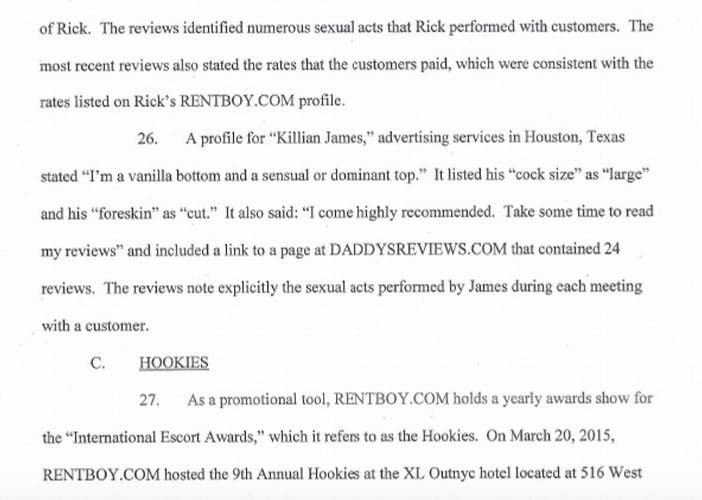 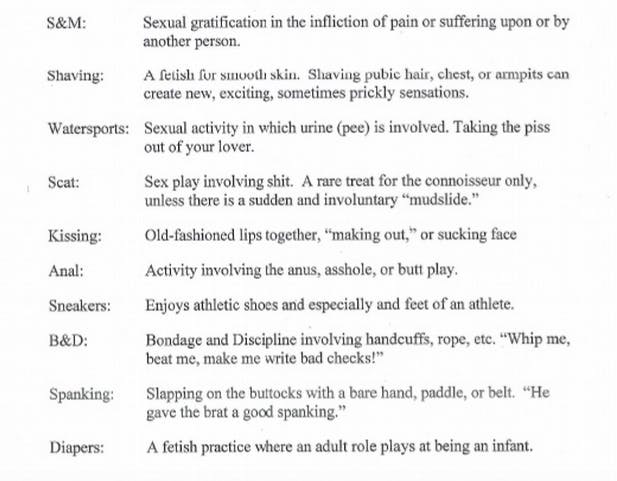 “We as adult entertainment producers and performers have been shunned by some LGBTQ organizations when we have tried to donate our money,” said Angel in a press release. “This makes me sad because essentially they are saying, ‘your money is not good enough to save lives.'”