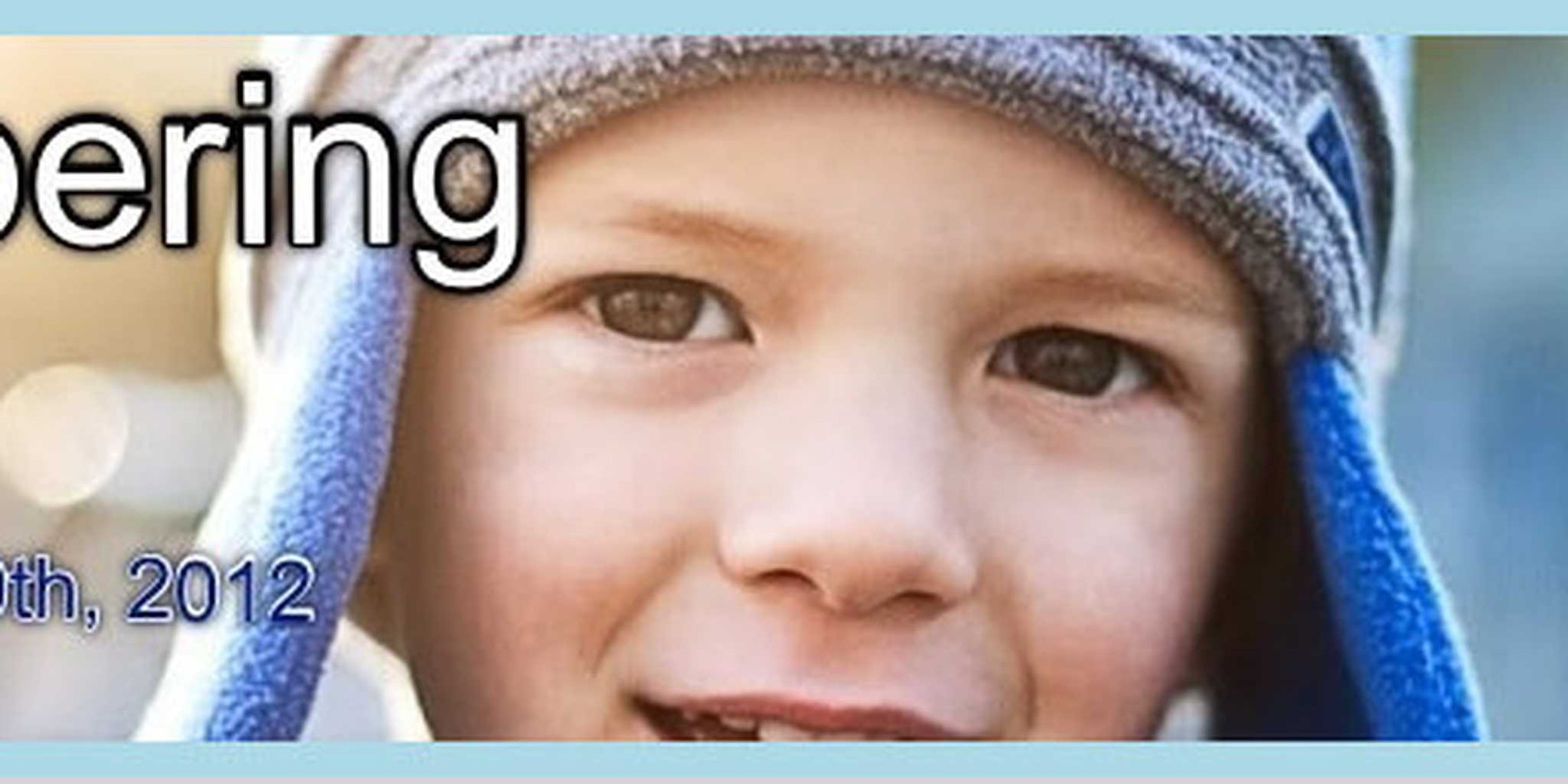 There's no legal recourse for the family whose photos were misappropriated on the Remembering Reilly WordPress blog—good news for the First Amendment, but no consolation for the Gilliams.

The Internet has given the world a whole new way to share photos. Images once kept in musty old albums or forcibly viewed in living room slideshows can be accessed with convenience by friends and family.

But once they’re online, even with the best privacy controls, it’s still hard to keep photos private. And sometimes they fall into the hands of strangers and get used in unexpected or even malicious ways.

That was the recent experience of Sarah Gilliam, a mother from Tennessee, who was shocked to learn several weeks ago that photos of her 5-year-old son Jack had become part of a bizarre Internet hoax in which a teenage girl pretended to be the mother of a child who died of leukemia.

“It was disturbing to see my son’s pictures used in this context,” Gilliam told the Daily Dot. “I couldn’t believe it when I saw it.”

The context she’s referring to was on a now-deleted WordPress blog titled “Remembering Reilly.” Dozens of her son’s photos were used on the blog, which claimed to document the first-person experiences of a mother whose 3-year-old son had died of cancer.

For 10 months, an unknown person used Jack’s images across multiple platforms to perpetuate the outlandish hoax, fooling an audience that included many parents of actual child cancer patients. Stranger still, the whole thing appears to have been inspired by a Taylor Swift song.

The Remembering Reilly hoax first came to Gilliam’s attention on May 30, after she received an email tip from a group devoted to uncovering Internet fabrications. She was alarmed to find photos she thought were private being used as a stand-in for the fictitious Reilly.

Gilliam is a professional photographer who relies on a significant web presence to support her work. But she said the photos of her son were kept on a blog that was only available to friends and family, one that could not be searched through Google.

“We’re still trying to figure out how she got ahold of them,” Gilliam said.

But once the fictitious blogger, who went by the name Casey Bowman, got the photos, it’s clear what she did with them.

It started with the original WordPress blog, which quickly began to spew an abundance of made-up and detailed sob stories. The blog documented painful milestones following Reilly’s passing, including Bowman struggling to tell her imaginary older son about his brother’s death and the family’s first Thanksgiving without Reilly. And Bowman’s lies didn’t stop at cancer: She also claimed another child that died of SIDS and a miscarriage following Reilly’s diagnosis.

The hoax quickly spawned several other sites, including a Facebook page in Reilly’s honor, a tribute blog supposedly set up by one of Reilly’s friends and a five-minute YouTube photo montage—all using photos of Gilliam’s son.

The sites are all believed to have been the construct of a single blogger, who was uncovered by the Warrior Eli Hoax Group. Founded about a year ago, the group runs a blog that uncovers Internet fabrications, particularly ones that play upon people’s sympathies for attention or profit.

A contributor to the hoax-busting blog, Shelly Jackson, came across Remembering Reilly thanks to a Google news alert. Jackson’s own child suffers from chronic myelogenous leukemia, the same form of the disease that Bowman claimed her son had. Once she happened upon the blog, Jackson was struck by a number of factual inconsistencies regarding the diagnosis and treatment of the disease.

“[The blog] was thorough enough that it was easy to be taken in, but one of our contributors noticed that something was a little off,” said Taryn Harper Wright, founder of the Warrior Eli Hoax Group.

Once the group wised up to the hoax, a reverse Google image search showed that the photos had come from Gilliam’s private blog. They reached out to her to confirm her son’s identity, at which point Gilliam and Wright had WordPress promptly shut down Remembering Reilly. They contacted the person claiming to be Bowman, who claimed to be a junior in high school. She quickly took down all the Reilly related content and offered an apology to Gilliam, obtained by the Huffington Post.

I just wanted to directly say to you and your husband that I am so very sorry for what I have done. There is nothing I can say to ease your minds and I do agree that you have every right – beyond every right to be furious with me, and with what I have done. I took your son and said that he died. It is an ungrateful, shameful, humiliating, down right awful thing that I did. If I were in your shoes I would feel the exact same way. There is nothing much to say, except that I am sorry, and I know I keep repeating it to you, but I feel like I forever owe you an apology. I am thinking of talking to a psychologist about what I have done and hopefully he will help me to never do it again. I have also taken a promise to myself to slowly take myself away from the internet and technology and hopefully the absence of technology will help me to stop, find myself, and reflect on the pain I caused and change my ways.

Please find it somewhere to accept my apology. Please stay mad at me, and stay upset for as long as you need, for you ought to, but whether it is a year from now, or 10 years from now, I hope you can forgive me just a little.”

Wright has been in communication with the teenager hoaxster, encouraging her to apologize not just to Gilliam, but to the parents of other cancer-diagnosed children who turned to the Remembering Reilly blog. In some cases, these parents formed actual online relationships with the fictitious Bowman.

As for why the teenager behind did it, it would be easy to assume it was some sort of cash grab. But Wright said no donations were ever collected. In fact, “Bowman” seems to have done it all for the attention, inspired by a pop song.

“There’s a Taylor Swift song that’s out right now, ‘Ronan,’ that’s inspiring a lot of her fans to make up these kinds of stories,” Wright told the Daily Dot. “They may be doing it to express themselves or feel closer to her.”

“Ronan” was inspired by an actual 3-year-old boy from Phoenix who died of cancer just days before his fourth birthday.

Regardless of the fabricator’s motives, however, Gilliam and her husband are still shocked about the misuse of their son’s identity. Even though Gilliam partially blames herself for putting the photos out there, she wants her story to help raise awareness about the “lawlessness” of misappropriating images on the Internet. The Gilliams have spoken to an attorney about their case, but have been advised that they don’t have much in the way legal recourse.

“If we’re all going to be living online in a few years, there has to be some sort of accountability,” Gilliam said.

But the Gilliams are hardly the first parents to have their child’s photo inappropriately used online. Earlier this year, the parents of a young man with Down syndrome sued after a photo of their son was turned into a cruel Internet meme.

In that case though, legal experts noted that it’s been hard to prove defamation or libel online, given the precedence of judges siding with the First Amendment on issues of Internet freedom.

“The legal tools available to these victims aren’t very effective,” said Woodrow Hartzog, an assistant law professor at Samford University. “It’s a good thing from a free speech standpoint; it ensures a healthy amount of free expression on the Web. But it’s bad because we have these torts that are intended to protect people and they’re sort of useless in the Internet age.”