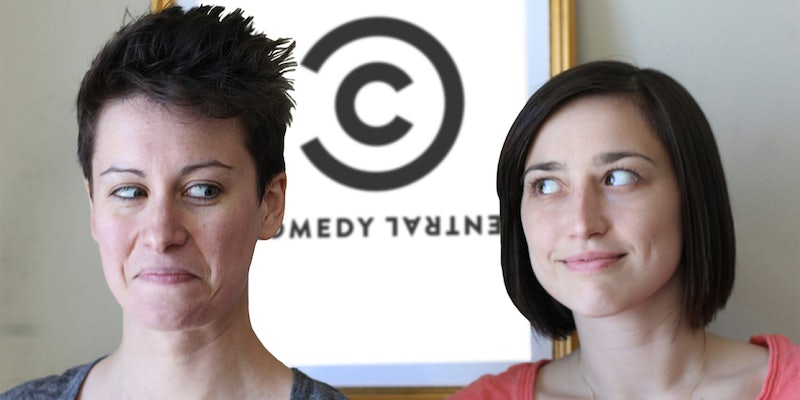 If this show is as great as Reductress' headlines, I'm in.

Reductress, your favorite women’s satirical news site that hits back at sexism, racism, and white feminism one tweet at a time, is getting its own late-night talk show on Comedy Central.

According to the Hollywood Reporter, Comedy Central has ordered a pilot of The Reductress Hour, which will “take on the absurdities of women’s news, trends, broader national subjects and entertainment television,” and feature original segments and interviews.

For the show, the network is collaborating with Reductress co-creators Beth Newell and Sarah Pappalardo. Abby Elliott, who worked as a Saturday Night Live cast member from 2008-2012, will host the show, acting as a personification of the publication’s snarky voice, biting wit, and oftentimes scathing personal drags.

Newell, Pappalardo, and Elliot will all serve as executive producers on the show, along with production company Jax Media, which has produced series including Broad City, Inside Amy Schumer, the TV Land’s Younger, and Hulu’s Difficult People.

Newell and Pappalardo launched Reductress in 2013. The platform has since published a book, hosted live shows, launched a podcast, and constantly entertains women of the web with scathing stories and headlines such as these:

‘I Would Never Date a Black Woman’, Says Man Who No Black Woman Would Ever Date: https://t.co/cLO6aNA2gz pic.twitter.com/kRMNUaijA6

I Lived It: I Went to a Party and the Host’s Dog Ignored Me https://t.co/3CtQ2jm4yY pic.twitter.com/kpUv0qSKqt

I Don’t Wear Makeup For Men, I Wear it Because I Love Supporting Corporations: https://t.co/MaLuUkurHK pic.twitter.com/Y9CXYS7L0P

Once and for All: Female Ejaculate, Is It Pee or A Tiny Spurt of La Croix? https://t.co/yZn0b39ApD pic.twitter.com/ecdl3XpPwO