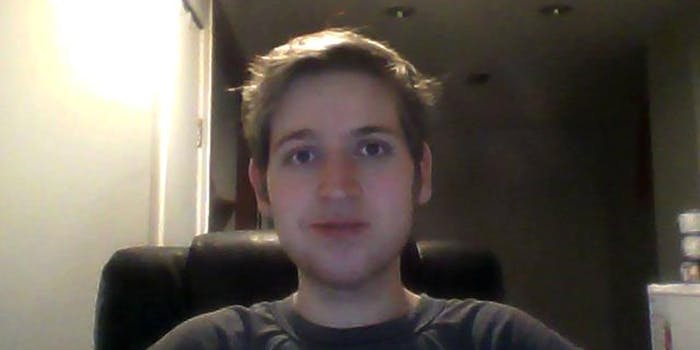 Here’s the ultimate holiday surprise: Greet your family for the first time after you’ve lost nearly half your body weight.

Redditor Duncanconstruction had been working to shed some extra pounds over the past year. Through diet and exercise, he went from 300 lbs. to 170 lbs.

He posted the results to r/loseit, a subreddit geared towards encouraging and supporting fellow redditors’ weight-loss journeys, on Dec. 10. After mentioning that he hadn’t seen his family in about a year due to distance and hadn’t told them about the weight loss, he got lots of requests to film his family’s reaction.

He got his sister in on the surprise, and she held the camera as he came down to the stairs to reveal himself to his dad and stepmom. It takes a few seconds before they realize what happened.

He ended up surprising seven or eight people while he was home, but he already knows his favorite reaction.

“The best reaction was my grandma’s,” he wrote. “The first words out of her mouth were ‘You got a haircut!’ followed by her sudden reaction.”