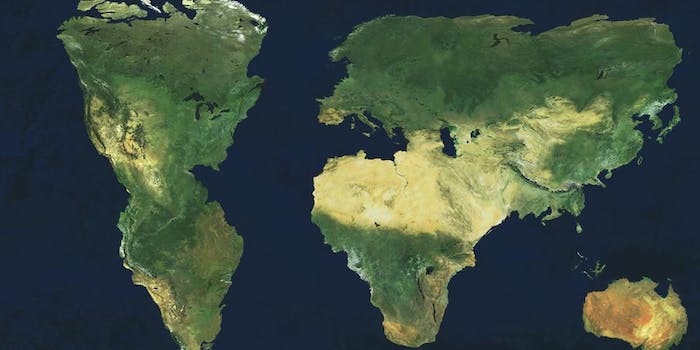 This is the world, according to 30 people who drew it from memory

Redditor zaaakk, a high school senior, recently had a bright idea for an not-so-scientific study sure to fascinate the cartography fiends of /r/MapPorn: have 30 people draw the globe’s continents from memory, then digitally merge the results to see if they evened out to a somewhat accurate—or at least recognizable—result. The answer? Kind of!

The sketches were provided by a variety of University of Ann Arbor students, almost all of whom were American (there was at least one Italian as well), in the summer of 2012. In addition to layering these images atop one another, zaaakk created a Photoshop mockup that spliced his distorted map with geographic details captured by NASA satellites. 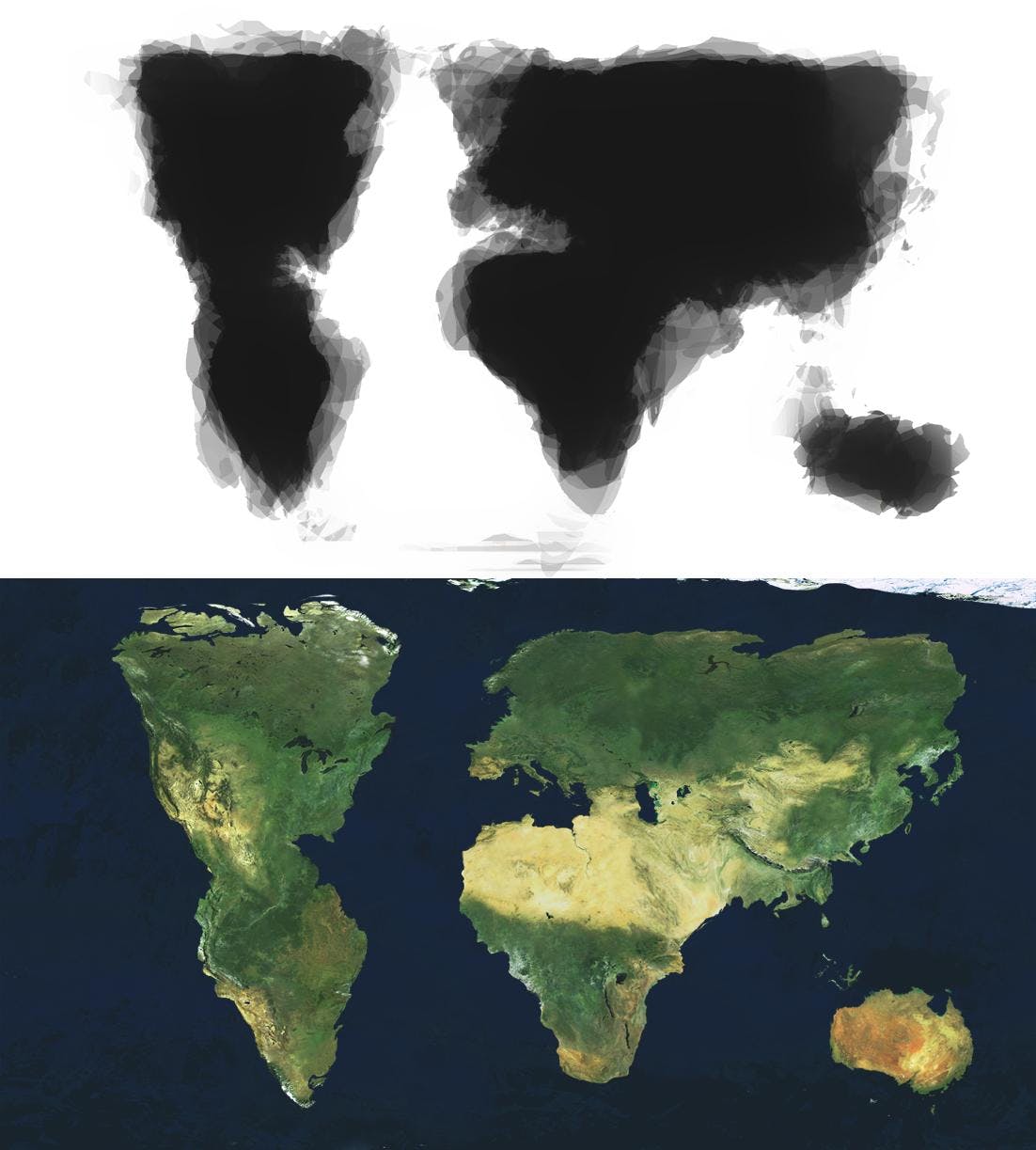 Redditors quickly set about identifying, and having a good chuckle about, some of the missing and exaggerated land masses. Overall, everything has taken on a more blob-like aspect, due to the rounding and simplification of shorelines. We’re also missing New Zealand, Madagascar, the U.K., Scandinavia, Greenland, and a healthy chunk of the Indian subcontinent. Indonesia and the Philippines, meanwhile, have been reduced to one small archipelago, and there’s just the merest shadowy suggestion of a place called Antarctica.

Even more entertaining, though, is scrolling through some of the individual maps that zaaakk compiled. The first approximation is startlingly precise, but the next few? Not so much. Australia and Japan don’t always make the cut, and there’s some debate as to how big Canada and Russia are, especially in relation to each other. Also, perhaps in an effort to conceal an unfamiliarity with the Arabian Peninsula, Asia and Africa are often disconnected.

Oh, well—why should Americans be able to come to a reliable consensus on how the rest of the world is shaped? It’s not like we care what the people who live there think. And don’t come whining to us about our nationalistic ignorance, or we’ll erase your country next.