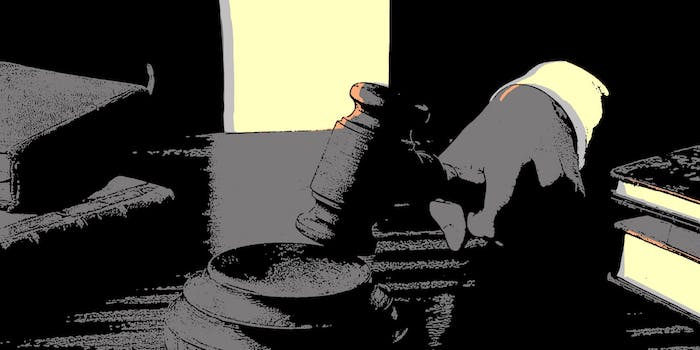 What would you do if you were being trolled from beyond the grave?

On May 14, one woman took her desperation to the legal advice subreddit.

She says, before the troll died, he created a webpage attacking her character—and then renewed the site for 10 years, knowing he was about to die.

Advice in the thread includes suggestions like going after the website’s host and sending a demand letter to the alleged attacker’s heirs.

Write a demand letter to the estate and the person you know to be running the site outlining the defamatory conduct. If they are unwilling, file a complaint seeking damages and injunctive relief against the estate and the third party. Godaddy will not be a defendant as they have no liability under section 230 of the communications decency act. The parties who control the content will be ordered to remove the libelous content and maybe pay.

To figure out what legal recourse the redditor had, the Daily Dot reached out to Matthew Kreitzer, an attorney with Booth & McCarthy in Virginia. Kreitzer first suggests that if someone is using a website to defame you, “Look at the terms of use for that website host. Then, if the content violates the terms of use, contact the site host and see if they will take it down.” (Kreitzer warned that he was giving information for educational purposes; if you do find yourself in these circumstances, seek advice from a licensed, local attorney prior to acting on any information presented.)

If the content doesn’t violate the terms of use, Kreitzer notes that the next course of action could be to focus on the person who posted the content. “The rules vary from state to state, but there is the option to send them some sort of cease and desist or file a lawsuit.”

But what do you do when that person is dead? Well, Kreitzer cautions, the options are “…highly state specific and highly case law specific.” He notes that people in this situation can file something called a proof of claim, which, in Kreitzer’s words, tells the estate of the dead person, “Hey, look, there is this problem. Work with me to fix this.”

If that doesn’t pan out, the person being defamed can “sue the estate itself, the executor, and maybe the Web host. Although [suing the Web host] is highly unlikely.”

In a somewhat similar circumstance, pro-wrestler and former Minnesota Gov. Jesse Ventura successfully sued author and ex-Navy SEAL Chris Kyle for defamation. Ventura first filed the suit in 2012, but continued to pursue the case after Kyle was murdered at a shooting range in 2013. Ventura won $1.845 million.