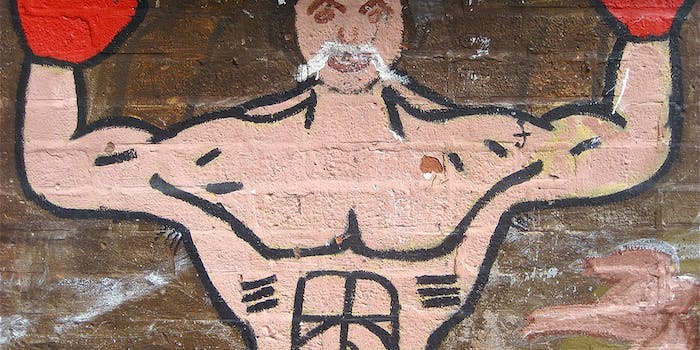 The Southern Poverty Law Center  is well-known for identifying hate groups in America. In its new spring 2012 report, it has made a list of particularly misogynistic sites—sites with titles like Boycott American Women, The Counter Feminist and, well, Reddit.

To be immediately clear: the SPLC, a non-profit civil rights group, is concerned only with Reddit’s “r/MensRights” section, which has gained more than 30,000 followers in its four years. Though it is a deeply entrenched community, it’s by no means representative of Reddit as a whole.

Reddit in general has come under fire for its sexism. But r/MensRights commenters in particular often find themselves cited in the subreddit r/WorstOf, a place redditors link to the most indefensible comments they can find on the site.

But in the words of the SPLC, r/MensRights “is notable for the anger it shows toward any program designed to help women.”

The SPLC also condemns the subreddit for dabbling in conspiracy theories. One moderator, for instance, “writes that there is ‘undeniable proof’ of an international feminist conspiracy involving the United Nations, the Obama Administration and others, aimed at demonizing men.”

r/MensRights is already aware of their newfound status, and none of its members are pleased they were called out, exact reactions are mixed.

Some think the subreddit needs to keep in mind that some of its members go too far.

“I’d like to think that being called out like this will lead to some change in the way you all choose to present your grievances,” wrote ilikesushi.

Some thought the classification was unjustified.

“I admire a lot of the work SPLC has done, [but] they have completely gone out of their way to NOT talk about the things that we discuss here everyday; prison rape, homelessness, suicide, health care, education, wrote Qanan. “issues they claim to champion…but not when it’s men and boys it seems.”

Others, however, were unrepentant.

“Make no mistake, the SPLC would have you on their ‘hate group’ list no matter how mild your position,” wrote DaNiceguy. “Having the temerity to stand up against political correctness is why all those sites are on that list.”