Miami city worker to grandmother: “Put it on the Internet”

After getting hosed by a city worker who dismissed her request for help with a flooded street, the Reddit community got action to help her.

After a 90-year-old Miami grandmother found an Old Testament-sized body of water blocking her driveway Tuesday, she called the Miami Public Works Department for assistance.

They allegedly told her, “Put it on the Internet, otherwise nobody will do anything.”

Well with the help of her grandson, who goes by MBoudet on Reddit, she did just that. (MBoudet did not respond to an interview request.)

MBoudet’s Reddit post shot to the top of Tuesday’s front page, gathering more than 20,000 upvotes and 200 comments. Some people like BlackbeltJones provided MBoudet with contact information for the Miami Herald, the largest local newspaper, while other people like Xenochrist extended their best wishes.

Now thanks to the Reddit community, the grandmother’s problem is on Miami Public Works’ radar.

“I will look into the complaint. In the interim, I will be visiting the location this afternoon with staff,” wrote Nzeribe “Zerry” Ihekwaba, public works director for the city of Miami, in an email to MBoudet.

The photo of the 90-year-old grandmother standing outside near the pool of water not only got Miami Public Works moving. It also inspired some Photoshop-savvy redditors to give the photo a little more drama: 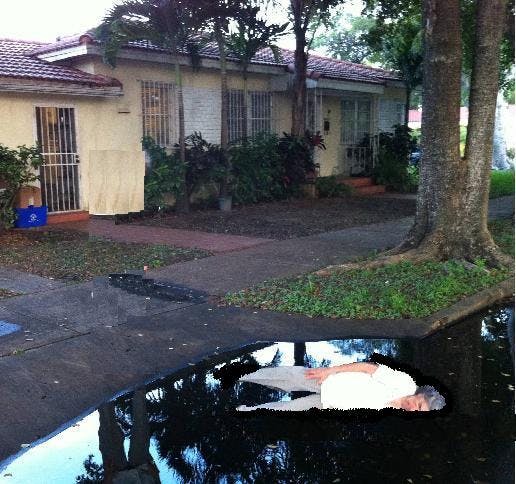 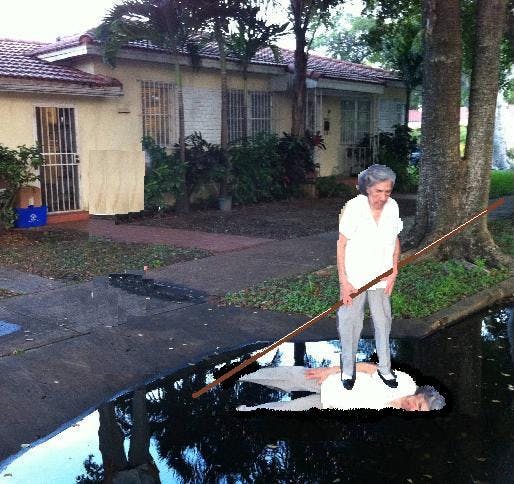 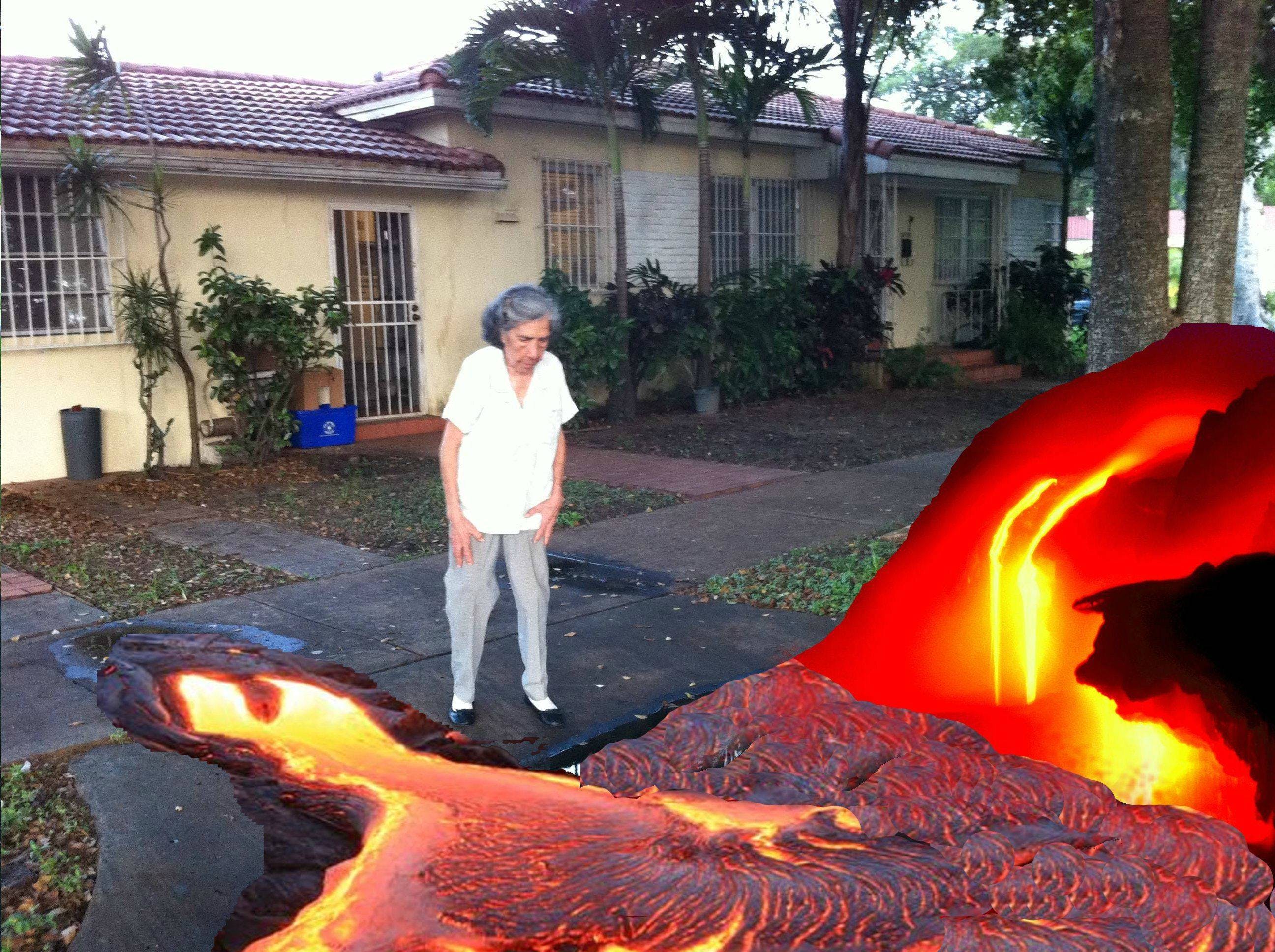 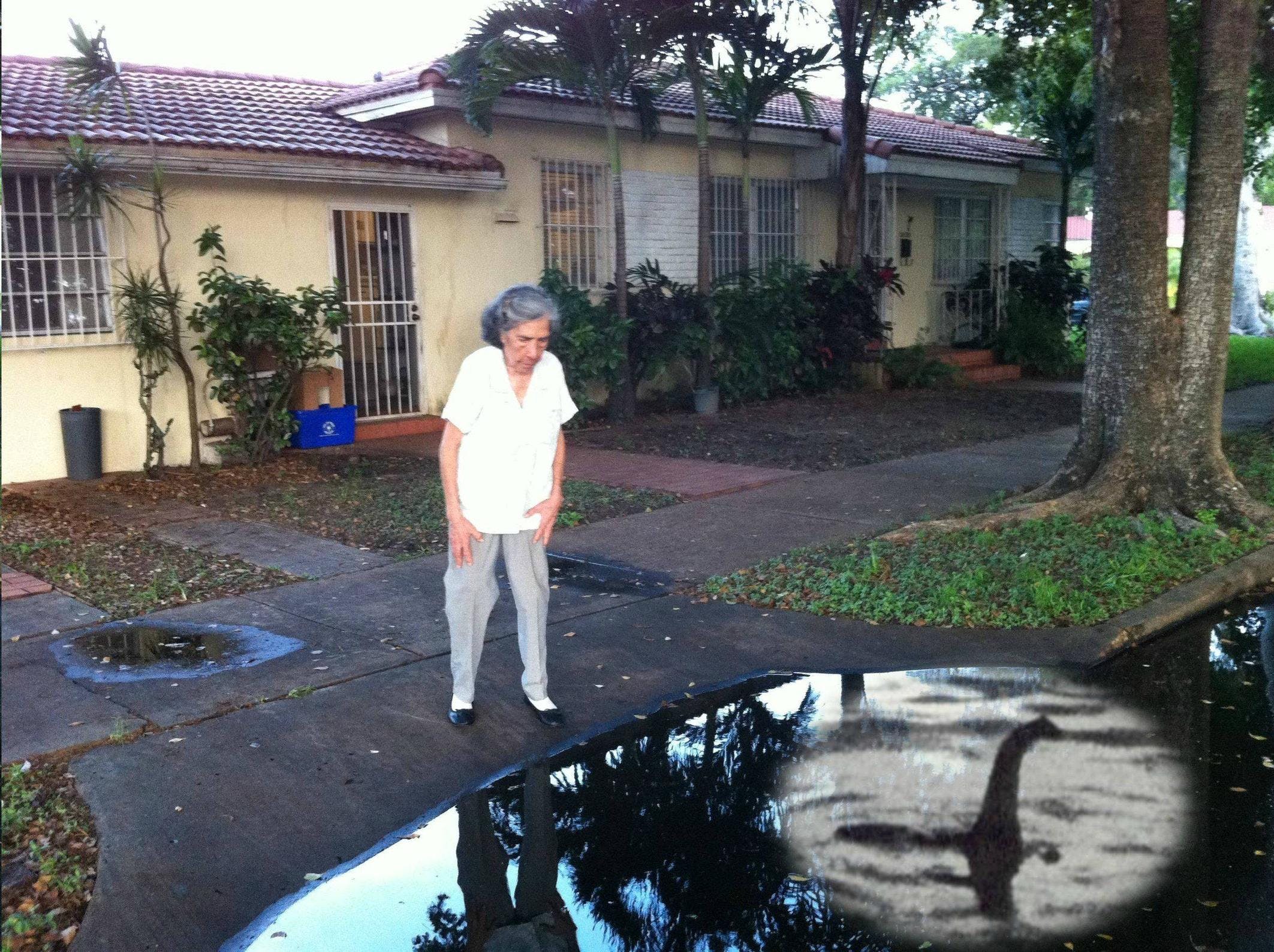 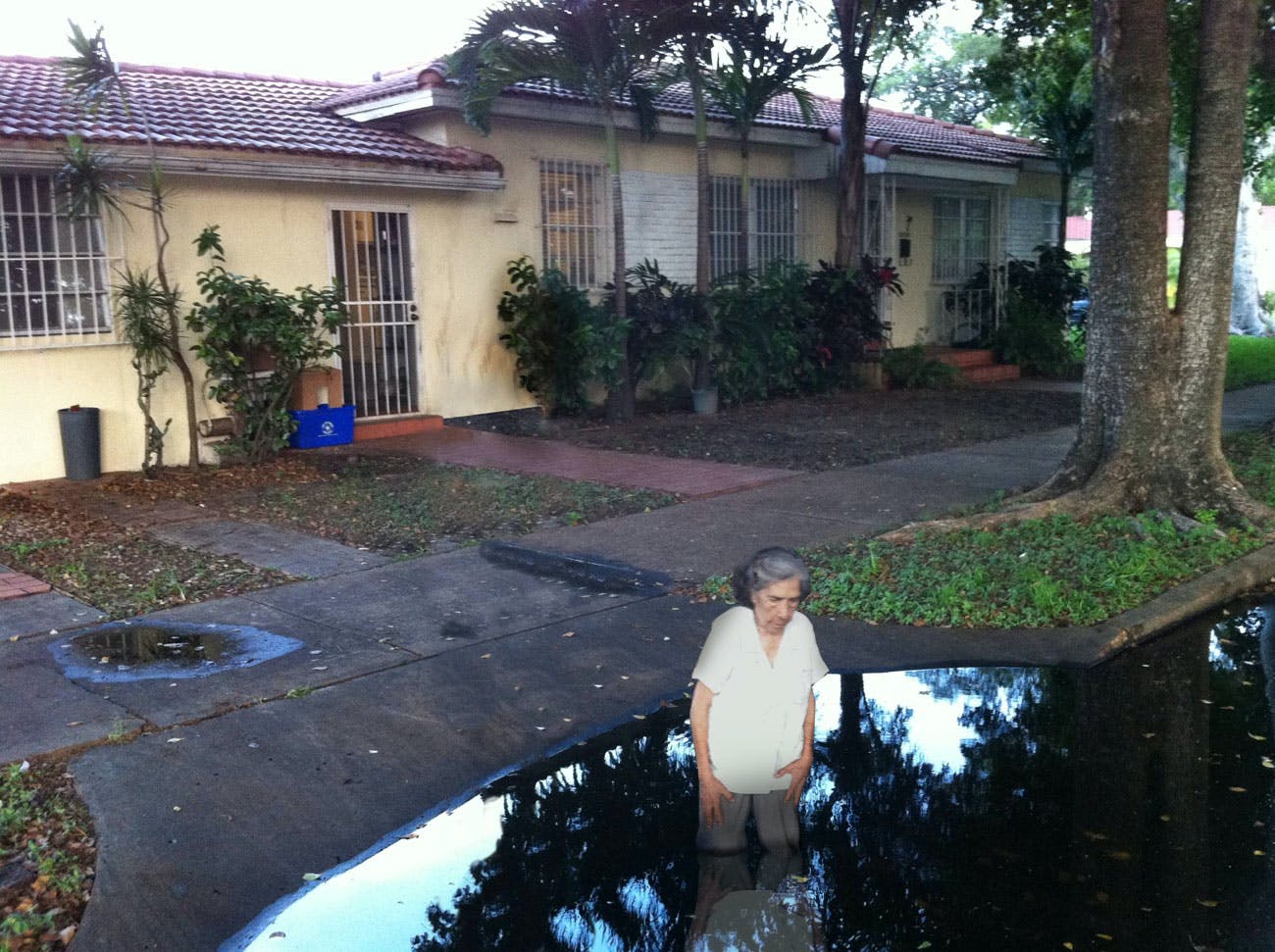 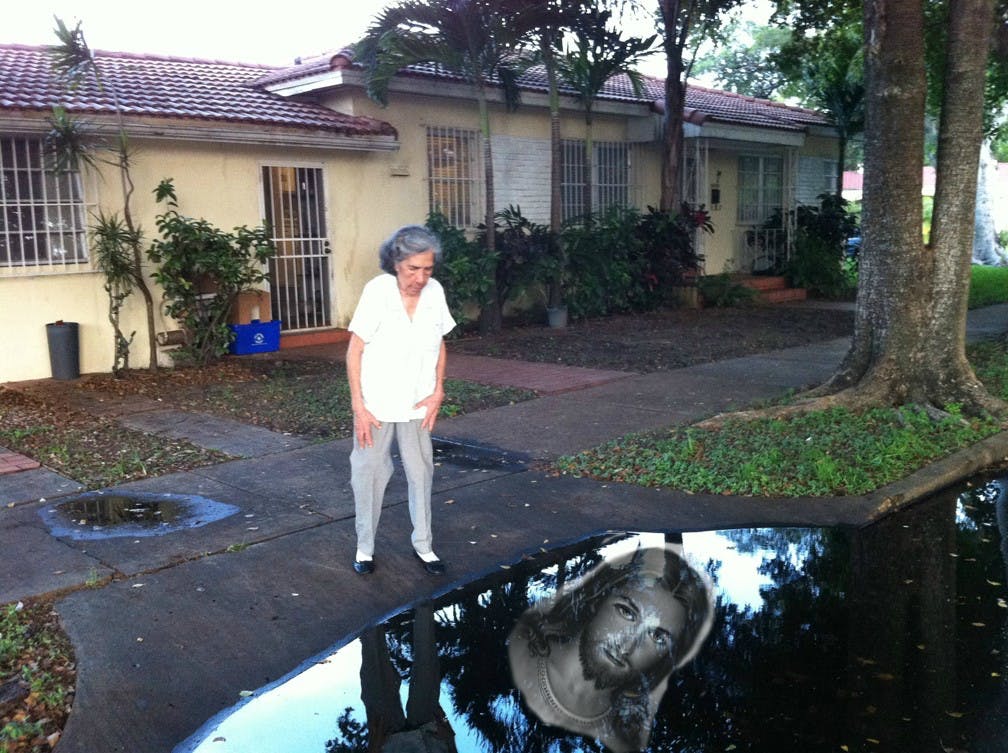