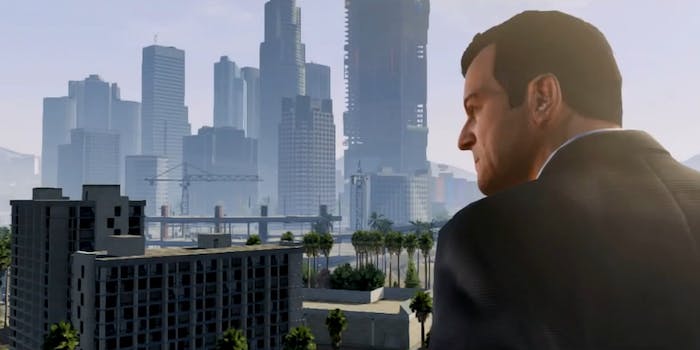 A kind-hearted redditor might help an ill Grand Theft Auto fan get the new game early.

Thousands of gamers are eagerly looking forward to the latest Grand Theft Auto (GTA) game, but one big fan of the series is just hoping he’ll live long enough to play it.

An active member of Reddit‘s r/GrandTheftAutoV forum, where redditors are counting down the days until the Sept. 17 release, CheckeredDots—whose real name is Ben—asked the community about music in the trailers and listed his PlayStation Network (PSN) username for online multiplayer.

But this week, Ben received some harrowing news: he was diagnosed with Hodgkins’ lymphoma. Doctors gave him a “rough estimate” of a “couple of months to half a year, completely depending on the treatment I get.” He added his case was not assuredly terminal.

Ben said he was starting chemotherapy soon, and “of the 18,000 yearly deaths, I’ll survive long enough to play the game!”

As is often the case when one of their own faces serious illness, redditors rallied behind Ben. They offered support and a friendly ear if he needs someone to talk to.

“I have been literally counting down the days to this game since the release date was announced, and anxiously waiting for it for years before that,” wrote darkdaze. “But now after reading this, I can honestly say that I’d rather trade the existence of this game for your life if it were possible.”

One redditor decided to go the extra mile. At first, eam1188 (real name Eric) suggested barraging developer Rockstar Games with tweets and Facebook posts to get Ben a signed copy of the GTA V collector’s edition. However, after emailing his suggestion to Rockstar directly, the company got back in touch.

“After viewing his post, I felt touched and decided it’d be worth a shot to Email Rockstar explaining the situation,” Eric told the Daily Dot. “I couldn’t imagine hearing the news regarding his illness at a time when the game is so close to release.”

Eric has passed Ben’s email address to Rockstar, but the company has not yet got back to Ben. The pair didn’t know each other before Ben disclosed his diagnosis, but he told the Daily Dot Eric added him as a friend on PSN.

Let’s hope Ben can steer clear of the game’s leaked spoilers before he plays it—even the thread about Ben’s cancer wasn’t immune to trolls posting the ending.