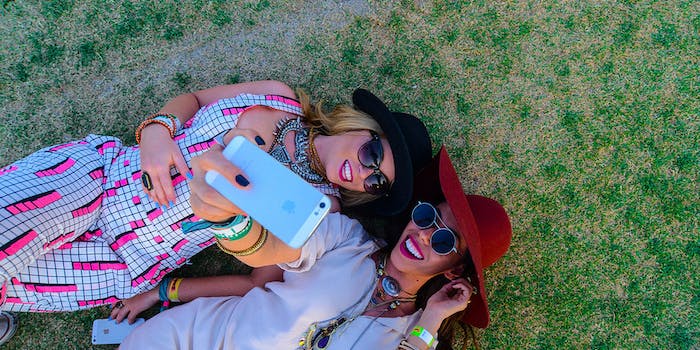 This subreddit of "festival sluts" is yet another gross example of how much Redditors delight in humiliating and objectifying women.

Following Celebgate, it’s difficult to argue that Reddit is a safe haven for female sexual expression. (Not that anyone was laboring under that impression to begin with, but still.) But in the darkest corners of Reddit, it’s not just female celebrities’ naked bodies that are being displayed front-and-center, but those of non-famous women as well. Case in point: R/festivalsluts, a subreddit of X-rated images of female concertgoers, many of which appear to have been taken without the subjects’ consent.

One GIF of a woman flashing her breasts while on another man’s shoulders, for instance, looks like it was taken from a distance. Another depicts a woman wearing underwear and furry boots who is being snapped from behind; yet another shows two unconscious, pantsless women passed out on the floor. But the fact that the women in these photos may not even know they’re featured on the site, or even that they took these photographs to begin with, hasn’t stopped redditors from gleefully commenting on their appearance:

As the folks at Noisey point out, one of the grossest (though perhaps unsurprising) things about r/festivalsluts is how incredibly vicious the redditors are in their critiques of the women in the photos. For every relatively innocuous “nice tits” comment, there are about 10 or 12 comparing a woman’s breasts to “nerds candy on top of beef jerkey,” or any number of other unflattering metaphors.

In truth, it’s not all that shocking that the men who have so little respect for women as to post photos of them without their consent, would have so little respect for their bodies as well. It’s also unsurprising that in response to criticism from the Noisey article, redditors would go on the defensive: “So we’re officially killing people for looking at boobs. Break out the burkas everyone! Your sexuality is wrong and hurtful,” one redditor wrote in a thread responding to the Noisey piece.