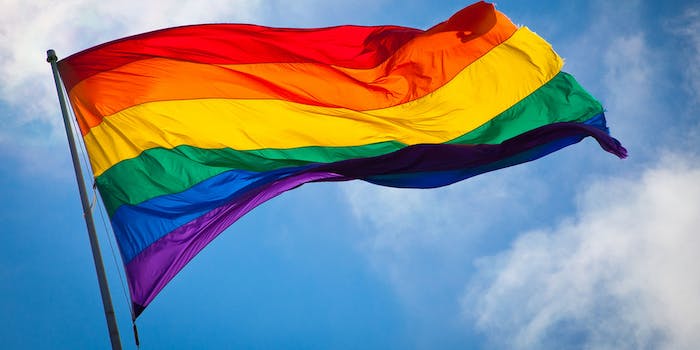 The advice that helped a dad embrace his gay son

It turns out redditors can dish out some pretty good advice sometimes.

A father struggling to accept that his son was gay turned to an unexpected place for advice—and came out with a welcome new perspective.

On Sept. 18, redditor KeyLocket called upon redditors’ help in a post tor/AskReddit.

“What can I do to accept my son being gay? “he asked.

The 43-year-old man went on to explain that he moved his son, then 10 years old, to Boston from the Philippines in 2004. Recently, his son announced that he was gay, prompting his father to reply, “Son, I respect you as a person, and I will always love you no matter what.” But inside, he was far more conflicted.

“Personally, I don’t think I’ve come to terms with it just yet,” he admitted. “How can I learn to accept him?”

While Reddit’s made a lot of headlines in recent years for the sometimes bigoted behavior of its mostly male userbase, the site still leans socially liberal. In 2011, redditors were among many Internet users who blasted Rick Santorum after the Republican Presidential candidate made a series of anti-gay remarks in a GOP debate. Also in 2011, redditors came to the aid of a gay teen who was facing online bullying for his sexual orientation.

In the top-voted comment on the thread, redditor TrishaAyla urged the anxious father to just accept his son for who he is:

Always remember that he is not doing this to hurt anybody or to make your life hard. It simply is who he is and he can’t help it either. Also try to imagine you having to tell your dad the same thing and realize how hard that must have been.”

The outpouring of suggestions—often soothing, but occasionally brash—continued to pour in to the thread. KeyLocket later edited his post to express his gratitude to his new army of advisors.

“Thanks for the support guys, it’s helped more than you think,” he said. “I think through this post, I’ve learned a lot about how to handle this situation, and hope others can learn as well.”

He added a comment that he had fled the Philippines to himself escape judgement and practice acceptance.

The reason I moved from the Philippines was because I wanted to start a new life. My relatives there were having a huge impact on me mentally, physically, and spiritually. They judged me all the time, every single choice I make. I wanted to be different. I wanted to raise my son in an environment, where he can approach different cultures and be accepting. In the process, it’s helped me grow as a person too.”