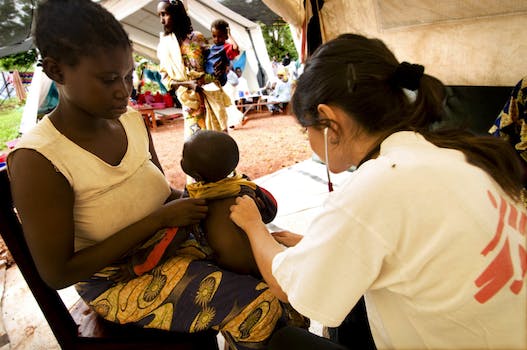 Redditors once again wow Doctors without Borders with their generosity.

Reddit’s r/atheism has kicked off the holiday season with a fundraising flurry, raising more than $170,000 for medical charity Doctors Without Borders, as we reported yesterday.

It turns out, however, this fundraising push represents a lot more than just money.

“This is one of the most successful grassroots fundraising efforts we’ve ever seen,” said Dina Pradel head of product and marketing for FirstGiving, the online fundraising site redditors used to manage donations for Doctors Without Borders.

Pradel told the Daily Dot that FirstGiving’s most successful fundraising drives are usually spurred on by specific events, such as a runs, walks or bike rides. This weekend’s r/atheism event was unique, therefore, because it drew in so many people without any kind of offline anchor, she said.

In fact, it may be more so.

Credit card companies force charities to pay a transaction fee on every donation. FirstGiving lets donors pay the fee themselves. According to Pradel, FirstGiving donors usually pay the fee 40 percent of the time.

Redditors, on the other hand, pay the fee 60 percent of the time.

“The generosity of this community is really inspiring,” Pradel said. “These guys are really superstars of fundraising.”

And what about the actual, practical value of all the money raised?

We love the Reddit community, and we are excited to learn that you will raise funds for our work again this holiday season. Last year, you raised $50,000 for Doctors Without Borders, and we put your funds to work in Haiti, Democratic Republic of Congo, Sudan, Niger, Pakistan, Somalia and 56 other countries.

Denny Crane, a 28-year-old operations manager who organized the drive, told the Daily Dot in an email that his goal was “simply to do good.”

“The community at /r/atheism believes that direct action is what is needed to improve the world, that wishing and hoping and praying are insufficient courses of action that are used too frequently because they’re easily done,”  Crane wrote.

In the case of Doctors Without Borders, more money can often literally mean more lives saved. Crane and the rest of the r/atheism community want to keep pushing, to bring in even more donations. But as for their goal to “simply do good”—they’ve already succeeded.