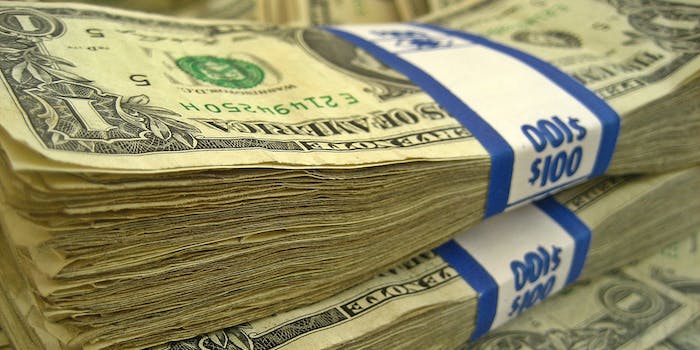 If you like getting max value for your $100, Hawaii probably isn't a great place to move.

If you want to be rich, just move to Mississippi.

That’s where you’ll get the most bang for your buck, according to a new report from the Tax Foundation. The group ranked Mississippi as the top state in terms of how much one could buy with $100.

“For example, Tennessee is a low-price state, where $100 will buy what would cost $110.25 in another state that is closer to the national average,” the group explained. “You can think of this as meaning that Tennesseans are about ten percent richer than their [plain-dollar-value] incomes suggest.”

Here’s the entire map of the United States, either for bragging or woe-is-me purposes. (For metropolitan areas, the city where $100 buys you the least is Honolulu.) 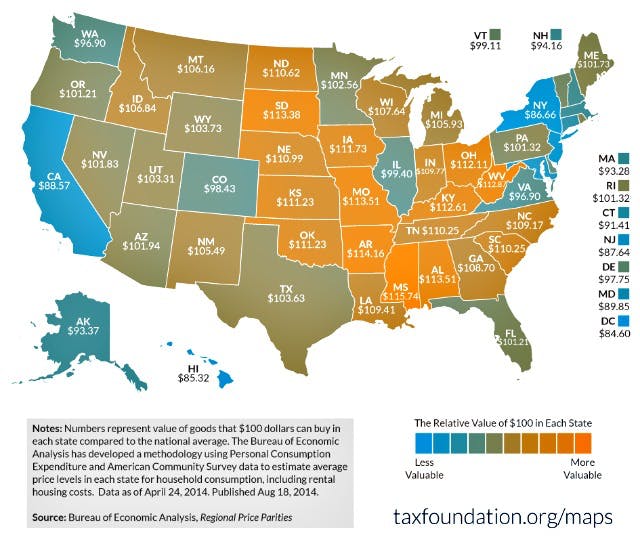 As the foundation pointed out, a dollar is worth about 40 percent more in Hattiesburg than in our nation’s capital. To put that in real dollars and compare it with another state, a Kentucky resident making $40,000 after taxes would need to earn $53,000 in Washington, D.C., to maintain an equal standard of living.

“As it happens, states with high incomes tend to have high price levels,” the Tax Foundation explained. “This is hardly surprising, as both high incomes and high prices can correlate with high levels of economic activity. However, this relationship isn’t strictly linear: for example, some states, like North Dakota, have high incomes without high prices. Adjusting for prices can substantially change our perceptions of which states are truly poor or rich.”

What does this mean? Forget about moving to Mississippi. Instead, pack your bags for Fargo. We hear it’s getting to be nice this time of year.”