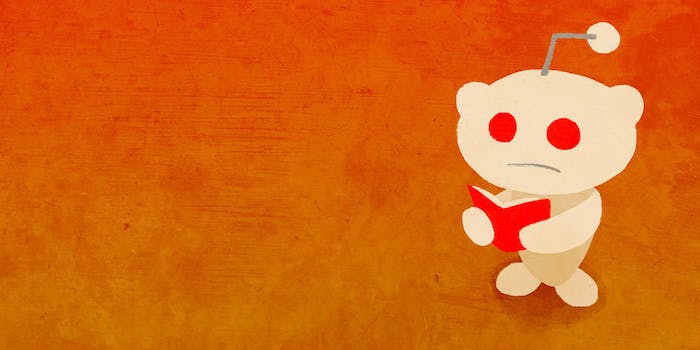 Listing 'books' as an interest could lead to more dating app matches.

If you’re trying to attract someone on a dating site, you might want to pick up a few BookShots (or, you know, a regular book) because according to some anecdotal evidence, people who talk about reading are really successful at online dating.

The numbers come from a “study” from MyBae, which resembles not so much a scientific analyzation of data as an observation of how people are using the dating app so far. In MyBae, users find each other by tagging themselves with their interests, like #basketball or #knitting. And according to them, “people that used reading-related tags had more success overall than any other tag type.”

Book nerds are loving the news on Reddit, because book nerds love being validated.

The Daily Dot has reached out to other dating sites to see if their data tells the same story, but this “study” isn’t exactly revolutionary. It makes sense that finding out a potential partner likes reading is a plus, or at least value-neutral. Liking reading implies someone is interested in learning, or at least patient enough to sit down and make it through a novel. I can’t imagine anyone stumbling across the profile of someone who says they like to read and thinking that, in and of itself, was a turnoff. Reading is a very common, very broad experience.

However, the anecdote maybe shows just how strange it is to judge anyone based off an online profile. Listing “books” or “reading” as an interest is incredibly vague. Two people could like books, but one only reads Elizabethan novels while the other spends their time reading Mein Kampf for the 76th time. It’s not a guarantee the two will have anything in common, only that they’ve both participated in one of our oldest forms of entertainment.

But, hey, whatever gets you laid.