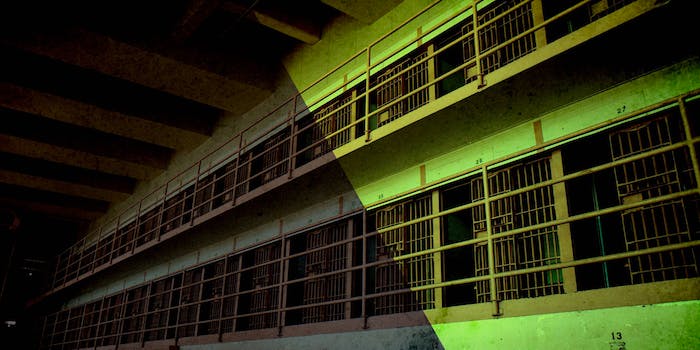 She is now pressing charges.

A bipolar rape victim—known as Jenny—was jailed in December 2015 for nearly a month after she had a mental breakdown in the courtroom while testifying against her attacker.

According to the Washington Post, Jenny was called into court to recount the gruesome details of the day she was choked and raped by Keith Hendricks.

Halfway through her testimony, however, Jenny froze.

“We all agree she needed to be treated for mental instability,” her lawyer Sean Buckley told the Post.

However, her stay in psychiatric care was short-lived. Not long after, Jenny was handcuffed and taken to Harris County jail for 28 days, reportedly to ensure that she would testify. Eventually, Jenny did comply and her testimony helped sentence Hendricks to two life terms; however, many say that Jenny didn’t deserve to be jailed.

Prosecutor Nicholas Socias—who feared Jenny would not return to the case—argued that Jenny should be held in custody until she could finish her testimony, RawStory reports.

“Jenny called me and said, ‘Mom, I’m in the Harris County jail,'” the victim’s mother told the Houston news station.

And with jail came even more complications.

A complaint obtained by the Post alleges that Jenny was physically assaulted by other inmates, was placed in the general population of the jail despite the facilities having a mental health unit, was mistakenly booked as the defendant rather than the plaintiff, and—perhaps most disturbing—“was forced to drink from a spigot attached to a dirty metal toilet.”

And in early January, Jenny was punched in the face by a guard after she accidentally hit one while having a psychiatric episode. This led to an assault charge that was later dropped, according to Mic.

“This young lady should never have been put in the Harris County jail,” Buckley told KPRC. “That is not an environment for a rape victim.”

Now, however, Jenny is seeking justice.

The state of Texas issued a writ of attachment against Jenny which allowed the state to to jail her. KPRC reports that these may be issued to hold witnesses in custody without bail to help ensure a testimony; however, they are usually only given to people deemed a flight risk or someone with a criminal background. Not someone like Jenny.

“Putting a witness in jail on a material witness bond is highly irregular and reserved for the worst of the worst witnesses, maybe gang cases,” former prosecutor Kim Ogg told KPRC. “They can be protected by placing them in a hotel, you can place them with family, you can keep in contact.”

District attorney Devon Anderson has not commented on the case. However, her spokesperson later released a statement saying that “because the DA’s Office has been notified that a lawsuit is imminent, we cannot go into details about this case.”

The statement continues: “However, witness bonds are a common tool used by prosecutors and defense attorneys when the lawyer has reason to believe that the witness will be unavailable or make him or herself unavailable for trial. A judge must approve a witness bond. In this case the judge and family agreed with the decision to obtain a witness bond.”